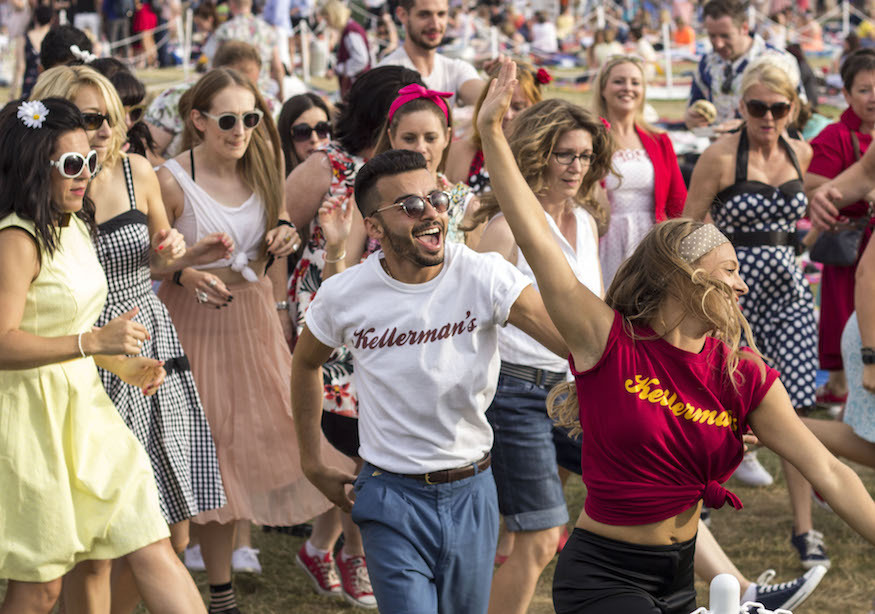 This is a sponsored article on behalf of Secret Cinema.

Calling all Dirty Dancing fans! Have the time of your life this summer as the classic film gets the Secret Cinema treatment – for just three weeks.

Those wizards of Secret Cinema have recreated Kellerman’s, the location where the sparks fly between Frances “Baby” Houseman and dance teacher Johnny Castle.

Put on your best dancing shoes and travel back to the summer of ’63 for an epic, immersive three-hour experience between the ups, downs, dance moves and fallouts in the Catskills. Try out croquet, shuffleboard and other games, or gather your family and compete for the Kellerman’s cup in sports such as volleyball, mini golf and crazy races.

Wander around Kellerman’s and mingle with some notable surprises along the way. You may hear rumors and secret whispers, but in the end it’s up to you to decide if you dare to follow the temptation and sneak away in the dark.

We can’t give too much away – Secret Cinema excels at surprises, and this production will be no exception – but we do know there will be food, exotic cocktails and a chance to shake those hips during a cha-cha class with Johnny. to be . As with all Secret Cinema events, photography and filming are not allowed so you can fully immerse yourself in the moment without any distractions and to keep the surprise for future Kellerman guests.

Never seen the movie? No problem – what better way to experience it for the first time than to be immersed in it. Expect romance, family fights and lots of dancing. A very special screening of the film also takes place after the immersive experience, with key scenes played simultaneously on stage – known as mirror moments. This really is the full package.

Dressing up is what Secret Cinema is all about, so don’t be shy about putting together your costume (watermelon optional). Nothing in your wardrobe? You can stock up on all the essentials at the Kellerman’s Mountain House Store before arriving, and the Kellerman’s Mountain House website will give you a taste of what to expect that night. It’s an outdoor event, so whip out those sunglasses and make the most of summer in the Catskills. Their Secret Zone 3 location – somewhere in West London – is only revealed to ticket holders, adding to the air of mystery and anticipation surrounding Secret Cinema’s latest production.

Secret Cinema presents Dirty Dancing takes place from 13 to 31 July 2022 at a secret location in London. Tickets start at £35 and must be pre-booked. It’s an 18+ event†