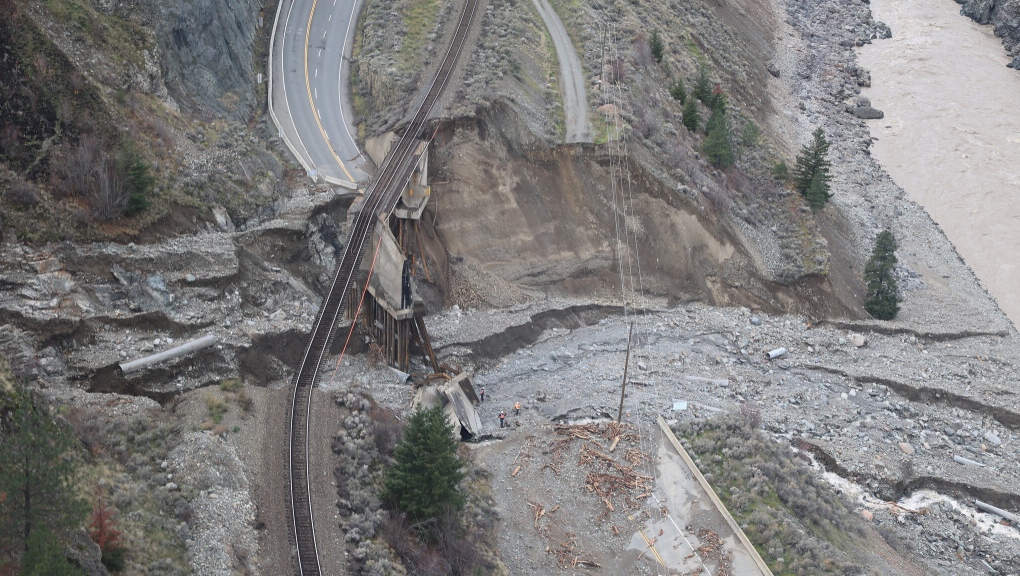 Officials in British Columbia are closing some roads as predicted heavy rainfall and warm weather increase the risk of flooding in parts of the province.

The Department for Transport says Highway 1 between Lytton and Spences Bridge, which was damaged by road washes last year, was closed yesterday as a precaution and a geotechnical assessment has been ordered.

Another stretch of the same highway near Salmon Arm, BC, between Tappen Beach Road and 65 Avenue, is due to mixed single-lane traffic due to muddy debris.

Cold, rainy weather delayed the spring thaw by about a month and there are concerns that several days of above-average temperatures could quickly melt heavy snow layers and flood some waterways.

The River Forecast Center says current models point to possible flooding this weekend, with parts of the Okanagan and Boundary regions being the hardest hit, depending on the amount of rain.

Emergency services have warned residents in several communities with evacuation warnings, saying they should be prepared to leave if the flood risk increases.

They cover areas in Coalmont and Tulameen northwest of Princeton, Smithers and along the Skeena River north of Terrace.