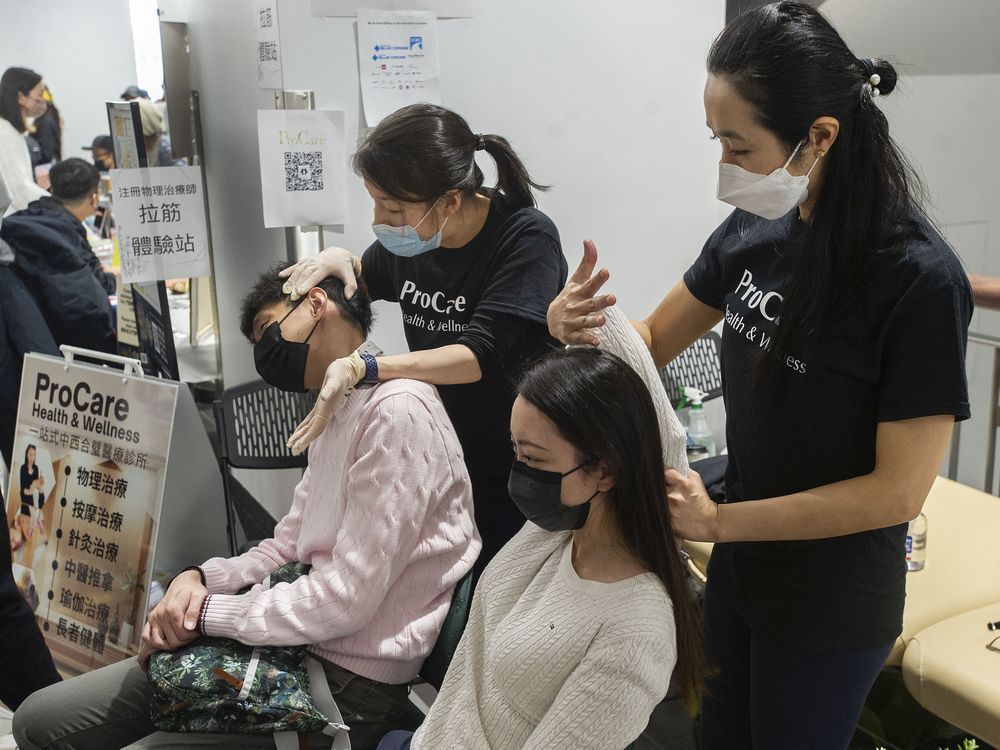 The first Hong Kong festival in Vancouver on Saturday drew more than 3,000 people to the city center to enjoy the familiar sights and sounds of the unique culture.

Among the 72 vendors selling a range of culturally-inspired food, clothing, jewelry, art, and other creations, attendees were seen participating in Mahjong and Jungle group games, documentaries, celebrity fan clubs, Cantonese workshops, and other activities.

“Our idea was to create a safe space for Hong Kongers to come together, to be around people who speak the same language, to showcase our culture and traditions, because without actively preserving our culture, these are fading,” said Heiky Kwan of HK House, a volunteer-run group that funded the free event.

“This is a deeply emotional event for everyone,” said Kwan, a Hong Kong native.

When Sharon Chan’s eyes started to water when she first entered the foyer and noticed a sign that read “hometown” in her native language. She moved to Vancouver in 2020.

“It’s hard to miss that childlike feeling of home,” said the 41-year-old mother of three from Port Coquitlam, whose parents live in Hong Kong.

Chan, the owner of Mama In The Kitchen, sold her homemade version of Hong Kong street food flavours, curry fish ball sauce and oils at the fair.

“I want people to remember the love of their childhood when they take that first bite.”

The event was not without recognition of the political turmoil Hong Kong is facing as the Chinese government pushes for greater influence over the city.

For vendors “Side Lee” and “Rekh,” who stood behind their paintings of pig-like figures in police uniforms, some firing at masked protesters, the unrest is not such a distant memory.

The couple, who asked not to use their official names for fear of retaliation, said they were among 14 people accused of rioting at Hong Kong Polytechnic University on Nov. 18, 2019, during the 2019-2020 protests against a law that was proposed to allow extraditions to mainland China.

Side Lee, who lives in Vancouver on a work permit, nearly lost use of his hands after Hong Kong police arrested him on campus that day.

“The police tied my hands together and forced me to lie on my stomach for 15 hours,” said Side Lee. “My hands turned blue and swollen.”

The young artist said it took him two months to restore feeling in both hands.

“He told me he wouldn’t want to live if he couldn’t make art,” said Rehk, his girlfriend.

For her, the most terrifying part of the ordeal was breathing as the police unleashed tear gas on the protesters.

In January, the 28-year-old was granted Canadian refugee status after fleeing to Vancouver in 2020 following the riots.

“I couldn’t stay in Hong Kong anymore,” Rehk said. “My family is pro-China and they kicked me out of the house. My friends were controlled by the government. Some of them are still in prison.”

Alez Fung and Emma So, owners of Metro Vancouver’s candle company If We Burn You Burn With Us, said the fair was their way of spreading messages of hope to fellow Hong Kongers.

Tealight candles they sold for $2 burned to reveal images of Cantonese sayings, including “Fight For Freedoms” and “Stand With Hong Kong.”

“It’s our way of telling people in Hong Kong like my aunts and uncles that we haven’t forgotten them,” said So, who has not traveled back since the 2019 protests.

“I would only go back to Hong Kong without a phone, or with a completely erased one.”