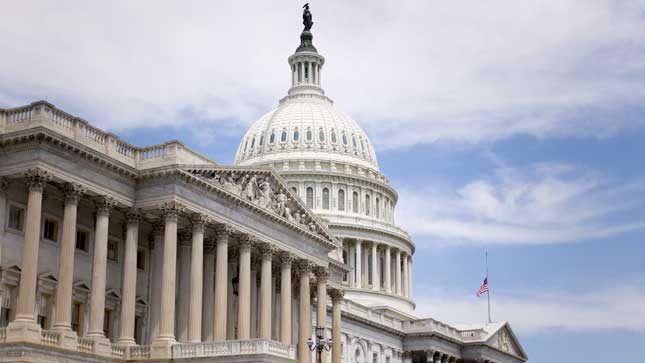 The legislation, titled the Restoring Hope for Mental Health and Well-Being Act, passed by 402-20 votes. Six Republicans and one Democrat did not vote.

The package calls for the creation of a Behavioral Health Crisis Coordination Office in the Substance Abuse and Mental Health Services Administration (SAMHSA), which would be tasked with strengthening access to crisis care. The office would receive $5 million per year from fiscal year 2023 through fiscal year 2027.

It also reauthorizes millions of dollars in state, territorial, tribal and tribal grants to provide community mental health services for adults with severe mental illness and children living with severe emotional disorders. Up to five percent of that funding can be spent on early intervention activities.

In addition, the legislation re-approves a number of mental health programs and calls for promoting the availability of quality housing and rehabilitation services for people with substance use disorders.

And it forces the Secretary of the Department of Health and Human Services to direct or support research that examines the effect of smartphone and social media use on adolescent health and development.

Mental health concerns have increased around the world. The prevalence of anxiety and depression has risen 25 percent worldwide in the first year of the COVID-19 pandemic, according to a scientific report released by the World Health Organization in March.

The Biden administration expressed support for the package on Tuesday. In a policy statement, the Office of Management and Budget (OMB) said the legislation will “provide vital investment to build our mental health and substance use care system.”

“The Restoring Hope for Mental Health and Well-Being Act of 2022 will help build a more robust behavioral crisis system in the United States by investing in crisis response and addressing community mental health and substance use needs,” the OMB added.

In a statement following passage of the package, Rep. Frank Pallone (DN.J.), a sponsor of the legislation, reported increased levels of anxiety and depression.

“This bill is needed today more than ever. Americans report increasing anxiety and depression and increased use of opioids and other substances,” Pallone said.

“The Restoring Hope for Mental Health and Well-Being Act will help restore hope for millions of Americans. The legislation strengthens and expands more than 30 critical programs that collectively provide support for mental health and prevention, care, treatment and recovery support services in communities across the country,” he added.

Rep. Cathy McMorris Rodgers (R-Wash.), another sponsor of the pack, praised the pack.

US gas pipelines leak every 40 hours: Report the 20 House Republicans who voted against the package to tackle substance abuse and mental health

“I am grateful to all my colleagues who led to many solutions in this bill, and for the strong bipartisan work that led to today’s passage in the People’s House,” she wrote in a statement.

“Our goal is to build on this for stronger families, stronger communities and a better future for all,” she added.