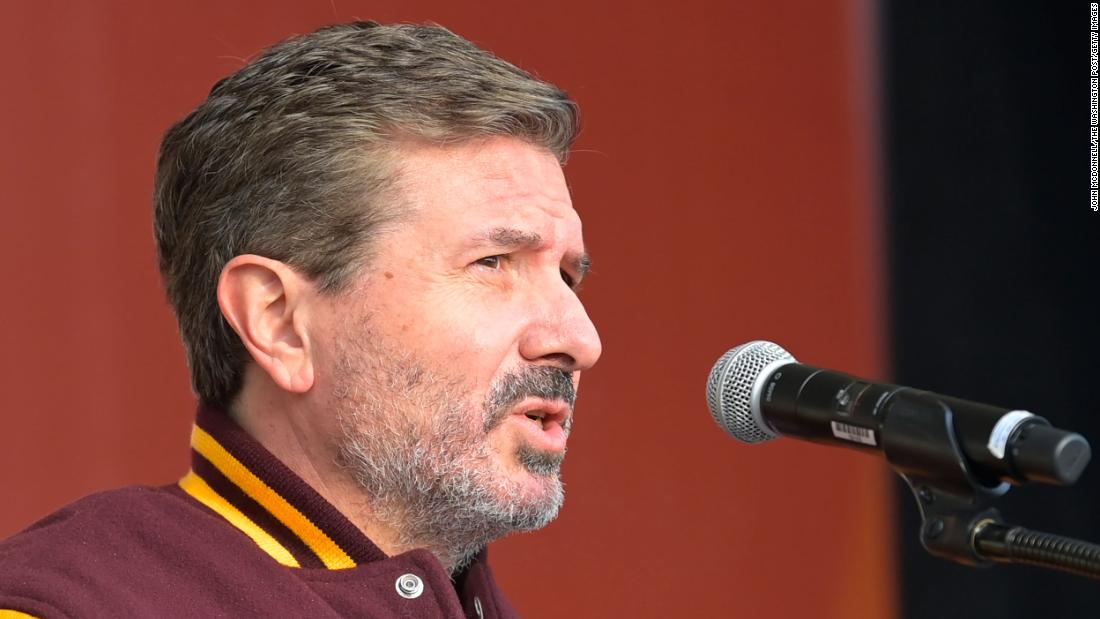 Maloney said Snyder “fired women, but not men, who entered into relationships with other employees while defending male executives accused of sexual harassment,” according to testimony from former top team managers during the panel’s eight-month investigation into the culture of the company. commanders and the NFL’s response.

The New York Democrat said Snyder sent private investigators to the homes of former cheerleaders, “offered hush money to buy their silence,” prepared a “file” containing statements from journalists, lawyers and former employees accusing the team of harassment and attempting to blame to give up former team president Bruce Allen for the team’s problems.

“The NFL was aware of his actions, but could not stop him,” said Maloney.

Snyder declined to testify at the hearing, but Maloney announced she plans to serve a subpoena to enforce his testimony next week. A spokesperson for Snyder said the hearing was “little more than a politically charged show trial, not to expose the truth.”

“Clearly, the outcome of the House Oversight Committee’s investigation of the Washington Commanders was predetermined from the start,” said Snyder’s spokesman.

Last year, following an internal investigation by attorney Beth Wilkinson, the National Football League fined the team $10 million, and Snyder handed control of the franchise’s day-to-day operations to his wife, Tanya. But the NFL declined to publicly release its findings, leading to the House Oversight Committee’s review in October.

NFL Commissioner Roger Goodell testified before the panel on Wednesday, saying the commanders’ culture was “not only unprofessional, but toxic for far too long.”

“It is clear to me that the workplace in Washington was unprofessional and unacceptable in many ways: bullying, widespread disrespect for colleagues, use of degrading language, public embarrassment and intimidation,” Goodell said. “In addition, the commanders had a woefully flawed HR function for a long time, particularly with regard to reporting practices and record keeping.”

But Goodell insisted that the commanders’ workplace has changed for the better and that Snyder was “facing unprecedented discipline,” including the fine. He said Snyder has not attended any league or committee meetings in the past year, noting that the commanders had “established a brand new, highly skilled and diverse management team” and “renewed” their cheerleading program and leadership with a coed dance team. . In 2020, the Commanders hired Ron Rivera as their head football coach and Jason Wright as their team president.

Goodell also said the team had not received a written report from Wilkinson to preserve the confidentiality of those who participated in the internal investigation, but could release a “summary of key findings” “if appropriate” in the future. Illinois Democratic Representative Raja Krishnamoorthi suggested the NFL could release a detailed report with redacted names if needed.

Republicans said on Wednesday the House Oversight Committee should have spent its time on more important national issues — such as rising consumer prices, the baby food shortage, record numbers of illegal border crossings, fentanyl overdoses or the stock market tanking — and focused on investigating the federal government’s investigation into rather than the private sector. Maloney said the committee had the power to investigate “anything and everything,” prompting at least one Republican member to say they would remember next year, when the GOP prefers to take the House back. .

“This commission is failing the American people,” said Kentucky Rep. Jim Comer, the highest-ranking Republican on the panel.

Maloney disagreed, noting that attorneys general in six states had told the NFL in April of their “grave concerns” about allegations of harassment of women and minorities at work and that the NFL had begun a new investigation on based on the work of the committee.

The NFL hired former Securities and Exchange Commission chair Mary Jo White to investigate a sexual harassment allegation against Snyder by former employee Tiffani Johnston, a former cheerleader and marketing manager for the team. Johnston told the congressional committee that the commander’s owner had put his hand on her leg under the table at a work dinner and had tried to persuade her to get into his limousine. Snyder has denied Johnston’s allegations.

“Some have argued that protecting women is not worth this committee’s time. I strongly disagree,” Maloney said. “For more than two decades, Dan Snyder refused to protect the women who worked for him from the toxic culture he created. The NFL has failed to protect these women, too. Now I believe it’s up to Congress to protect them, and millions more like them.”

Maloney said she had introduced two bills to “ensure that employers like Dan Snyder can’t abuse nondisclosure agreements to silence employees — or film their employees” and use the footage without their permission. Goodell said he supported the bills’ intent.

“In concept, we definitely support it and we’re happy to work with your staff,” Goodell said.

Snyder was invited to appear before the panel on Wednesday, but according to Maloney was out of the country.

“We also invited Daniel Snyder to testify today. But instead of showing up and taking responsibility for his actions, he chose to leave town,” Maloney said. “Apparently Mr. Snyder is in France, where he has docked his luxury yacht near a seaside resort. That should tell you how much respect he has for women in the workplace.’

Snyder attorney Karen Patton Seymour said the commanders’ owner is willing to cooperate, but the committee was not “willing to consider changing the date of the hearing,” according to the four-page letter obtained by CNN. .

“The commission also stated that it is not prepared to consider changing the date of the hearing, despite Mr Snyder having a long-standing business conflict with the commanders and being out of the country on the first and only date the commission has set. proposed for the hearing,” the letter reads. “The committee instead pushed for a yes-or-no answer from Mr. Snyder whether he would appear for the hearing at the appointed time.”

When asked by Maloney what “specific steps” the NFL would take to hold Snyder accountable for failing to testify, Goodell said, “I have no responsibility whatsoever whether he appears before Congress. That’s not my choice. That’s his choice. .”

Correction: An earlier version of this story marked the wrong day for comments from House Oversight Committee chair Carolyn Maloney. It was Wednesday.