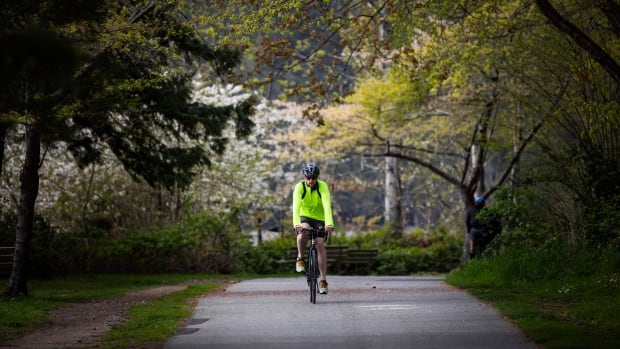 The idea of ​​”bicycle highways” isn’t exactly new — they exist in parts of Europe and elsewhere — but according to cycling advocacy group HUB, you can’t call what Metro Vancouver currently has bicycle highways.

They’re basically like highways for cars, Hammer says — except much less expensive, well-branded, paved, well-lit, easy to follow, no stops needed, and possible year-round use.

He says routes should be longer than five kilometers and connect several municipalities, as well as places where many people work, live, shop, attend universities and have access to transit hubs.

This week, the group released a report outlining proposed next steps for the implementation of bicycle highways in the region.

Metro Vancouver already has extensive bike routes. A 2020 study by HUB and TransLink shows that in 2019 there were 4,595 kilometers of designated bike paths in the region.

According to Hammer, the routes link the region fairly well, but there are significant gaps – and more importantly, many of the routes are not considered comfortable to use by most cyclists, which generally means cyclists are not protected. against motor vehicles.

At the time of the study, only 46 percent of the indicated routes were considered comfortable for most cyclists.

However, it is not necessarily a big job to convert some of the existing infrastructure into bicycle highways.

“For example, you could take an existing stretch of infrastructure like the BC Parkway — which goes from Surrey through New Westminster, Burnaby and Vancouver — and upgrade it to a bicycle highway,” he said.

“So people could cycle all the way from Surrey to Vancouver, or just part of it.”

Other routes that could be similarly upgraded to bike highways include the Adanac and Francis Union Bikeway, the Central Valley Greenway, and the Tri-Cities to North Shore Corridor, according to the HUB report.

Jonathan Cote, mayor of New Westminster and chairman of the Mayor’s Council for Regional Transport, agrees that reaching the level of cycle highways is within reach.

“There’s already a bit of a backbone and some infrastructure, so we’re not starting from scratch with this idea,” Cote said.

“I don’t think it’s a barrier, but it’s probably a lot of different little holes and challenging projects that will require some creative thinking and some investment to really create what I would say is a cohesive and very effective cycling. the region.”

Hammer does not dare to estimate what it would cost to properly connect the bicycle network in the region. But he and Cote both said funding for such a project would have to come from a variety of sources, ranging from municipalities, the state and federal governments, and even TransLink.

“It has been known for some time that investments in cycling infrastructure can be some of the most cost-effective ways to provide transportation options in the region,” he said.

As for the speed with which the plan could come to fruition, Cote said there appears to be broad agreement among mayors that it’s a good idea, and he hopes this will be formalized when the Mayor’s Council adopts its 10-year priority list later this month. .

“The time is right and I think the motivations are there,” he said.