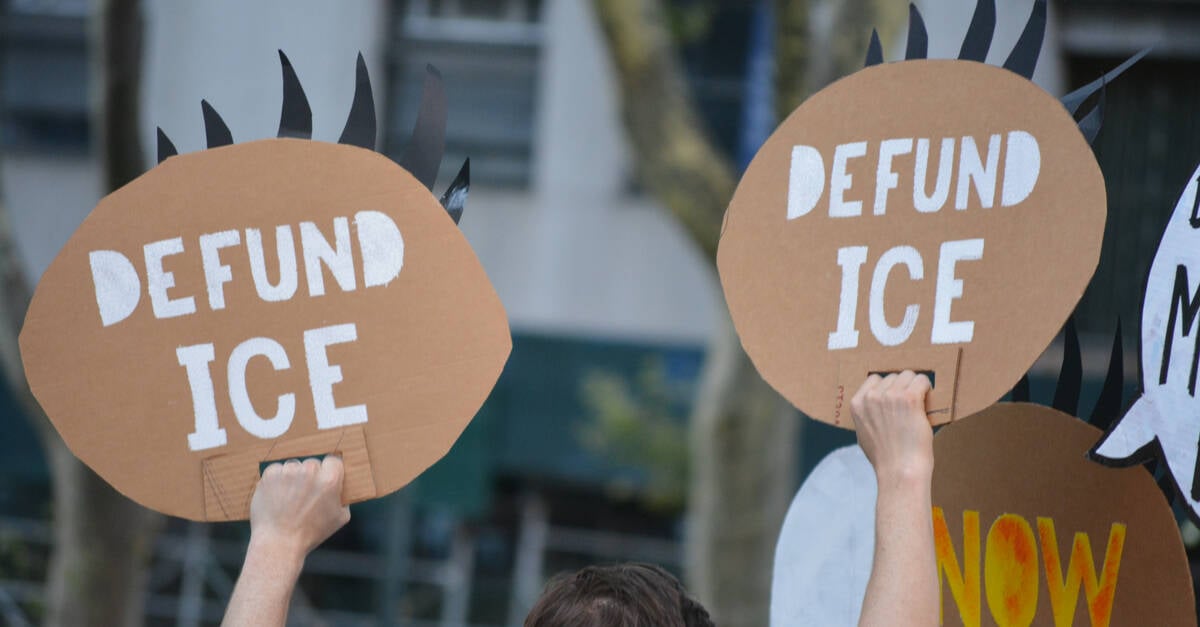 The U.S. Immigration and Customs Administration (ICE) has spent about $2.8 billion over the past 14 years on a massive “dragnet” that uses big data and facial recognition technology to secretly spy on most Americans, according to a report from Georgetown Law’s Center. for Privacy and Technology.

The investigation lasted two years and included “hundreds” of Freedom of Information Act requests, along with reviews of ICE’s contract and tender data. It describes how ICE spending on surveillance has increased from about $71 million a year in 2008 to about $388 million a year as of 2021. The network it bought with this $2.8 billion means that “ICE is now operating as a domestic surveillance agency” and its methods cross “legal and ethical lines,” the report concludes.

ICE has not responded to The register‘s request for comment.

In addition to accessing government agency data on individuals, ICE also purchases utility customer data through its contact with data brokers Thomson Reuters. This is because undocumented migrants may not want to provide their information to government agencies — such as the DMV — for fear of eviction. But they still have to connect their house to water, gas, electricity and internet.

“For people who cannot be easily traced through traditional sources,” a quoted marketing letter from Thomson Reuters reads, “the location data of utility connection records can provide the only current and accurate address and phone number information available.”

According to the Georgetown researchers, this type of contract with private data brokers has helped ICE collect utility data from more than 218 million customers in all 50 states and Washington, DC.

Access to all this information, along with AI tools to scan and analyze massive data sets, has turned ICE into a modern domestic spy agency, the report suggested:

This includes using facial recognition technology to scan driver’s license photos of 32 percent of all adults in the US, the study said. In fact, ICE has access to driver license data from 74 percent of U.S. adults and tracks car movements in cities where nearly 70 percent of the adult population live, it added.

In addition, ICE was automatically alerted when 74 percent of American adults connected gas, electricity, telephone or Internet to a new home, giving the agency their home address.

And as the researchers noted, “Almost everything is done illegally and in secret.”

In one particularly heartbreaking example, the report describes how ICE used interviews with unaccompanied children crossing the U.S. border and interviewed by the Department of Health and Human Services about family members in America who could care for them. Under an information-sharing agreement between the two agencies, ICE used the interviews of these children to arrest at least 400 of their relatives. The practice has now been formally banned by the agency.

Congressional and state lawmakers are mostly unaware of ICE surveillance activities, according to the researchers, who noted there have been no congressional hearings or no Government Accountability Office report focusing on such efforts.

And as such, the report’s authors called on Congress to better monitor ICE surveillance. This includes updating the Driver’s Privacy Protection Act (DPPA) to prohibit the use of DMV data for immigration enforcement purposes, or at the very least require a warrant or court order.

In addition, states should prohibit the disclosure, sale or resale of utility data for immigration purposes, the team suggests.