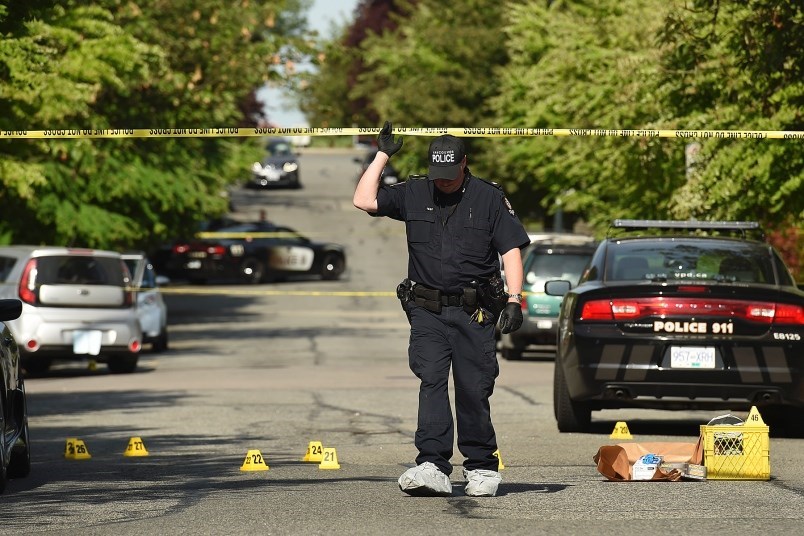 Reducing red tape at town halls, the need for more affordable housing in the first and second place

Public safety ranks third on a list of top concerns identified by 180 members of the Greater Vancouver Board of Trade, who were recently surveyed about concerns that are of paramount importance as the Oct. 15 municipal election approaches. British Columbia.

Reducing red tape related to obtaining permits and licenses followed by the need for more affordable housing in Vancouver and across the region, where rents and house prices continue to rise to stratospheric heights.

Announcing the research results on Thursday (May 12), Bridgitte Anderson, president and CEO of the Board of Trade, said in a press release that public safety “hasn’t registered so high on corporate radars in recent history.”

At the same time, the survey found that public safety ranked fifth when respondents were asked to identify key issues that were not satisfactorily addressed by municipal governments.

Homelessness came first in that category, followed by housing, fiscal responsibility and ease of doing business in a municipality.

The survey doesn’t indicate where each member operates or belongs to a company, but Vancouver’s politicians and police have heard loud and clear from many entrepreneurs, business associations and citizens that public safety is a top priority.

That was revealed on April 28 and May 10 at a two-day city council-hosted public safety forum at City Hall, where business leaders from Chinatown, Gastown and Commercial Drive shared stories of street disorder, drug use and graffiti.

Nick Pogor, executive director of the Commercial Drive Business Society, said crime, vandalism, graffiti, excessive alcohol use, drug use, camping in parks and on the street are the norm on the Drive.

“This is a super, super important issue, not just for the residents of Vancouver, but a very, very urgent matter for small businesses in the city of Vancouver and especially on Commercial Drive,” Pogor said.

Pogor said small business operators cannot and should not be left to manage safety and security services in their shopping districts, adding that “it has become unmanageable and is not financially viable.”

He wants to see regular patrols by the police, but said that “the VPD cannot be left alone to handle all these problems alone.”

Pogor advised the council that park rangers should be present in all of the city’s parks and that more street-level assistance is needed from Vancouver Coastal Health and BC Housing to help those homeless.

“All this requires more housing solutions,” he said. “And I applaud the city’s work over the past months and years to gain support from the state and federal levels. This is good work. Keep it up.”

But public safety wasn’t cited as the reason 64 percent of respondents said they’ve considered moving their business outside the region — it was because of affordability concerns.

That statistic is coupled with the fact that 83 percent of respondents said the cost of housing in the region has had a major or some impact on the ability to recruit workers.

Other results of the survey, which was conducted between April 4 and 22, included:

• 71 percent support a strong or somewhat Indigenous bid to host the 2030 Winter Olympics and Paralympic Games.

• 62 percent said investment in transit was insufficient to meet the needs of the population.

The full results can be read on the website of the board of trade.