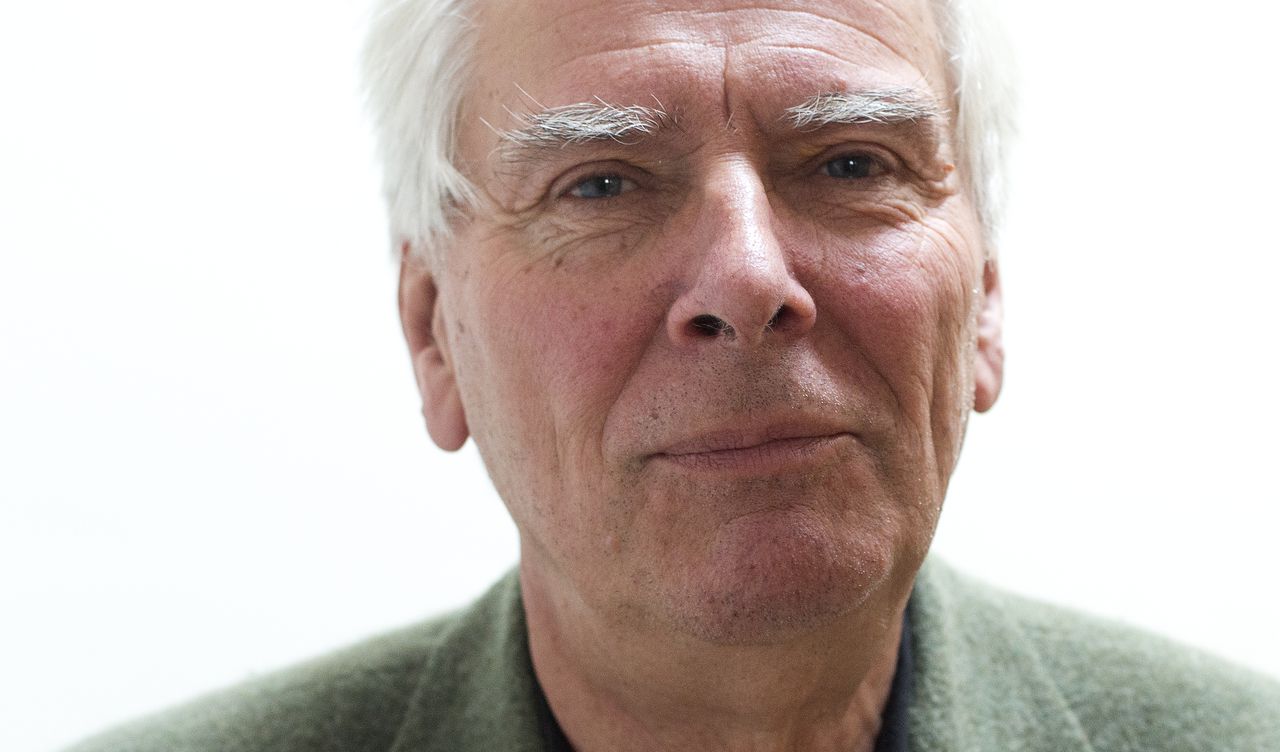 CUYAHOGA FALLS, Ohio — Glyn Johns, now 80 years old, appeared at the Rock & Roll Hall of Fame in Cleveland early last month for an autograph session. He promoted his book ‘Sound Man’ in conjunction with the opening of the Rock Hall exhibit of ‘Get Back to Let it Be’, a recent Disney+ documentary broadcast of The Beatles’ latest record, ‘Let It Be’. Johns, who was inducted into the Rock & Roll Hall of Fame in 2012, was one of the producers for The Beatles’ recordings.

Johns resume is impressive. He has worked with numerous icons of the rock ‘n’ roll and music industry, including Led Zeppelin, the Who, Traffic, Steve Miller, Joe Cocker, Joan Armatrading, Linda Ronstadt and the Clash.

I slid three copies of “Sound Man” across the table for Johns to sign. A Rock Hall employee immediately warned me, “You can only two articles signed.” Actually I brought six Items to Sign: Three copies of “Sound Man,” as well as the CD covers of records Johns produced: Eric Clapton’s “Slowhand;” the Eagles’ “Greatest Hits”; and the Rolling Stones’ It’s Only Rock ‘n Roll.

I rummaged through the pile of memorabilia, prioritized the list, and chose to collect the ephemera for an autograph for a lone copy of “Sound Man” and the “Slowhand” CD cover. The white space on the record sleeve left plenty of room for a clear signature.

When Johns started drawing the Clapton cover, I said, “‘The Core’ is a great song.”

Johns was quick to scold me. “It is no song† It is a instrumental†

Johns leaned back in his chair, as if literally offended by the genre’s mischaracterization, and repeated his comment to create a chorus.

“It is no song† It is a instrumental†

Johns seemed excited at the idea that “The Core” fit into the “song” category. I don’t play musical instruments and would have had a hard time explaining the difference or why an instrumental wasn’t considered a song. Ketanji Brown Jackson, a US Supreme Court nominee who was asked during her Senate hearings in March to define the meaning of a “woman,” seemed less tedious.

Over 200 people lined up behind me for the signing event on the lower floor of the Rock Hall museum. I really didn’t want to argue with Johns and impose another delay on an already anxious crowd, still disappointed with the protocol of wearing face masks in the COVID-19 era. I thought: “Johns was the producer of ‘Slowhand’. Maybe when he was working on ‘The Core’ recording in the 1970s, it was originally an instrumental, but the vocals were added later?”

The ninth and final track on the ‘Slowhand’ record is ‘Peaches and Diesel’, a clearly instrumental track. You don’t hear a word between the music. “The Core” features vocals by Clapton, complemented by solos and duets with Yvonne Elliman.

The now-signed “Slowhand” CD-liner notes had no lyric sheet to prove Johns wrong on the spot that “The Core” is a “song”.

Maybe Johns was confused. His discography as a producer spans hundreds of songs spanning decades and dozens of artists. Remembering all the details of studio edits from the last century is probably harder than remembering what he ate during the first recording session of “The Core.”

No one in the Rock & Roll Hall of Fame gift shop told me when I bought three copies of “Sound Man” an hour earlier in the day that I could only get two copies signed at Johns’ performance. I was tempted to go back to the gift shop and ask for a refund for the two unsigned books.

Bradley S. Le Boeuf is a lawyer from Akron.

Do you have something to say about this topic?

* Send a letter to the editor, who is eligible for print publication.

*Email general questions about our editorial board or comments or corrections to this opinion column to Elizabeth Sullivan, director of opinion, at [email protected]