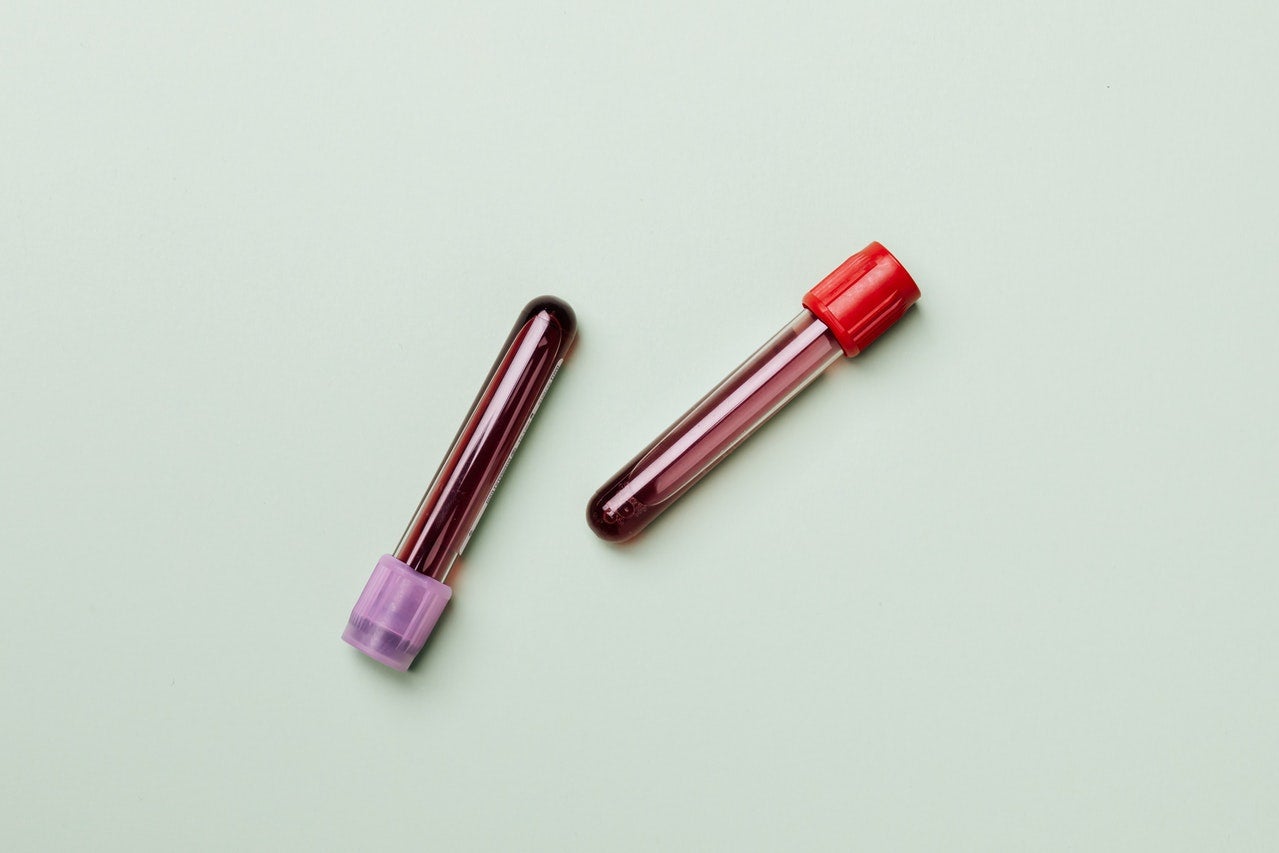 taken from The wine-dark sea within: a turbulent history of blood by Dhun Sethna. Copyright © 2022. Available from Basic Books, an imprint of Hachette Book Group, Inc.

The idea that blood circulates throughout the body. It may seem like a common, even obvious idea. But the well-known concept that the heart is an organ that pumps blood and oxygen through the arteries, returning the “waste” through the veins, took more than 2,000 years to develop. When it was founded, it revolutionized the life sciences and introduced modern medicine. In importance, it stands alongside the Aristotelian Corpus that laid the foundation for the biological sciences, and Darwin’s theory of natural selection. And like those ideas, their development was largely a solitary effort, conceived, begun and completed by one person, the English physician William Harvey. He published his discovery in 1628 as a thin book entitled Anatomy of the heart and blood in animals †Anatomical exercise on the movement of the heart and blood in Animals), abbreviated to Of the movement of the heart† As a result, Harvey not only experienced one of the greatest adventures of all time in medicine, but also experienced the uncertainty, fragility and fragility of the human condition. He is a man of the present; he belongs everywhere.

Blood circulation, as is now understood, is a double system. There is a circuit both through the body (the systemic circulation) and through the lungs (the pulmonary circulation). Each circuit is called a circulation because the circle is a symbol that ends at the point where it begins. The historical unraveling of each edition is a theme of this book. The heart, too, is really a collection of two hearts working in harmony in two different tasks. The right ventricle pumps blood to the lungs; the left ventricle distributes it to the other organs and limbs. Realizing that the movement of life-sustaining blood was closely related to the life breath and the maintenance of a constant body temperature, these three processes fused into the core of the new physiology. So at the heart of this story is also the development of a theory of animal heat and the early physiology of respiration.

The discovery of circulation was a game changer in the history of the life sciences. It ushered in a new quantitative mindset that spawned further innovations in disease management without which medicine as we know it would have been impossible. Harvey’s hydraulic description of the circulating blood, based on pumps and conduits, laid the foundation for a quantifiable, mechanical system of cardiovascular physiology that led to our modern quantitative way of thinking in terms of blood velocity, vascular resistance, blood pressure, pulse waves, and so on, as well as their quantitative changes under varying pathophysiological conditions, and the effects of abnormal velocities and pressures on the body organs. If blood was circulating, new questions had to be answered. What was the need for blood to go in a circle all the time? What was it wearing when it flowed in such a way and why? How and where did it pick up its stuff? How, where and why did it part with it? Those answers unraveled a comprehensible picture of the functioning of the human organism and laid a physiological foundation for modern medical practice.

It followed that disease mechanisms were modified and expanded. Circulation throughout the body meant that diseases could result not only from imbalances in the internal ‘humour’, as was believed until the mid-nineteenth century, but also from harmful agents from the Outside that can enter the bloodstream and travel to all tissues. As a result, some diseases can result from “inadequate” blood circulation to vital organs due to obstructions in the arterial lines, including those of the heart and brain, leading to our understanding of how heart attacks and strokes occur. They remain the leading causes of disability and death today.

Aspects of current therapies, such as intravenous infusions (such as chemotherapy) or subcutaneous injections (such as insulin injections), even nasal sprays for allergy, could only be conceived after it was understood that substances in one place in the bloodstream or even inhaled, could be devised to transported every other place as the blood circulates. Routine procedures such as cardiac catheterizations and the placement of stents in arteries, and the driving of pacemaker and defibrillator electrodes through veins, all require one-way blood flow in blood vessels to or from the ventricles, as described by Harvey. Life-saving support systems such as dialysis units and heart-lung machines that enable “open heart” surgery are essentially extensions of the concept to extracorporeal circulations, and cardiac devices (artificial hearts) that save lives during extreme acute illness, or also serve as an alternative to heart transplantation. rely on a circulation model. A compelling result of Harvey’s groundbreaking discovery is our current understanding of heart failure, which is our most expensive hospital diagnosis for individuals over sixty-five. Contemporary therapy not only involves the heart as a failing pump, but also addresses the circulating chemical abnormalities that cause the heart muscle to deteriorate.

Scientific discovery is a complex phenomenon. The American philosopher of science Thomas Kuhn gave what is perhaps the best description. The process begins, according to Kuhn, with the recognition of an inconsistency in normal expectations of things. Next comes an extensive exploration of that anomaly, and the progress only ends when the new knowledge itself becomes apparent. The normal state of affairs has now been modified to accommodate that learning, and what Kuhn calls a “paradigm shift” is taking place.

The idea of ​​a circulation was such a paradigm shift. In the case of Harvey’s circulation, the dominant system, the Galenic model that had ruled undisputedly for fifteen centuries, could not be redefined, but had to be replaced. The Roman physician Galen had pictured the blood as flowing to and fro in the vessels, as ebb and flow. He had envisioned two separate systems of blood vessels, the veins and the arteries, arising from two different organs, the liver and the heart, which supply blood to all parts of the body. Harvey’s revolutionary discovery dispelled those outdated beliefs with new facts.

Also characteristic of the process of discovery is the progress of science by analogy, with certain analogies hindering the way to truth and others paving the way. Traditionally, thinkers have been fascinated by analogies to describe the reality of nature. The analogy of blood flow to the ebb and flow of Homer’s “wine-dark sea” and Aristotle’s comparison of the vascular system to an irrigation canal, as well as the analogy between life and respiration or combustion permeates the whole story, from Galen to Boyle. Galen invents his “natural attraction” in the body from the affinity between a magnet and iron. Empedocles in Sicily uses the action of the Egyptian clepsydra (water clock) to proclaim his new theory of cardiorespiratory physiology, as does Erasistratus in Alexandria of the phenomenon of horror emptiness (nature abhors a vacuum). Descartes likens fermentation in the ventricle to wood fires. Finally, Harvey seeks solace in Aristotle’s philosophy of circles, and finds confirmation of the heart’s function as a mechanical pump in Caus’s mechanical fire pump. Harvey’s own work involved two simultaneous paradigm shifts: the mechanism of heart contraction and then circulation. Correct analysis of the heart’s motion as a mechanical pump, and only as a pump, injecting blood into the vessels with each contraction, was a central innovation essential to his plan. Before Harvey, the accepted process of heart function, which came from Aristotle, was a heat-driven “fermentation” of blood in the heart that caused that organ to expand and, like “boiling milk overflowing,” an overflow of blood into the heart. heart caused. the aorta.

The pinnacle of the discovery came during the scientific revolution of the seventeenth century, an era of “promise with disappointment and resilience with despair.” Further development of Harvey’s ideas linked a galaxy of the greatest minds and some of the strangest personalities in British science – John Locke, Christopher Wren, Robert Hooke, Henry Cavendish, Joseph Priestley and their colleagues; the Scotsman Joseph Black; the Anglo-Irish “Skeptical Chymist” Robert Boyle with the Oxford Chemists, as well as the French Europeans René Descartes and Antoine Lavoisier. Together they solved the misconceptions of two thousand years of physiology. They, in turn, stood on the shoulders of the now forgotten pioneers of the more ancient Ionian, Athenian and Alexandrian intellectual revolutions, men like Alcmaeon of Croton, Diogenes of Apollonia, Hippocrates and Praxagoras, both of Cos, the Sicilian Empedocles, the Alexandrians Herophilus and Erasistratus, and the Roman Galen, all of whom did pioneering work in understanding the natural world within us. Plato and Aristotle also played their important role. And, like everything else, it all started with Homer – with the ebb and flow of his ‘wine-dark sea’.

To buy The wine-dark sea within by Dhun Sethna here.