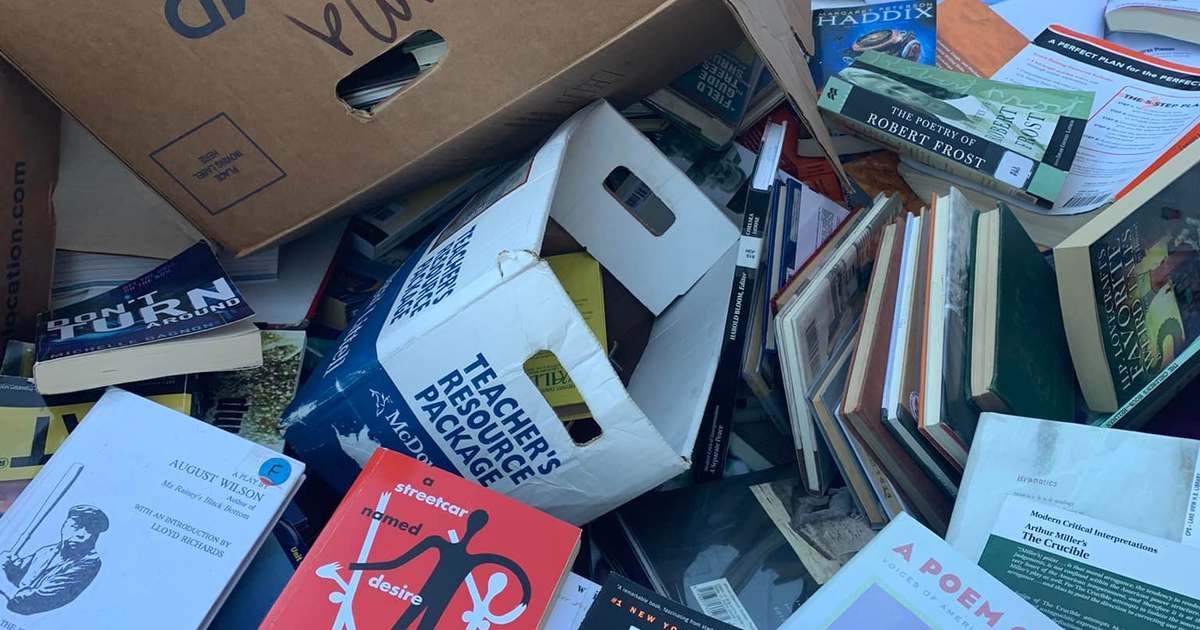 What appeared to be hundreds of books were tossed into a dumpster behind the school, 4015 N. Ashland Ave.

The discarded books include everything from textbooks to classic fiction, poetry, and drama. In a social media photo, a copy of August Wilson’s “Fences,” Tennessee Williams “A Streetcar Named Desire” and Arthur Miller’s “the Crucible” was seen in the dumpster near a cardboard box hand-marked “drama.”

A collection of Robert Frost’s poetry and at least four copies of Michelle Obama’s memoir “Becoming” were also spotted.

Many took to social media to express their disappointment that the books were not being donated.

We contacted the Chicago Public Schools about the discarded books, but had heard nothing late Wednesday night.