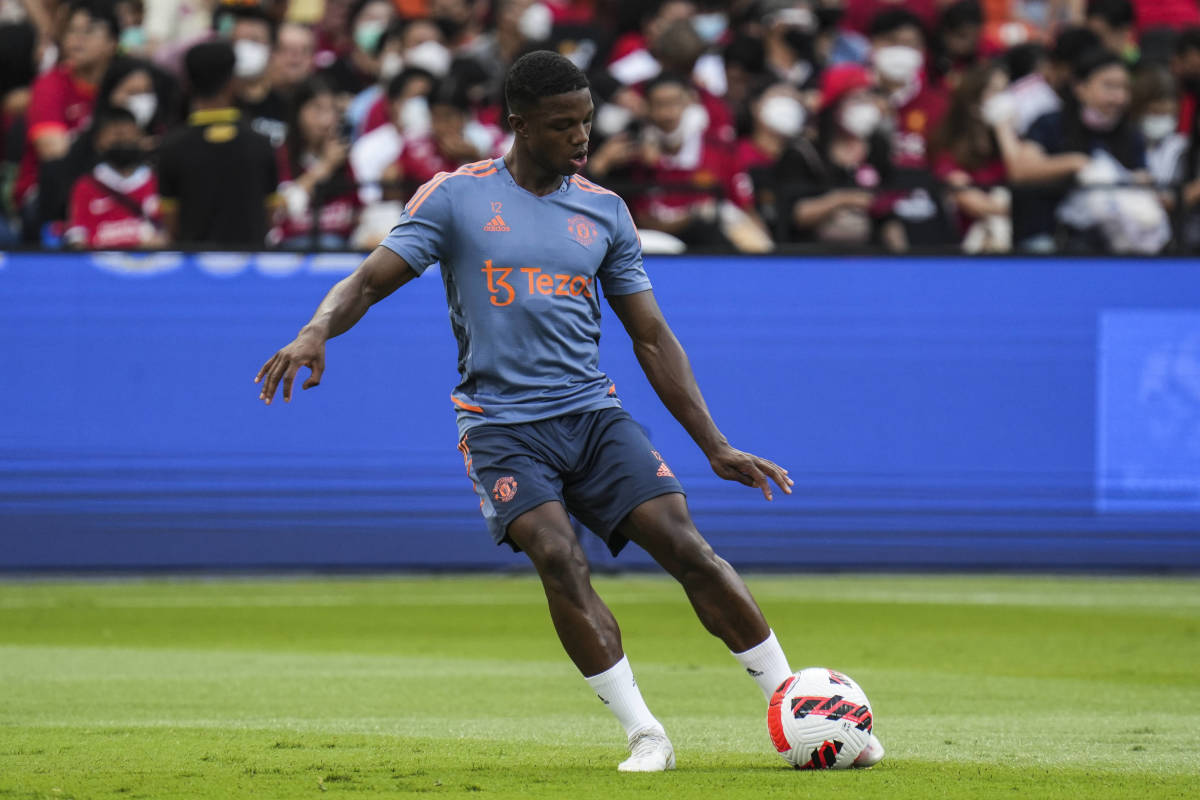 Manchester United’s Tyrell Malacia has spoken of playing in Erik Ten Hag’s football system, saying he plays “the same style” as the manager is asking for.

The left-back came over from Feyenoord a few weeks ago and appears to have settled in well with the club – playing at least 45 minutes in all three of The Red Devils’ preparatory matches so far, including 79 against Crystal Palace most recently.

One of the main things that attracted Ten Hag to the 22-year-old is probably his suitability for the way he likes to play, and the style the AFC Ajax team used – as Malacia is used to playing the same way for his previous manager Arne Sleuf.

The left foot spoke to Football Daily about working with his new boss, specifically playing as an inverted fullback while in possession (Quotations from Daily footballthrough UtdPlug): “That’s what the coach wanted from me. At my old club I play the same style under my former coach, it’s easier for me to get into this system.”

“I talked to him a lot and we had some good conversations about football, about myself and about him – how he sees me. That was also very important for me to join the club.”

He’s ready: “I have to do what I always do: train well every day. When I get the chance to play, play good games and eventually the coach makes the decisions, so I have to make it difficult for him.”