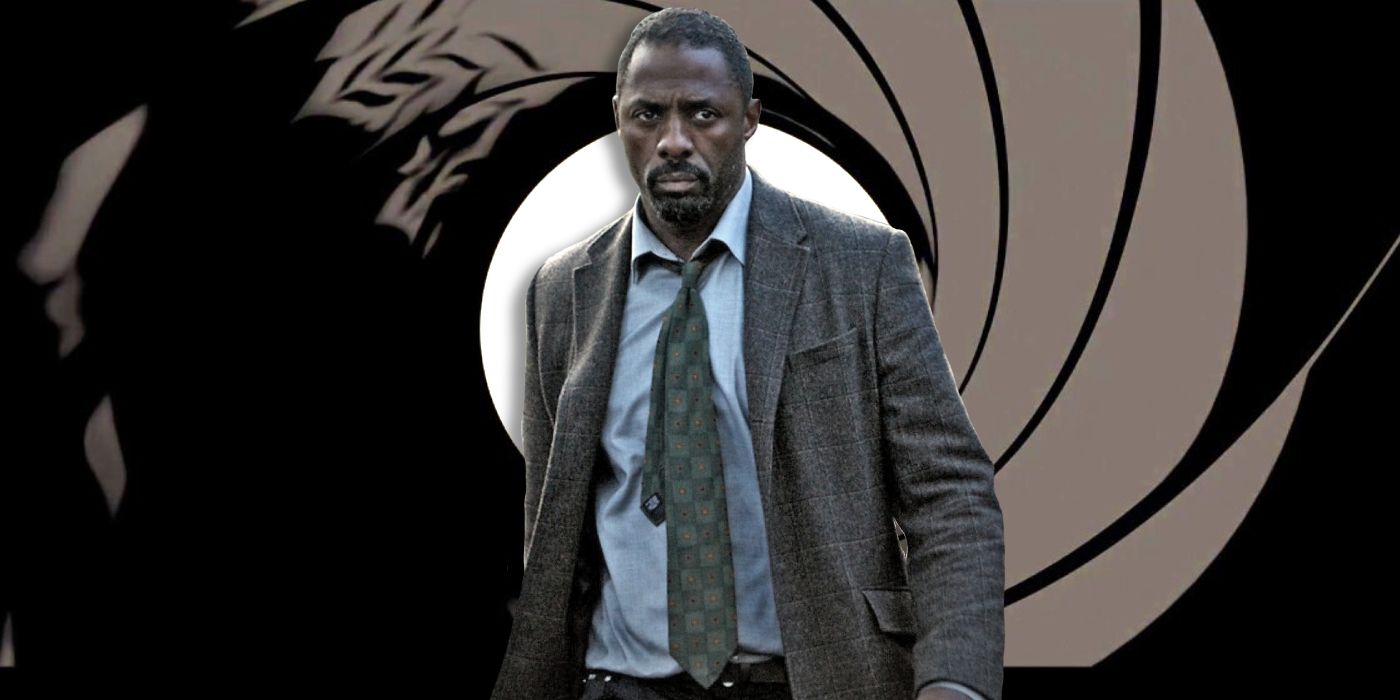 Even through the lens of AI, Idris Elba looks great as James Bond after being a favorite to replace Daniel Craig in recent years.

New AI-generated art shows what Idris Elba would look like James Bond after many years of fan casting. The most recent James Bond was played by Daniel Craig, who began playing the role in 2006 with Casino royale and ended his run with No time to die last year. Craig was the seventh actor to play 007, after Sean Connery, David Niven, George Lazenby, Roger Moore, Timothy Dalton and Pierce Brosnan.

Since it was announced that Craig would be leaving the Bond films after No time to die, the internet has been ripe for fan casting and speculation about who the next James Bond will be. Dozens of actors have been named, including Henry Cavill, Daniel Kaluuya, Tom Hardy, Regé-Jean Page, Tom Hiddleston and, according to his own grandmother, Miles Teller. Of the various rosters, Elba was arguably the most prominent choice, as fans of his work have encouraged him to play 007 in recent years.

Related: Why Idris Elba Would Be Better For James Bond Than Daniel Kaluuya

While the wait for the next James Bond is still up and running, new AI art through the program Craiyon (formerly DALL-E mini) imagines Elba in the role. While he’s obviously a bit warped, Elba is still his neat self in the AI ​​view, dressed in the sleek Bond suit in every image. Check out the art below:

While not the perfect portrayal of Elba as Bond, the actor still looks as natural as he could in the AI-generated role. Elba’s distinguished career means the actor has a lot he could potentially add to the role of Bond. He has had notable roles in television (Luther, The big C), more dramatic movies (Beasts of no nation, Mandela: Long Walk to Freedom), and both Marvel (as Heimdall) and DC (as Bloodsport) movies. Because of this filmography, Elba would probably bring a lot of nuance to the role of James Bond if the film’s producers followed the wishes of many people and cast him in the role.

According to Bond producer Barbara Broccoli, the shooting of the new James Bond film is still a long way off. Broccoli has quoted a timeline of at least two years from now to start shooting. With this in mind, there is still plenty of time for the public to continue guessing and advocating who the new James Bond will be. Even with this AI art showing off Elba, it looks like viewers will have to wait a while to find out who will take on the next role.

More: The Secret Reason Idris Elba Is Perfect For Bond 26

A complete timeline of gods in the MCU

Hannah Gearan is a news writer for Screen Rant. She joined architecture in the spring of 2022, while completing her senior year as an undergrad at Wesleyan University, studying film, environmental studies and writing. A film fan all her life, Hannah has a wide range of tastes, including dark comedies and documentaries, and she loves a good miniseries. Based in the Northeastern United States, Hannah spends her free time writing, listening to folk music, visiting covered bridges, and trying to find the best ice cream in New England.