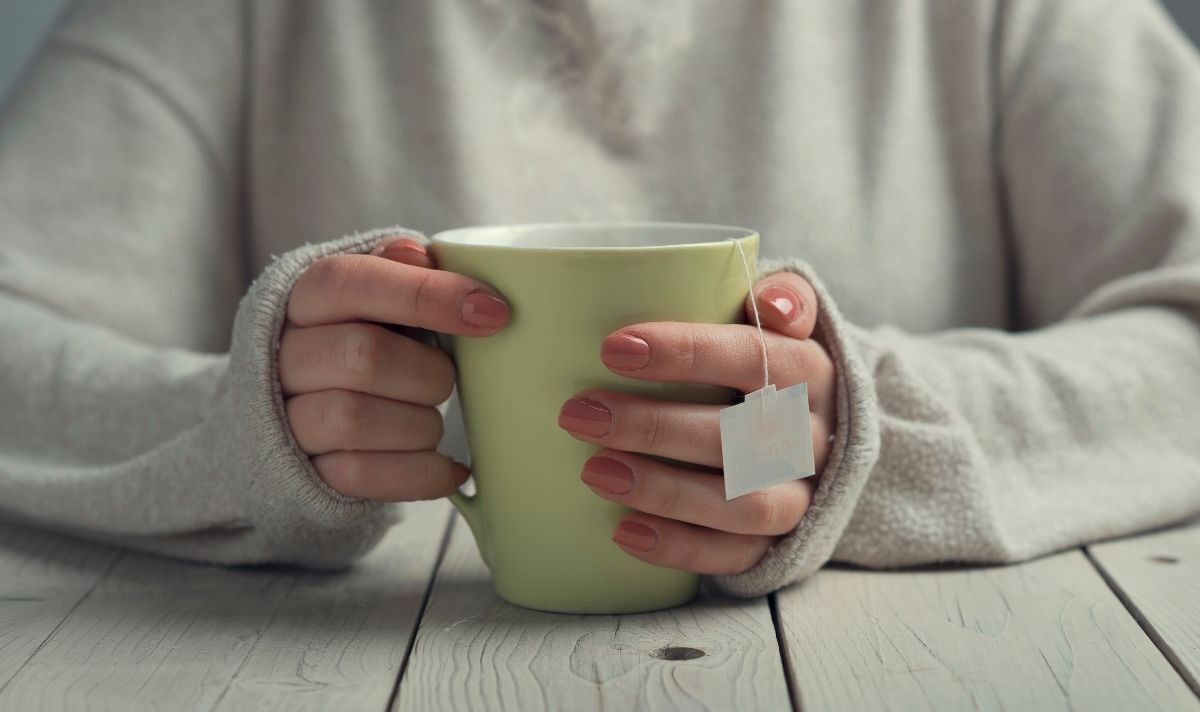 Britain’s favorite drink was the subject of the sixth international scientific symposium on tea and human health, held virtually yesterday. Tea is known for containing flavonoids, natural compounds with antioxidant properties. These chemicals can help neutralize free radicals in the body that can otherwise damage both lipids and genetic material and contribute to disease.

The symposium was chaired by nutritionist Professor Jeffrey Blumberg of Tufts University in Massachusetts.

He said: “There is a growing body of research from around the world showing that drinking tea can improve human health in many ways.

According to nutritional immunologist Dr. Dayong Wu of Tufts University, “tea can help support your immune system and increase your body’s resistance to disease.

“In the event that you do get sick, tea can help your body respond to illness in a more efficient way by ridding itself of the infection and may also alleviate its severity.”

According to Dr. Wu, flavonoids called catechins found in green tea have been shown to help the body fight against a variety of pathogens — both by boosting the immune system and decreasing the potency of the infection.

They have also been found, he added, to help with autoimmune diseases by promoting self-tolerance, enhancing tissue repair and autoantigen-induced inflammatory attack.

Nutrition and behavioral expert Professor Louise Dye of the University of Leeds said: “There is strong evidence that tea and its components appear to be beneficial under stressful conditions.

“The most profound cognitive domain in which tea appears to work is attention and alertness.”

Evidence from randomized controlled trials, she explained, has suggested that drinking tea may improve performance in both attention-switching tests and subjective reports of alertness.

In particular, high doses of an amino acid called L-theanine found in both black and green tea, as well as a lower dose of caffeine, can be beneficial for attention-based tasks.

Prof. dr. Dye added: “With these effects on attention, tea is an optimal drink of choice in a time of increased stress and burnout worldwide.”

Researchers estimate that 40-50 percent of dementia cases can be prevented through lifestyle changes – and drinking tea could play a role.

Nutritionist Professor Jonathan Hodgson of Edith Cowan University in Australia explained that “there is mounting evidence that just 1 to 2 cups of tea a day can significantly reduce the risk of vascular dementia and possibly Alzheimer’s disease.”

Specifically, data from long-term prospective cohort studies have shown that a reduced risk of dementia is associated with the consumption of 1-6 cups of tea per day – peaking at 2-4 cups – with moderate intake of flavonoids in tea, also found. to be key.

The strongest protection may come from vascular dementia, one of the most common forms of the syndrome.

Reducing the risk of cancer

Several studies have suggested that tea consumption is positively correlated with a reduced risk of some cancers, including bile duct, breast, endometrial, liver and oral cancers.

Flavonoids – which have anticarcinogenic properties – can act through a mixture of antioxidant, anti-angiogenesis and anti-inflammatory mechanisms, as well as serving to alter the profile of the gut microbiota.

Nutritionist Dr. Raul Zamora-Ros of the Bellvitge Institute for Biomedical Research in Barcelona said: “More research needs to be done to determine the exact dosage.

However, he added, “the conclusion we can share is that higher tea intake may reduce the risk of some cancers.”

A cup of cardiovascular health

Cardiometabolic diseases, such as diabetes and heart disease, are the number one cause of death worldwide.

However, tea has been associated with improved cardiometabolic outcomes, with studies showing that drinking two cups of unsweetened tea daily can help reduce both the risk of developing cardiometabolic disease and its progression.

Nutritionist Professor Taylor Wallace of George Mason University in Virginia said: “When you look at all the different biomarkers and mechanisms that tea influences, this bountiful drink is one that consumers can easily add to improve their diets and live a healthier and longer life for them.” herself.”

The researchers said clearer dietary guidelines around tea drinking are needed — especially in the US — to support growing evidence that tea and other flavonoid-containing foods have health-promoting benefits.

Nutritionist Professor Mario Ferruzzi of the University of Arkansas said: “There may be other herbs and botanicals that may provide health benefits, but none of them have been studied as systematically as Camellia sinensis – real tea.

“With real tea — white, green, black, and oolong — you’re dealing with thousands of years of traditional use, 60-70 years of systematic study.”

Over the past 15-20 years, he added, this stock market has “risen to the point where we have very definitive data.”