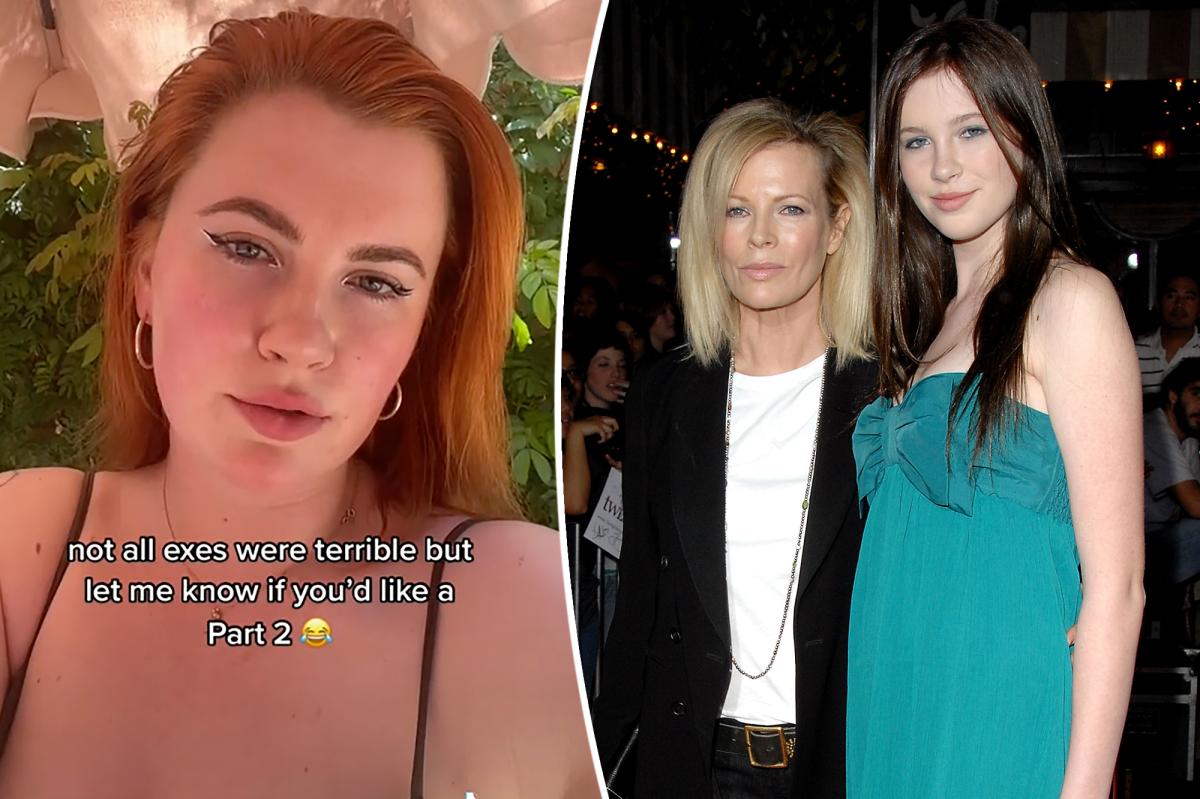 Ireland Baldwin claims a toxic ex once told her they wanted to “fk” her mother, Kim Basinger.

The reveal was part of a TikTok trend, where people are responding to the question, “What’s the one thing your ex said to you that you’ll never forget?”

Ireland, the daughter of Basinger and Alec Baldwin, then said sarcastically, “Oh, how much time do you have?” before listing the things an ex—or several of them—has said.

The hateful comments included comments about her appearance, such as, “Are you really going to eat all that?”, “You’ll never be as beautiful as your mom — I’ve always wanted to fuck her,” and “I just don’t feel like that.” attracted to you.”

The 26-year-old also claimed some of the comments were verbally and mentally abusive, including, “When I get home, I’ll slam your face against the wall,” “I’ll smash your teeth into it,” and “If you break up with me, I’m going to go get this one.” posting videos of you.”

Ireland – whose parents are both award-winning actors in the entertainment industry – went on to claim that exes used her status to get themselves ahead.

Ireland wrote in the caption to her video that “not all exes were terrible”, but encouraged her followers to “like” the video if they wanted a part 2.

The fashion model did not name which ex or exes would have made those comments to her.

This isn’t the first time Ireland has been open about her past struggles on social media.

The fashion model revealed in March that she had an anxiety attack caused by coffee and also confessed in January that she is constantly afraid of dying of a heart attack.

In February, Ireland was also transparent about her father Alec’s infamous comment during a leaked tirade in 2007.

She wrote in a TikTok video on The Ting Tings’ “That’s Not My Name”, “My name is Ireland… but the media likes to call me…”

As she danced to the song, the words ‘fat’, ‘attention seeking, lascivious, promiscuous’ and ‘thoughtless piggy’ appear on the screen.

However, Ireland concluded: “My name is Ireland. I’m a writer. And I think pigs are cute, so jokes [sic] on you.”