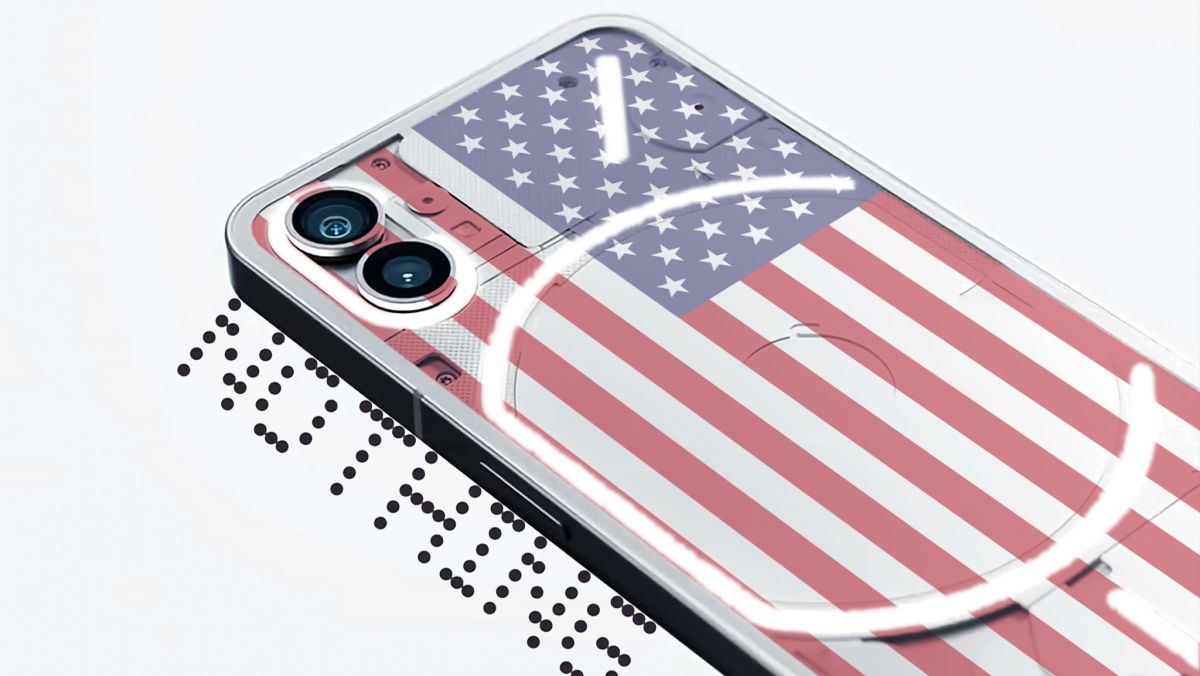 If you’re looking for a new smartphone and you live in the US, you’re probably familiar with the exercise. While you could get a great unlocked Android phone on Amazon, chances are it won’t work with your carrier of choice. That’s why most US-based customers buy smartphones from a carrier-branded store, and that poses a huge problem for companies like Nothing, which are about to release its first major phone.

I am of course talking about the Nothing phone (1) (opens in new tab)the first phone released by UK-based Nothing, and the second company co-founded by Carl Pei (formerly of OnePlus, if you’ve been living under a rock).

Simply put, you’re unlikely to find a phone owned by anyone in the US if that phone isn’t made by Apple or Samsung. OnePlus is one of the few smaller companies to make a name for itself here and can be found on our list of the best Android phones (opens in new tab), but that company’s success is the anomaly, not the norm. Even big companies like Sony haven’t made a dent in the market, and the way telecommunications companies operate here is entirely to blame.

As Nothing gears up for the launch of the first phone, the hype it has worked so hard to create was quickly deflated – at least in part – by the knowledge that it’s not coming official. (opens in new tab) to the US Given the stakes, does it really make sense to go this way? The answer is a surprisingly clear “yes”, but that comes with caveats. Let’s investigate.

Telcos (telecommunications companies) in the US have been vilified over the years for many reasons; many of these reasons are probably true and have not changed in a long time. While they often tell customers about the hard work it takes to build a network in such a geographically diverse (and large) country, the fact is that they could do a lot better with the smartphones themselves. As Carl Pei told me in an interview earlier this week, “the carriers hold the keys to the kingdom” and don’t often give them away to usurpers trying to overthrow the status quo.

As I was described, phone companies set up a timeline of releases they want to see for a given calendar year, complete with specs and prices believed to be appropriate for a carrier’s customer base. These slots are then auctioned off, and the smaller companies that cannot compete with larger companies for volume pricing often lose the prize. The only company carriers are pulling out of is Apple, but that’s another story for another article.

Since the phone (1) is Nothing’s first smartphone, it is not financially feasible, according to Pei, to compete for these places. Based on the information we know about his years at OnePlus and the difficulties OnePlus faced when trying to enter the market as an unlocked vendor, it’s clear that the only financially viable option would be to go the carrier route. once sufficient resources were available to make it. possible.

If you’ve been following the smartphone game for a number of years, this is a story you’ve heard a thousand times. Jitesh Ubrani, IDC’s research manager of global device tracker, confirms the concerns, saying, “The US smartphone market is heavily controlled by the telcos and smaller brands simply cannot afford the various certifications, marketing dollars and other contractual requirements imposed by the telcos.”

Selling on Amazon as your own brand is always an option — and can be quite lucrative in many product categories — but U.S. customers have become so accustomed to hearing “this phone isn’t compatible with your carrier of choice” that most of them simply buy what’s in the Verizon, AT&T or T-Mobile store and move on to the next in life.

Ubrani adds that “selling phones in the open market through smaller retailers or e-tailers like Amazon is possible, but volumes are low and ultimately not worth it for smaller phone brands.”

Of course, it doesn’t leave much room for… basically anything.

No smartphone company openly discusses future product release cycles when a release is just on the horizon, so it’s not clear whether the Nothing phone (2) could reach a US carrier and see any real domestic success in this country. However, given that Pei has direct experience with this exact process, there’s little doubt that nothing will attempt this step as quickly as feasible.

Supporting that notion, Ubrani told me, “Carl Pei is probably well aware of these hurdles, as OnePlus faced the same issues many years ago when they sold phones on the open market in the US, although the volumes were very limited and they didn’t. get real traction until they’ve signed up with a carrier.

Nothing’s statement to PCMag reflects these sentiments as well. “While we are eager to bring phone (1) to the entire community around the world, we are targeting home markets including the UK and Europe where we have strong partnerships with leading local carriers. It takes a lot to launch a smartphone as you know, from making sure the handset is supported by the country’s mobile technologies, to partnerships with carriers and local regulations, and as we’re still a young brand, we need to be strategic about it.”

So why bother marketing the phone in the US at all, if it won’t be released here in an actual capacity?

The recent exclusive MKBHD hands-on (opens in new tab) proves that Pei and the company have what it takes to build hype — even in a market where his products won’t be readily available — but will the hype of a US-based tech YouTuber really make a splash in international markets? ? Wouldn’t it make more sense to put the phone in the hands of someone like Geekyranjit (opens in new tab)operating a channel with more than 3 million subscribers in India, one of the main markets where nothing is being launched?

Or how about Mrwhosetheboss (opens in new tab) (Arun Maini), who is arguably the biggest tech YouTuber in the homeland of Nothing, the UK? Without a thorough understanding of the audience location for each of these channels — and which ones serve the markets where Nothing’s first customers live — there’s no way to really tell.

But it probably doesn’t matter anyway, and here’s why.

The MKBHD hands-on was published exactly three weeks before the official release of the Nothing phone (1) – that’s July 12, if you want to buy one – and will almost certainly start a long marketing campaign from the ground up that will take place in the coming weeks. That ensures that Nothing will have its name in the headlines for the next few weeks, further building up the hype, even in a country where the phone will likely only be available for import.

All of this is completely intentional, and it’s used to build Nothing from “nothing” into a brand that can rival the endless list of names out there. As we have seen from brands like Xiaomi (opens in new tab), a US presence is irrelevant if you can attract other major markets. You’d better believe that nothing puts its hopes in markets that are less fixed than the US, and if it’s priced right, it could certainly gain a lot.