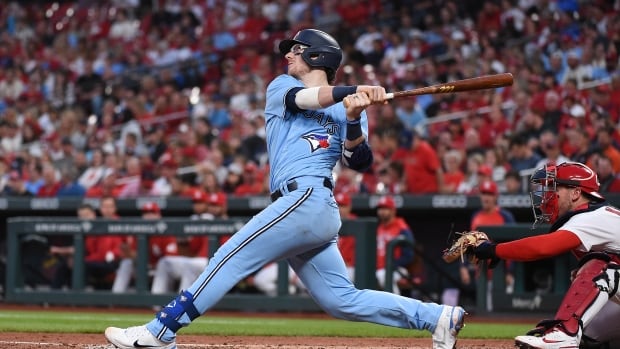 Kevin Gausman (4-3) threw six scoreless innings with eight strikeouts and no walks. He gave up four hits, beating the Cardinals for the first time in eight appearances.

Jordan Hicks (1-4) threw three-plus innings in his first career start against the Blue Jays. He gave up four runs on four hits with five walks.

Alejandro Kirk led off the fourth with a single and Matt Chapman walked before Jansen hit a 3-2 slider by Hicks from the foul-post to the left to make it 4-0.

Jansen started the seventh with an estimated 427-foot blast for his fifth homer this season and third multi-homer game of his career.

Guerrero then greeted reliever Drew VerHagen with a homer to the left. He had singled in the first inning to score an 0-for-14 drought.

Rookie Brendan Donovan had an RBI single in the seventh for the Cardinals.

John does it again! pic.twitter.com/gqq0zyfUd0