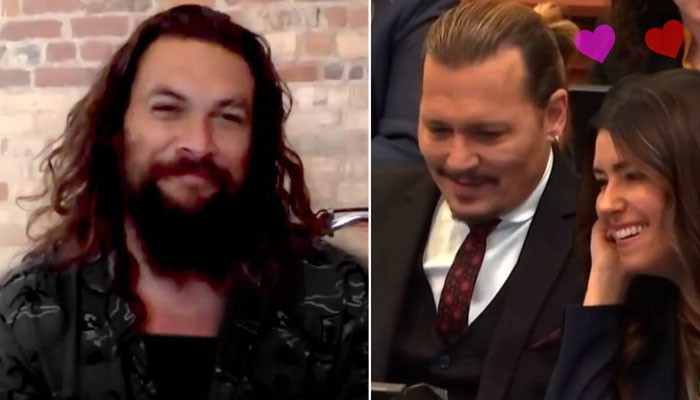 Jason Momoa testified in court as a witness for Johnny Depp in a hilarious fake video.

The clip, which has been circulating the internet, shows the Aquaman star making fun of Amber Heard for faking her injuries, while he plans to show a photo of Depp’s ex-wife on his laptop. .

Meanwhile, Momoa, recently divorced from Lisa Bonet, is spotted hitting on Johnny Depp’s famed attorney, Camille Vasquez, as he tries his way to improve the mood in the courtroom.

“I’m sorry Camille, I didn’t know how it got here,” he gushed as a lawyer’s wallpaper pops up on his laptop.

Momoa further spoke about the ongoing case and shared a glamorous photo of Amber.

This is what Amber should have looked like, but the next day she looked like this,” the Game of Thrones actor mocked.

Johnny Depp and Amber Heard have sued each other for libel. Depp is demanding $50 million from his defamation scandal after Heard claimed she was a victim of domestic violence in a 2018 op-ed for Washington Post.

Amber Heard, whose role in Aquaman is currently in trouble, has sued Depp for $100 million.