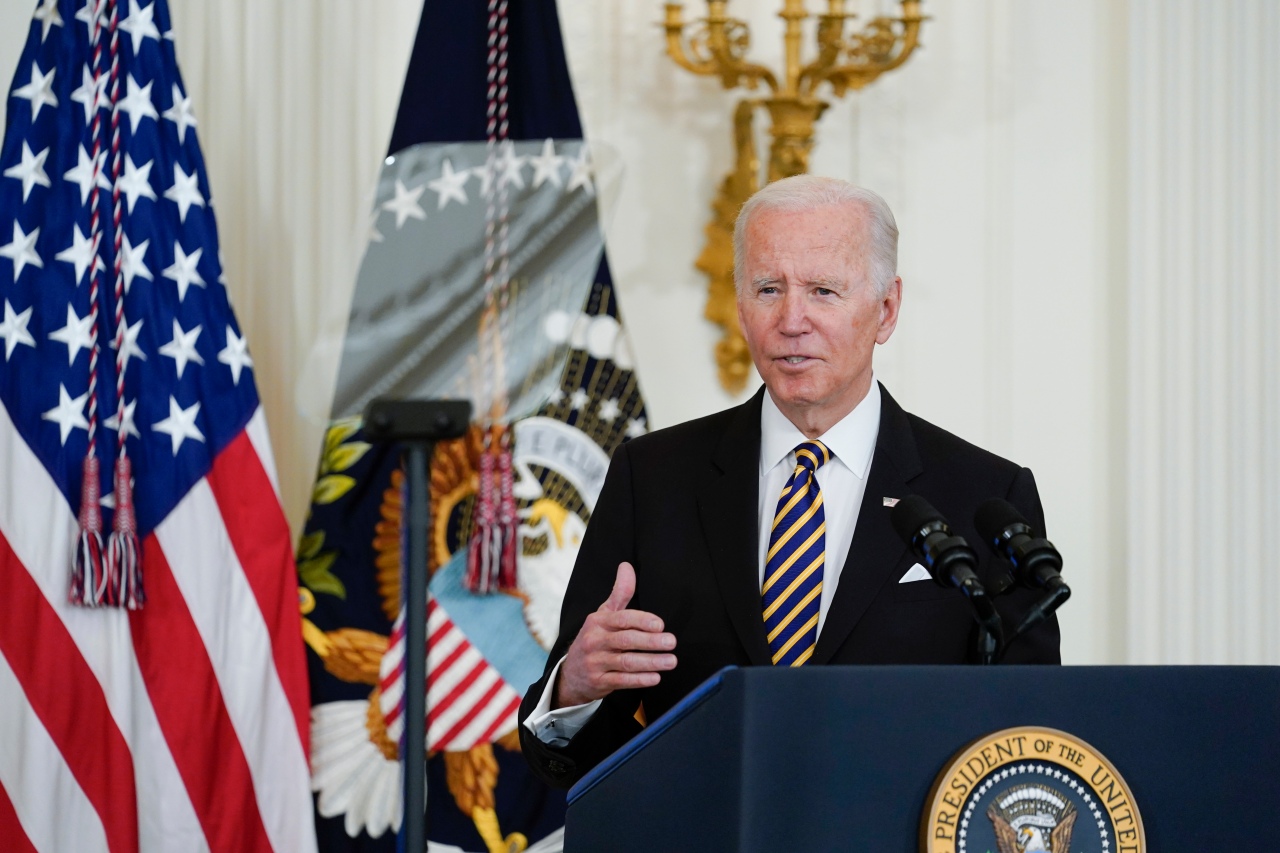 Americans are getting poorer by the day and they get to thank President Biden.

Too harsh? Not at all. Stock markets crash, costing Americans trillions of dollars, and house prices are likely to follow. All of this is happening even though our economy remains essentially strong.

Why the connection? Americans worry about inflation and don’t think the Biden administration can fix it without throwing our economy into recession. With the president still looking for even more government spending, higher corporate taxes and tougher regulations — all of which will drive prices up — why bother?

Almost from the start, Americans knew that Biden’s policies were wrong for the country. Since the second quarter of Biden’s presidency, consumer confidence has plummeted, even as jobs abounded and consumers were flushed with cash.

The University of Michigan consumer confidence index stood at 88.3 in April 2021; today it has fallen to 59.4, one of the lowest levels since 1980, when the data was first collected. A reading, for sure, completely out of balance with 3.6 percent unemployment.

According to a Real Clear Politics average of polls, only 38 percent of the nation approves of Biden’s management of the economy.

First the facts: The economy shrank 1.4 percent year-on-year in the first quarter, not because consumers stopped spending, but mostly because we had a big jump in our trade imbalance. Imports rose nearly 18 percent year-on-year, while exports fell. Economists at ISI Evercore estimate that the eruption of the trade gap reduced real GDP growth by 3.2 percent in the quarter.

In fact, the rise in imports (and the decline in GDP) was yet another indication that American consumers are spending like crazy; As Jamie Dimon, CEO of JP Morgan Chase, recently said, Americans are full of cash, and he’s right.

Ironically, that’s part of the problem. US consumers received generous payouts from the federal government when both Presidents Trump and Biden stepped in to offset the short-lived but serious impact of the COVID-19-induced shutdowns.

With COVID-related emergency response programs, the economy was able to recover quickly. So fast that by the time Biden entered the Oval Office, GDP grew more than 6 percent and the number of jobs rose. Unfortunately, the Biden administration couldn’t leave it alone well enough, and with Democrats-only voting, it quickly approved the $1.9 trillion U.S. bailout plan (ARP).

That bill fueled the roaring recovery already underway, pushing consumer incomes and spending up even as manufacturers and retailers struggled to meet demand.

As inflation spiked month by month, Biden, Treasury Secretary Janet Yellen and Federal Reserve Chair Jerome Powell chirped optimistically that price increases were “transient” and nothing to worry about. However, the consumer knew better. They knew the cost of everything—gasoline, food, and cars—was going up.

They listened to people like former Treasury Secretary Larry Summers, who predicted that more federal spending would lead to more inflation. And they didn’t believe that Joe Biden, who kept promising that his Build Back Better program, which an honest analysis suggested could cost as much as $5 trillion, would bring inflation under control.

Now the long-dormant Federal Reserve is finally getting energy to deal with rising prices by aggressively raising interest rates. Unfortunately, because the Fed has hesitated, it has to apply a sledgehammer to the economy rather than take a more measured approach.

Recession expectations are rising; even Yellen acknowledges that developing a “soft landing” – ie avoiding a recession – will take “luck”. Not exactly the reassurance investors were looking for.

There are signs that inflation is peaking, but there are also indications that price growth will remain high for some time to come.

First, we have entered a wage-price spiral, driven by the acute labor shortage. Wages and benefits rose 4.5 percent year-on-year in the first quarter, the fastest increase since at least 2001. With 11.3 million jobs available and fewer than 6 million people seeking work, upward pressure on wages are likely to continue.

At the same time, under the spell of his organized labor supporters, Biden and his administration are encouraging unions at companies like Starbucks and Amazon, which will lead to higher wages, to pass on to consumers.

The Biden White House is also pushing for tougher regulations and higher taxes on industry, which, if passed, will further increase costs. With luck, progress on these fronts will be minimal, but the risk remains.

There are also problems beyond the control of the White House. The war in Ukraine and lockdowns in China have exacerbated supply chain problems, making the availability and delivery of goods increasingly expensive. Those issues are ongoing.

So here we are, with stock prices plummeting. The S&P is down nearly 13 percent this year, while technology stocks have recorded even sharper losses of 21 percent. In addition, higher interest rates are likely to put pressure on home prices, impacting the wealth of the nation’s two-thirds homeowners.

Many liberals believe that only wealthy Americans own stocks, but that’s not true. Gallup shows that 56 percent of Americans say they invest in stocks, and that probably doesn’t reflect the millions who indirectly own stocks through their retirement or retirement plans.

Supreme Court Roe v Wade Leak: The End of Integrity and Ethics? Nuclear deterrence should work both ways, not just against the West

The White House has mocked the importance of price rises and falls, with a spokesman saying, “unlike his predecessor, President Biden does not see the stock market as a means of judging the economy.”

Won’t Biden be surprised if it turns out voters may be using the stock market to judge him?

Liz Peek is a former partner of the large Wall Street firm Wertheim & Company. Follow her on Twitter @lizpeek.