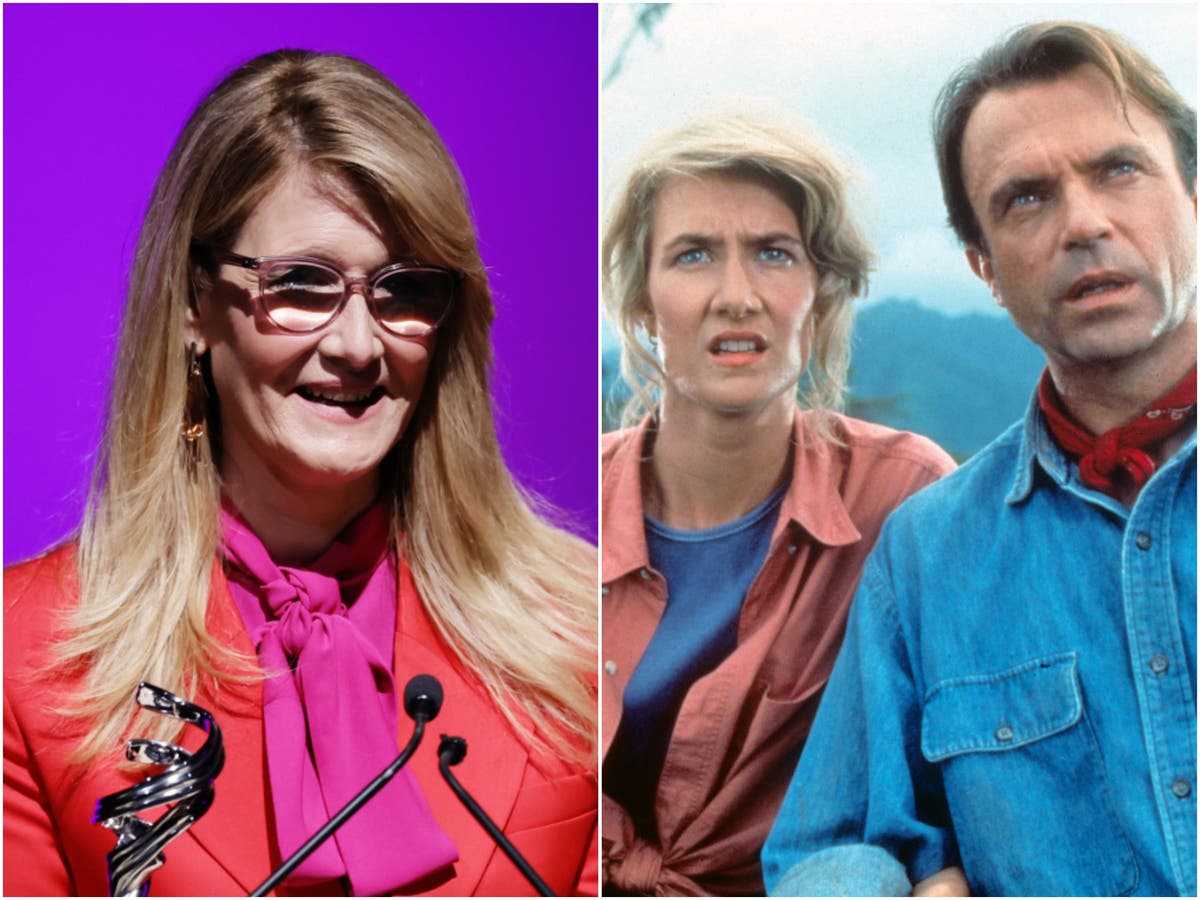 Laura Dern has said she has never considered the age difference between herself and Sam Neill Jurassic Park until recent years were inappropriate.

Dern was just 23 when she starred in Steven Spielberg’s 1993 film, while her co-star Neill was 44.

In a new interview with The Sunday TimesNeill noted that Dern was a “young age” when they shot the film.

However, Dern said it “felt completely appropriate to fall in love with Sam Neill” at the time.

“And it wasn’t until now, when we came back into a moment of cultural awareness about patriarchy, that I thought, ‘Wow! We’re not the same age?’” she said.

About his own experience with the age difference, Neill said: “I’m 20 years older than Laura! Which at the time was a perfectly appropriate age difference for a leading man and lady.”

He continued: “It never occurred to me until I opened a magazine and there was an article titled ‘Old Geezers and Girls’. People like Harrison Ford and Sean Connery act with much younger people. And there I was, on the list. I thought, ‘Come on. It can’t be true.’”

Dern and Neill reprise their Jurassic Park roll in Jurassic World Dominionwhich will be released on June 10.