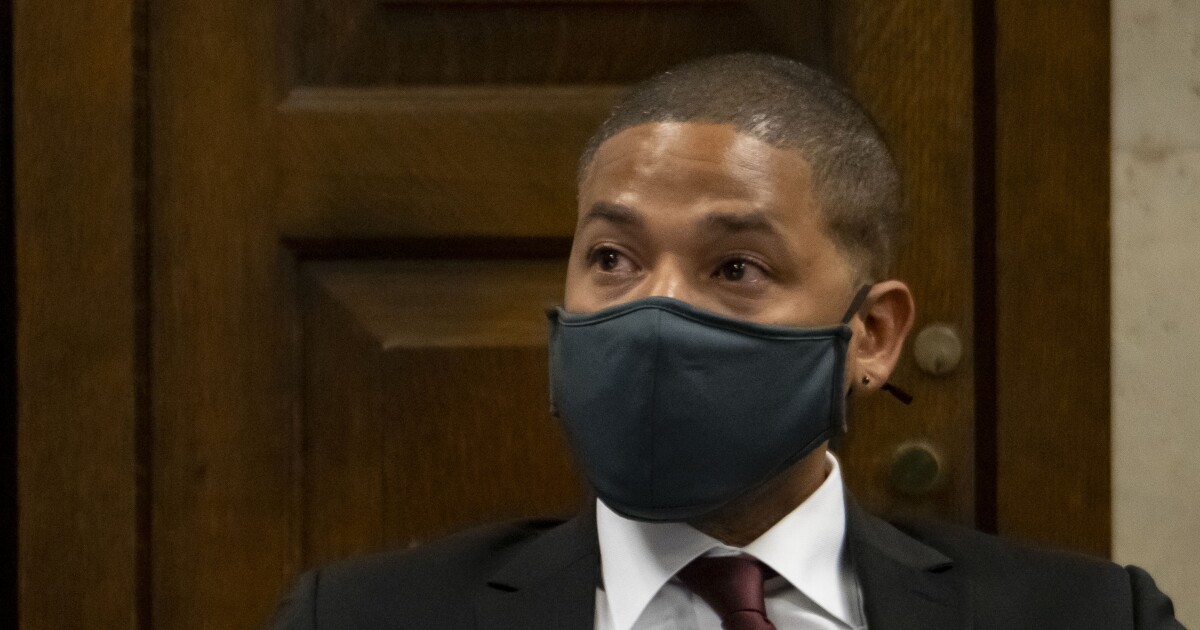 In a rare interview, Jussie Smollett recently opened up about the aftermath of being accused of organizing his own hate crime in Chicago.

Speaking to Sirius XM’s Sway Calloway on Wednesday, the former ‘Empire’ star looked back at 2019 when he was arrested for filing a false police report alleging he was the victim of a racist and homophobic attack in an affluent neighborhood. in Chicago.

Earlier this year, Smollett was convicted in Chicago on charges of organizing a hate crime and sentenced to 150 days in prison. But the actor, director and musician, who has maintained his innocence, was released pending appeal shortly after.

“The prison system must be dismantled,” Smollett said in “Sway in the Morning.”

The arrest was followed by a quick and serious reaction. All over the internet, people were piling up on Smollett for allegedly wasting the police’s time and resources for personal gain. But Smollett didn’t see the criticism until a year after he was detained, he told the radio show.

Smollett added that his loved ones protected him from the negativity “in a really nice way” until one day he decided to Google himself.

“Worst idea ever,” he said. “I really saw what it was, and it was so painful because I thought, ‘Ooh, did he say that about me? Oh my God. She said that?'”

In the wake of the alleged assault and before he was arrested, Smollett sat down to discuss the ordeal with Robin Roberts on “Good Morning America” ​​— a great interview he now regrets.

“I looked at it and I was mortified,” he told Calloway. “Every word I said in that interview was the truth, but there was a certain level of performative nature coming out of it because I didn’t want to be there. †

“I was so angry and so offended that I had to go on national television to explain what had happened to me. And it was so political, and it was all those things, and I found myself dealing with my own internalized homophobia .”

Smollett appeared on “Sway in the Morning” to promote his recently released movie “B-Boy Blues” on BET+. His directorial debut is his first Hollywood project since he was fired from “Empire” after his arrest in 2019.

Several entertainment figures, including Taraji P. Henson, co-star of Smollett’s “Empire,” have protested the outcome of his Chicago trial and posted the hashtag #FreeJussie on social media.

“I’ve never felt so healthy and grateful,” Smollett told Calloway. “I get the idea of ​​trying to convince or hoping that people see the truth. … I really just go where the love is.”