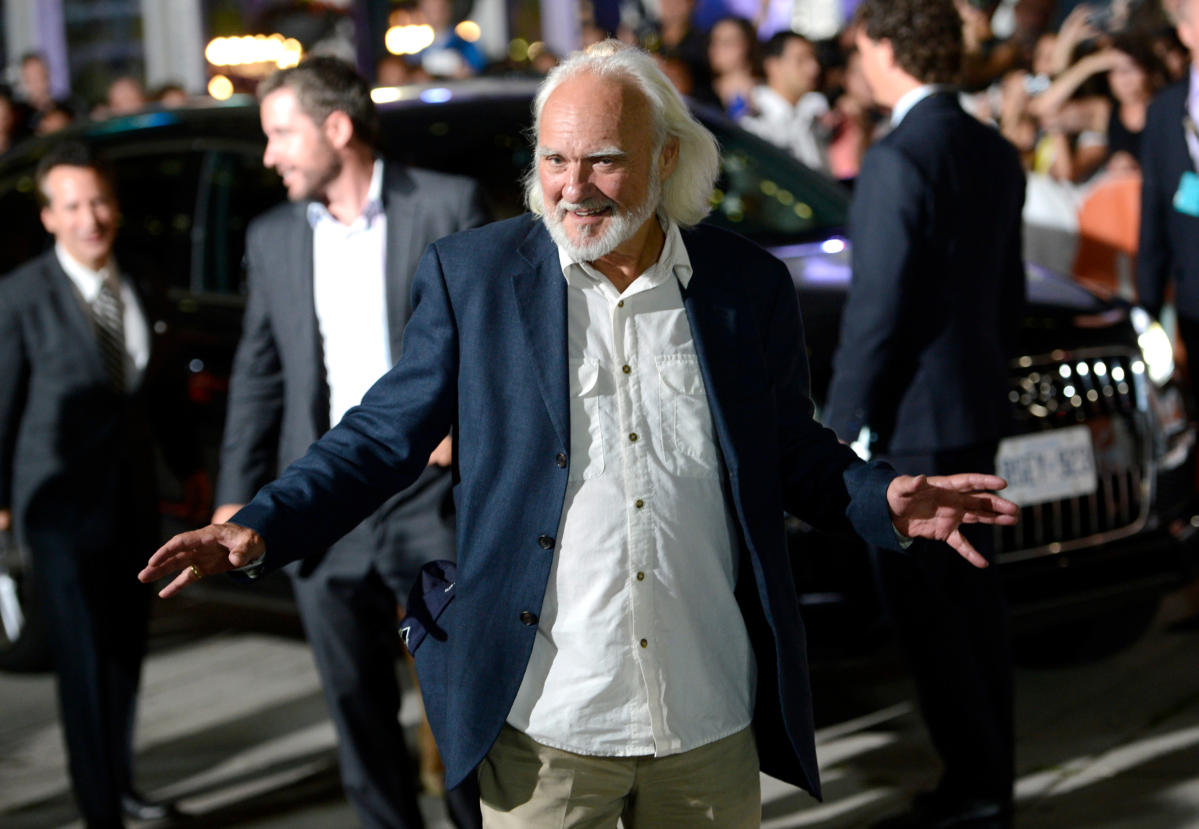 Kenneth Welsh, a prolific Canadian actor with more than 200 film credits, passed away Thursday night. He was 80.

ACTRA, the Canadian Film and Television Association, confirmed the news on Friday.

“Ken was one of Canada’s greatest performers of all time, with hundreds of memorable roles spanning decades,” ACTRA said in a statement. “He will be greatly missed. Our condolences to his loved ones.”

Welsh is best known to American audiences for his role as Windom Earle, the deranged FBI agent in Season 2 of the groundbreaking television series ‘Twin Peaks’.

He was a regular on television in Canada, often starring in TV movies, and portraying several historical figures on screen.

Born in 1942 in Edmonton, Alberta, Welsh attended the National Theater School of Canada in Montreal. He then spent the early years of his career performing at the world-famous Stratford Festival, known for its performances of Shakespearean plays. In 2006, he would play himself in an episode of ‘Slings & Arrows’, an acclaimed comedy series set in a fictional theater company modeled on Stratford.

Welsh’s first film title was as a performer in ‘Shoestring Theatre’, a 1963 CBC anthology series in which a group of actors staged minimalist, experimental productions of plays. He made a few more TV appearances in the ’60s, including TV movie versions of “Henry V” (where he played Grey) and “The Three Musketeers” (where he played the pivotal role of D’Artagnan).

He had notable roles in television movies such as ‘Hedda Gabler’, ‘Reno and the Doc’, ‘A Stranger Waits’ and ‘Love and Hate’. In 1988, he had a supporting role in “Crocodile Dundee II” and starred in an episode of the then-ongoing “Twilight Zone” revival.

Welsh was cast as Windom Earle, one of the central villains in Season 2 of “Twin Peaks” in 1990. Earle, the former partner and mentor of Special Agent Dale Cooper (Kyle MacLachlan), went mad and killed his wife. After escaping from captivity, he traveled to the title city of Twin Peaks in hopes of unleashing the power of the supernatural Black Lodge.

Welsh made a menacing presence as Earle, who was memorable for his vicious nature and obsession with chess. The actor starred in 10 episodes of the show and was a central figure in the show’s famously ambiguous finale.

After “Twin Peaks”, Welsh began working more in America, although he continued to perform regularly in Canadian productions. He guest-starred on shows such as ‘The X-Files’, ‘Law & Order’, ‘Due South’, ‘Smallville’, ‘Stargate Atlantis’, ‘The Expanse’ and ‘Star Trek: Discovery’.

In 2018, Welsh took on a notable recurring role on “Lodge 49” where he played Larry Loomis, the leader of a fraternal order. He also continued to star in television movies, including the role of U.S. President Harry S. Truman in two separate productions: “Hiroshima” in 1995 and “Haven” in 2001.

From 2000 to 2002, Welsh played Dr. Watson opposite Matt Frewer as Sherlock Holmes in four television films for the Hallmark Channel.

Welsh had supporting roles in theatrical films, including ‘Timecop’ and ‘Legends of the Fall’. In 2004 he played Dr. Hepburn, the father of Cate Blanchett’s Katharine Hepburn, in Martin Scorsese’s “The Aviator”. That same year, he also played the incompetent Vice President of the United States, Raymond Becker, in Roland Emmerich’s disaster film “The Day After Tomorrow.” At the time of the film’s release, there was some criticism of how Welsh resembled then-Vice President Dick Cheney, which Emmerich said was intentional.

Other notable films include ‘The Fog’, ‘The Covenant’ and ‘Fantastic Four: Rise of the Silver Surfer’.

At the time of his death, Welsh had several projects in post production.

He was set to make a guest appearance in the Prime Video revival of Canadian sketch comedy series “The Kids in the Hall,” due out later this month. Other upcoming roles include appearances in films such as ‘Campton Manor’, ‘Midnight at the Paradise’, ‘Deadly Draw’ and ‘Afterwards’.

Welsh is survived by his son, Devon Welsh, a singer-songwriter.