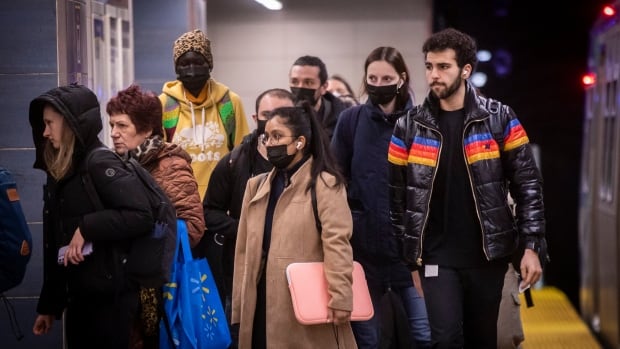 Last week, another 59 people died in BC after testing positive for COVID-19, while the number of patients in intensive care with the disease appears to have risen, according to the county’s latest reports on the pandemic.

On Thursday, 596 people with the new coronavirus will be in hospital, 54 of which are in intensive care, according to the BC COVID-19 dashboard.

That would be an eight percent increase in total hospitalizations from last Thursday’s figures, when the province reported 550 people were hospitalized. The number of patients in the ICU has increased by 38 percent compared to 39 a week ago.

But all the figures released by the province are preliminary, and it has become difficult to compare from week to week.

Under BC’s current system of reporting COVID-19 data, the numbers released for any given week will be retroactively adjusted and often change significantly by the time subsequent reports are released.

For example, a week ago, the weekly report from the BC Center for Disease Control said that between April 24 and 30, 50 people had died within 30 days of testing positive for COVID-19†

The last report released on Thursday now says 68 people died during that period — a 36 percent spike from what was previously reported.

The numbers released Thursday are part of a relatively recent approach that BC health officials introduced earlier this year, both in transitioning to weekly reporting and in how certain metrics are calculated.

There doesn’t seem to be any new cases

The report shows that the number of new cases has fallen by about 13 percent from 2,283 reported the previous week. However, because testing is now quite limited, the number of cases underestimates the true number of people with COVID-19 in BC

According to the BCCDC, a total of 331 people with COVID-19 were hospitalized between May 1 and 7.

The current estimate for deaths during that time is 59, a figure that is reported in a very different way than in the past.

Those deaths include anyone who died within 30 days of testing positive for COVID-19, regardless of whether or not the virus has been confirmed as the underlying cause of death. Previously, each death was examined to determine whether COVID-19 was a cause.

Provincial Health Officer Dr. Bonnie Henry has said that anything above a five percent test position is an indicator of a more worrisome level of transmission.

Wastewater tests at five different treatment plants representing 50 percent of BC’s population show a downward trend at four of the five sites as of May 7, and no clear trend at the fifth, according to the latest situation report from the BCCDC†

Provincial health officer Dr. Bonnie Henry said at the time that vaccination rates in BC are high enough that such requirements are no longer necessary to avoid overburdening hospitals.