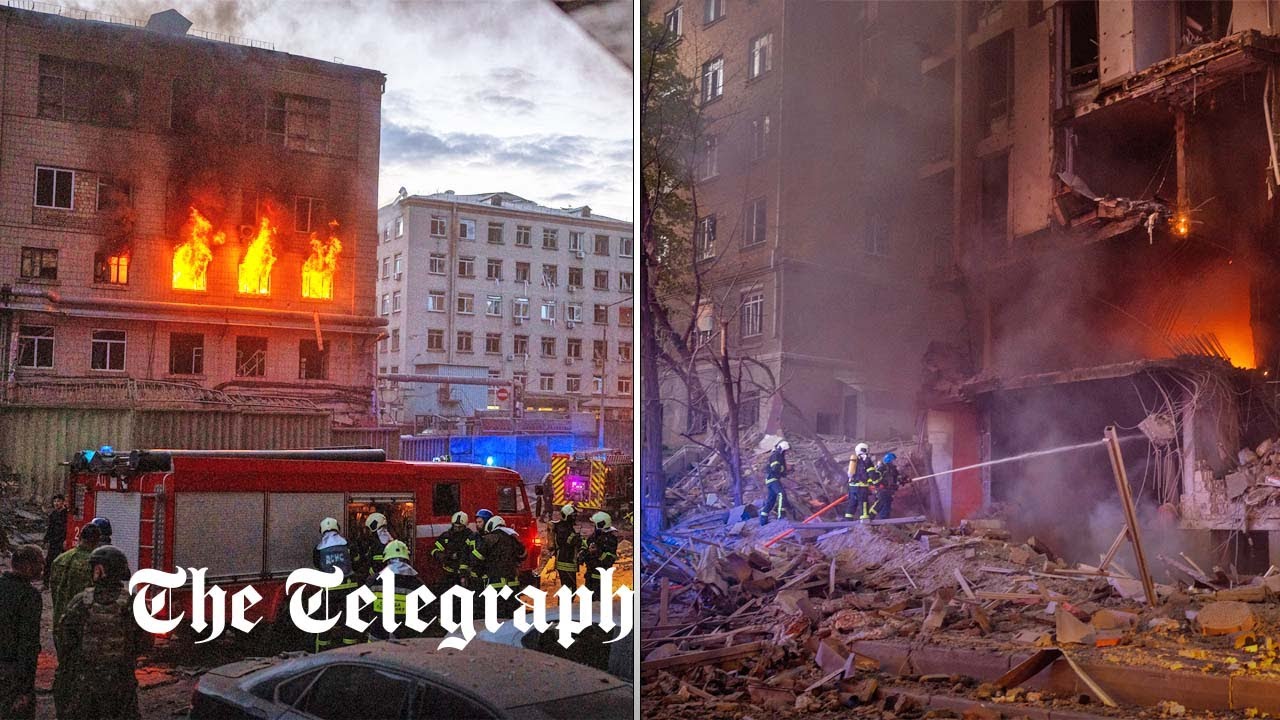 RUSsia shelled targets from practically one end of Ukraine to the other Thursday, including Kiev, and bombed the city while the head of the United Nations visited in the most brutal attack on the capital since Moscow’s troops withdrew weeks ago.

Ukrainian emergency services said 10 people were injured when a Russian missile hit a 25-storey apartment building in Kiev on Thursday evening, causing a fire that partially destroyed the first and second floors.

The bombing came just an hour after Ukrainian President Volodymyr Zelenskyy held a press conference with UN Secretary-General Antonio Guterres, who said Ukraine has become “an epicenter of unbearable heartache and pain.”

A spokesman said Guterres and his team were safe.

Meanwhile, explosions were reported across the country — in Polonne in the west, Chernihiv near the border with Belarus and Fastiv, a major rail junction southwest of the capital.

The mayor of Odessa, in southern Ukraine, said missiles were intercepted by air defenses.