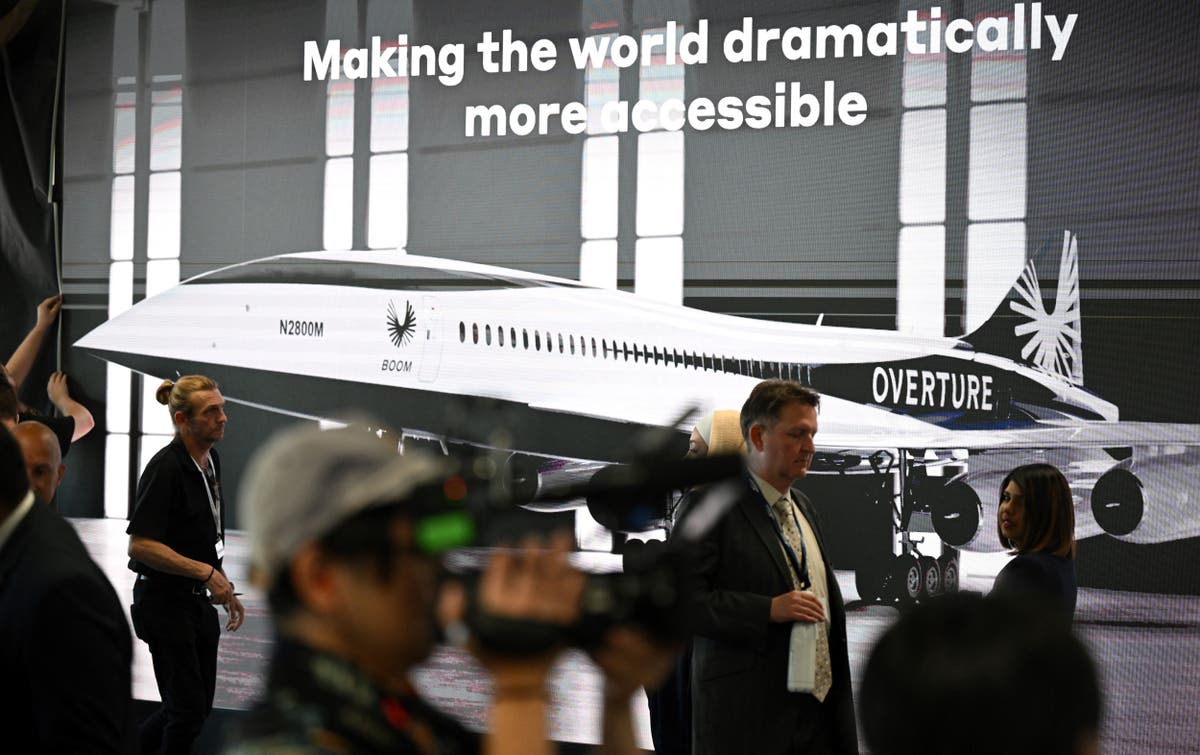 Going on holiday is always exciting, the thought of a long-haul flight is often enough to make people afraid of travel.

Fortunately, a supersonic jet design has been unveiled, which can cut flight times significantly, with journeys from London to New York estimated to take just three and a half hours.

The Boom Sonic Overture will transform travel as and when it takes to the skies, and could become the world’s fastest plane.

Many wonder how the plane works and what it takes to launch it. Here’s everything you need to know.

How does the Boom Supersonic Overture plane work and why would it be so fast?

The Boom Supersonic Overture aircraft will reach speeds of 2,100 km/h. For context, an average commercial aircraft flies at 740 to 930 km/h.

The aircraft, which has had 51 design iterations to date since its first in 2017, has four wing-mounted small engines with “gull wings” to improve speed and stability.

This means it will cruise faster than the speed of sound when flying over water. With noise in mind, the new engine design is built to reduce noise and make the aircraft quieter.

It will also fly without afterburners, which will also help reduce aircraft noise, benefiting both passengers and airport communities.

The body is designed to minimize aerodynamic drag and ensure fuel economy is maintained even at supersonic speeds.

When can passengers fly on the Boom Supersonic Overture?

With potential flight times of just three and a half hours from London to New York, many are eager to hop aboard the Boom Supersonic Overture.

However, there is still a long way to go before the plane is ready for the public, with Boom confirming that production should start in 2024 and the jet in 2025.

It could then take another four years before the jet is ready for passengers, but the company states that this should be in 2029.

If the designs remain as they are now, the aircraft should be able to carry 65 to 80 passengers.

Boom founder and CEO Blake Scholl said, “Aviation hasn’t made a big leap in decades. Overture is revolutionary in its design and will fundamentally change how we think about distance.

“With more than 600 routes around the world, Overture will dramatically make the world more accessible to tens of millions of passengers.”