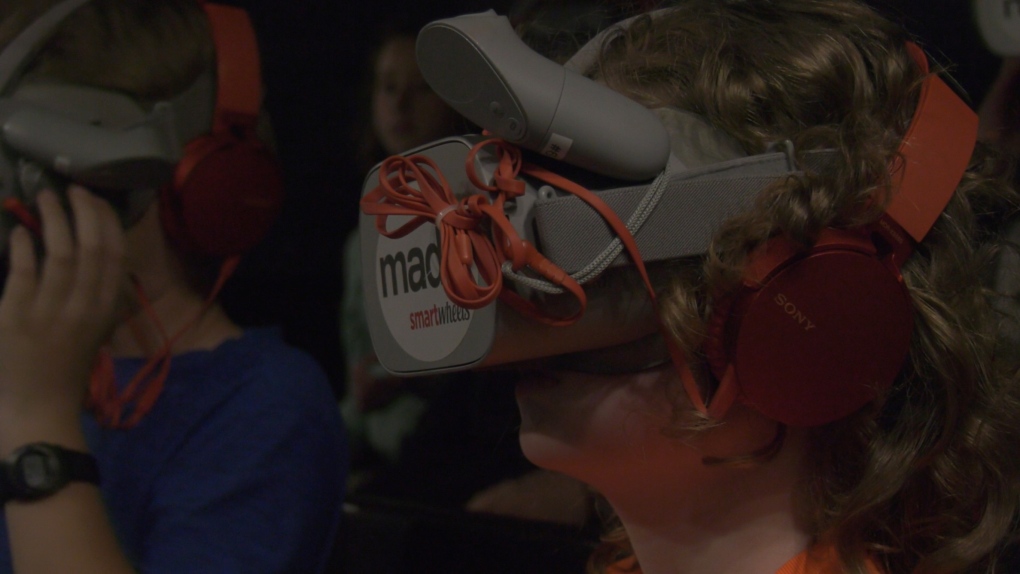 The Mothers Against Drunk Driving (MADD) smartwheels bus allows students across Saskatchewan to get a first-hand look at the dangers of driving.

It makes its way through the county teaching kids the dangers of not only drunk driving, but the dangers of drug use before they get behind the wheel. Previously, participants were given items such as plastic glasses for drunks to learn about the dangers, but an attendant said the bus takes things to a whole new level.

“It’s really nice to see the change from just drinking glasses to hearing stories from kids about how they could actually intervene because they saw the science. So it’s nice to see a progression and use that technology for something positive. Rather than just saying there’s a video here or here some introductory lessons for us to read,” said MADD facilitator Caitlyn Hawryah Haier.

The technology use includes virtual reality videos, along with interactive videos and quizzes that students answer on the individual tablets they receive on the way to the bus.

For students like Silver Nordine, who is also a member of the school’s local Students Against Drunk Driving club, the bus gave her a different perspective on drink-driving.

“It was a bit scary, but also very interesting to see what happened… the first one, where you were the driver and you were disabled and you smoked at the same time. And it was very blurry, and in the end you crashed said the 7th grade student.

The bus is centered around grades four to six, but varies depending on the split grades. For secondary school students, MADD has a bus that is also more suited to their level, by offering training courses on issues such as peer pressure.

When it comes to the younger generation, Hawryah Haier said it is important to get them educated early.

“Children are usually little sponges. So it’s really nice to see them playing a really big part in how their parents drive and potentially the next generation of drivers in how they drive later,” she said.