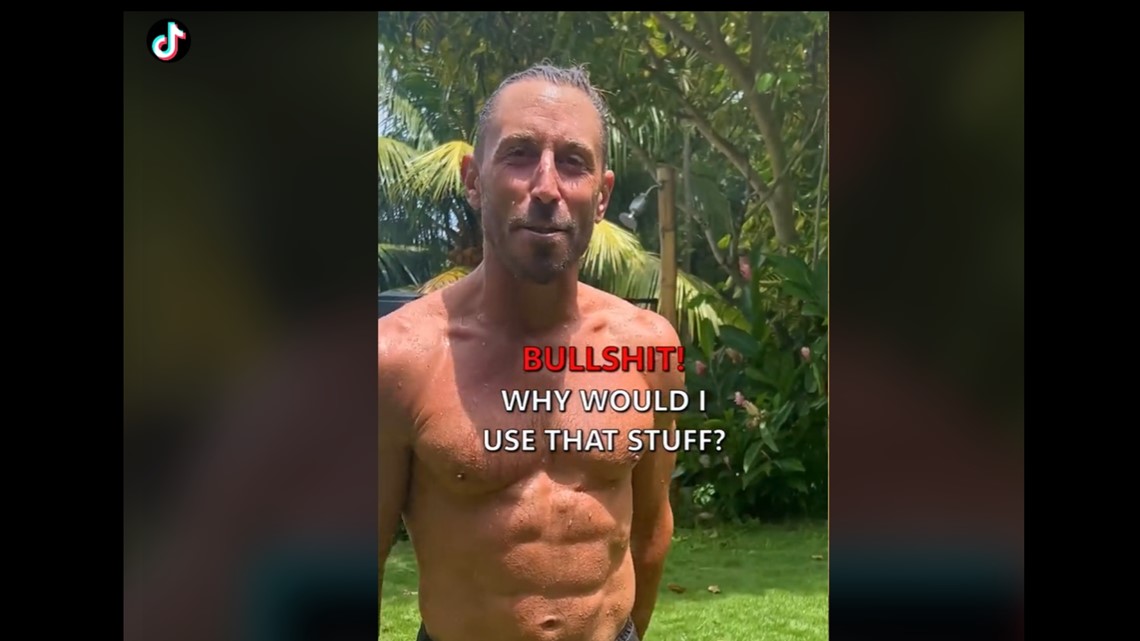 Well, this may sound like a smelly situation, but according to science, you can throw the soap away.

CALIFORNI, USA — As children, we were always told that the best form of hygiene is a clean body that has been washed with soap. And mama always said, get behind those ears and don’t forget your neck!

But a California doctor says he ditched soap altogether.

Yes, you read that right.

Dr. Paul Saladino MD is a physician based in Southern California and an expert in the science and application of the “carnivore diet,” according to his website.

“People always ask me what shampoo I use. None, just water! Soap? Only water, I don’t use that either,” Saladino says during his now viral video of his washing routine. According to Saladino, “your weight loss diet” may be the cause of the orders, not because you didn’t use soap.”

Nothing at all, that’s right. I use absolutely nothing when I shower and brush my teeth. Just water! #theremembering🏹

Saladino also states in the video that he doesn’t use deodorant because he “isn’t afraid to smell like a human, especially since my diet is good.”

Many viewers had questions and… you guessed it, comments about the doctor’s unusual practices:

Another user wrote on Tik Tok:

While TikTok user Rissa wanted to remind other commenters that “smelling good is a side effect of soap”. For those who may have forgotten:

At least one viewer agreed with Saladino about his TikTok and his choice not to use soap:

The video has been seen all over the internet and sparked a discussion about the doctor’s hygiene habits.

But is there any truth to his video?

Can your diet and overall health affect body odors and the need to use soap?

According to Healthline, all you really need is “…bare bones, to stay clean and water.” Conventional soaps are filled with lye, grease and oil that can damage the skin by altering the pH. This can cause unhealthy bacteria and strip vital oils, the article says.

The article also recommends not having your water so hot when showering and advises readers to try a lukewarm rinse instead.

When it comes to food, WebMD says yes. What you eat can affect your body odor. According to an article, foods that make you sweat more, such as hot peppers or other spicy foods, can also lead to body odor.

The smell of foods like onions or garlic can be carried in your sweat, as stated in the WebMD article. Drinks with caffeine or alcohol can also make you sweat more, so keep that in mind as well.

For those of us bonded and loyal to the soap, the Healthline article recommends trying natural soaps, cleansing oils and brushing away dead skin cells with dry hair for a healthier shower.

So at least we know there are other substitutes for those looking to get out of the Dove and Irish Spring. Whatever you decide to do, stay healthy and clean!