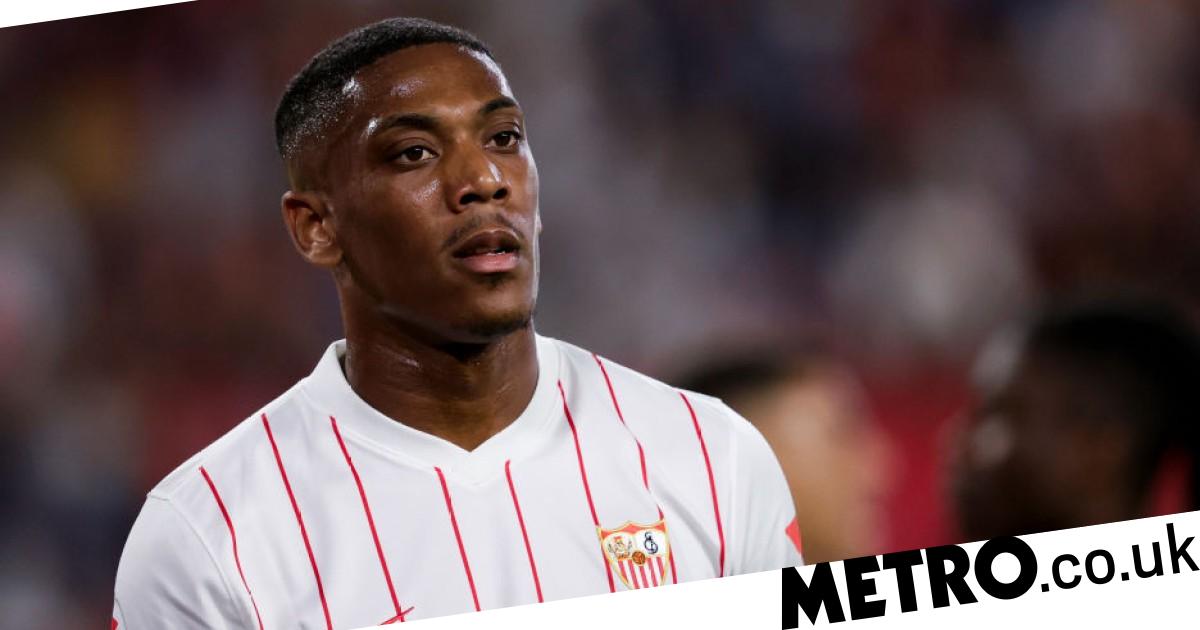 Manchester United are considering paying Anthony Martial a whopping £12million to get him off the books this summer.

The Frenchman is currently on loan to Sevilla after falling down the pecking order at Old Trafford, although the short-term deal did not go particularly well.

The 26-year-old has struggled with injuries, making just eight La Liga appearances since arriving in January and not scoring in the league.

The attacker has scored one goal in three Europa League appearances, but it was far from the impact the Sevilla bosses wanted from the France international.

However, a permanent move to the club is not out of the question and Manchester United would like to get rid of him to Sevilla or someone else who can take him off their hands.

Martial still has a contract until 2024 and is reported to be paid around £240,000 a week at Manchester United.

The Red Devils pay 60% of his wages while he’s at Sevilla, so he remains a huge expense for the club even when he’s not there.

The Sun reports that they are happy to pay him off to leave Old Trafford this summer, with his wages for the next two years set to cost United nearly £25million.

The report says United Martial would be happy to hand over £12 million if it meant finding a new club at the end of the season.

The former Monaco striker could still have a future at United if new manager Erik ten Hag decides he sees something in him, but an exit seems much more likely if a club wants to offer him what he wants.

Sevilla sporting director Monchi hinted he could have a future at the club, telling Radio Sevilla: ‘His transfer was cheaper than you think, but it’s still a big gamble, only six or seven million’

“Unfortunately it is difficult to analyze Martial’s performance when he was injured and now he is injured again.

“I am not closing the door on his continuity, although there is a lot to see and discuss with the player at the end of the season.”

For more stories like this, check out our sports page†