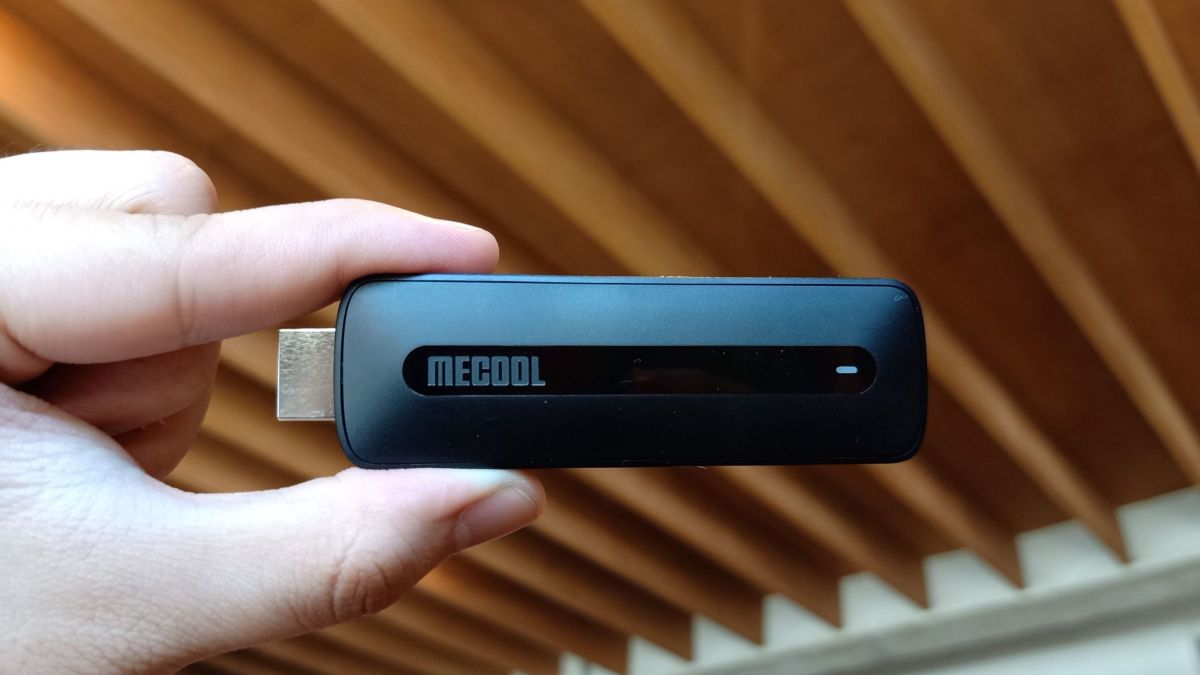 The Chromecast with Google TV ushered in a whole new streaming experience for Android TVs when it launched in September 2020. While the Google TV interface has made its way to a significant number of smart TVs, it’s only available on a few streaming sticks and boxes.

Fortunately, a Chinese company called Mecool introduced its own Google TV certified streaming dongle in April. The Mecool KD3 ticks all the boxes if you’re looking for a Chromecast with Google TV alternative, though it has the same shortcomings as Google’s dated streamer.

In the two weeks that I’ve been using the streaming stick, I’ve found that it can handle any task. When you combine that with an excellent remote with a few more dedicated buttons for your favorite streaming services, the KD3 becomes a worthy rival to the best Google TV-compatible streaming sticks and boxes money can buy.

Mecool announced the KD3 on April 20, running Android TV OS 11. The stick costs $63 in the United States and can be purchased directly from Mecool’s online storefront. If you prefer to buy the product through Amazon, it will cost $80.

Fortunately, the company has offered Android Central readers a 15% discount. By entering the code KD3MECOOL on the Mecool website, you can get the KD3 for a lower price.

The company said the product will be shipped to the US, EU and UK markets.

The KD3 comes in a fairly compact package. The design is monotonous, which is fine because it’s not something meant to be seen all the time. The dongle itself has some weight, which makes it feel sturdy despite its small size. It plugs directly into your TV’s HDMI port, just like Google’s streamer. If you’re having trouble connecting the dongle to your TV’s HDMI port, the KD3 comes with an HDMI extension cable to help.

The main part of the stick is also matte plastic, with a glossy strip in the middle with the Mecool logo on one side and the power indicator light on the other. A micro USB port on the back connects to the included USB power cable, which you can use to power up the dongle by plugging it into the AC adapter.

In my case, however, I didn’t need the AC adapter to power the thing as it worked perfectly on my TCL Union TV’s built-in USB port. This eliminates the need for an extra outlet, which is always a plus.

Like the Chromecast with Google TV, it includes support for 4K streaming at up to 60 fps, HDR10 content, as well as Dolby Vision and Dolby Atmos.

Mecool did a great job tweaking Google’s G10 reference design for the remote and adding a few more buttons. While the remote is similar to many streaming devices or Android TVs, it has many more buttons than the Chromecast with Google TV remote.

Of course, the remote isn’t complete without a Google Assistant button that lets you talk to the voice assistant. It’s noticeably faster here than on Google’s media device, although that’s probably because the latter is getting older.

As usual, there are the power, input and volume buttons for your TV. It should be noted that the volume buttons work as expected thanks to HDMI-CEC support and IR blaster configurations, so you don’t need to use your TV’s supplied remote to adjust the volume.

At the bottom there are dedicated buttons for YouTube, Netflix, Amazon Prime Video, and Disney+. You can’t help but appreciate the quick access to the major streaming platforms they offer, and as someone who uses Netflix and YouTube frequently, the shortcuts are handy.

If you have an Apple TV subscription, you’ll be happy to hear that the KD3 supports Apple’s streaming service. This is something the Chromecast with Google TV is still missing even after a few years.

In addition, you will see a unique profile button to the left of the Assistant button. You won’t usually find this button on the included remote on many of the best streaming devices, and its presence on the KD3’s included remote is presumably in preparation for the future rollout of personalized Google TV profiles.

When you press that button, the profile selector appears, which allows you to switch between your main profile and that of a child. However, you won’t find it very useful until Google introduces personalized profiles. However, it is encouraging to see Mecool preparing the media device for the future.

Speaking of future proofing, the KD3 is powered by an Amlogic S905Y4 chipset, a newer type of processor with support for AV1 encoded content. This video streaming codec is not yet available on many streaming services.

However, compared to the more popular HEVC and H.264 standards, it offers a better compression system that allows significant savings in data efficiency without compromising video quality. As a result, it is poised to become a more ideal standard in the future as video content uses higher frame rates and 8K resolution.

One more thing: Mecool also deserves a pat on the back for accomplishing what Google hasn’t done with the Chromecast with Google TV. One advantage of the KD3 over the Chromecast with Google TV is expandable storage. While the streamer has the same 8GB of internal storage as Google’s media device, you can officially expand that space with a $9 OTG cable. This allows you to plug a flash drive into the cable’s USB port for additional storage.

In all these key areas, the KD3 gets the job done right. The installation process is simple, navigating through menus and apps is easy, and the video content is excellent.

The Google TV experience is identical to the Chromecast and I had no problems launching apps on the streamer. As expected, the KD3 did a good job of curating content based on what I often watch.

Another advantage is that the operating system of the streaming stick is a generation ahead of the Chromecast with Google TV. However, the dongle still has the February 2022 security patch and Mecool has not specified when the latest security update will be released.

I wish Mecool would add the ability to map its buttons to its future streaming device. Although this function is not common with other media devices, it is always useful to customize the button functions of the remote control.

While you can’t officially remap the buttons, you can always download and install third-party apps from the Play Store. I use the Button Mapper app to change the behavior of certain buttons. For example, I’ve remapped the home button for things like taking a screenshot in addition to navigating to the home screen.

I’d also like to see the successor to the KD3 come with larger built-in storage. The KD3 suffers from the same app installation limits as the Chromecast with Google TV, which did not sit well with customers. 8GB of storage space alone isn’t enough, of course, and right away, only half of it is left for your apps and files due to the large storage space consumed by the system itself.

If you’re subscribed to multiple streaming services, consider the NVIDIA Shield TV, which comes with more storage. While there is an official fix for this shortcoming with Mecool’s dongle, being able to install as many apps as you need without running into these kinds of restrictions is always a plus.

The KD3 is a solid challenger to the Chromecast with Google TV if you don’t mind paying more for a few features not available on the latter. This means that Mecool’s streaming stick faces a lot of competition from more popular brands that cost less. At $50, Google’s hardware may still be the better option for some consumers, except it’s already a bit dated.

Perhaps the KD3’s biggest rival is the Amazon Fire TV Stick 4K, which supports 4K HDR streaming with Dolby Vision and Atmos for just $50. It includes an Alexa-powered voice remote and offers the same 8GB of storage. The two differ only in the software they use.

You may also be interested in the TiVo Stream 4K, another Android TV-powered device that supports 4K resolution, HDR, Dolby Vision, and Dolby Atmos. It also includes the TiVo Stream app, which offers personalized content based on your subscriptions. The best part is it’s only $49.

Mecool KD3: Should you buy it?

You should buy this if…

You should not buy this if…

At $63, it’s hard to recommend this product as a better purchase than the Chromecast with Google TV. The KD3 is also not as heavy as the NVIDIA Shield TV 4K, which has everything you could ask for in a streaming device. But when it comes to helping you discover content, this is an excellent choice.

Google I/O 2022 is in full swing, which means a slew of new updates to the search giant’s TV operating system. We’ll have to wait and see how the KD3 holds up, as more streaming devices are expected to add support for the interface in the coming months. While the streamer is a worthy challenger to Google’s hardware, it’s far from making its money.

If you’re looking for a streaming device that supports 4K, HDR10 content, Dolby Vision and Atmos, as well as an excellent remote, the Mecool KD3 Android TV streaming stick is a worthy alternative to the Chromecast with Google TV. It does the job well and has some future-proof features, such as support for the AV1 standard.