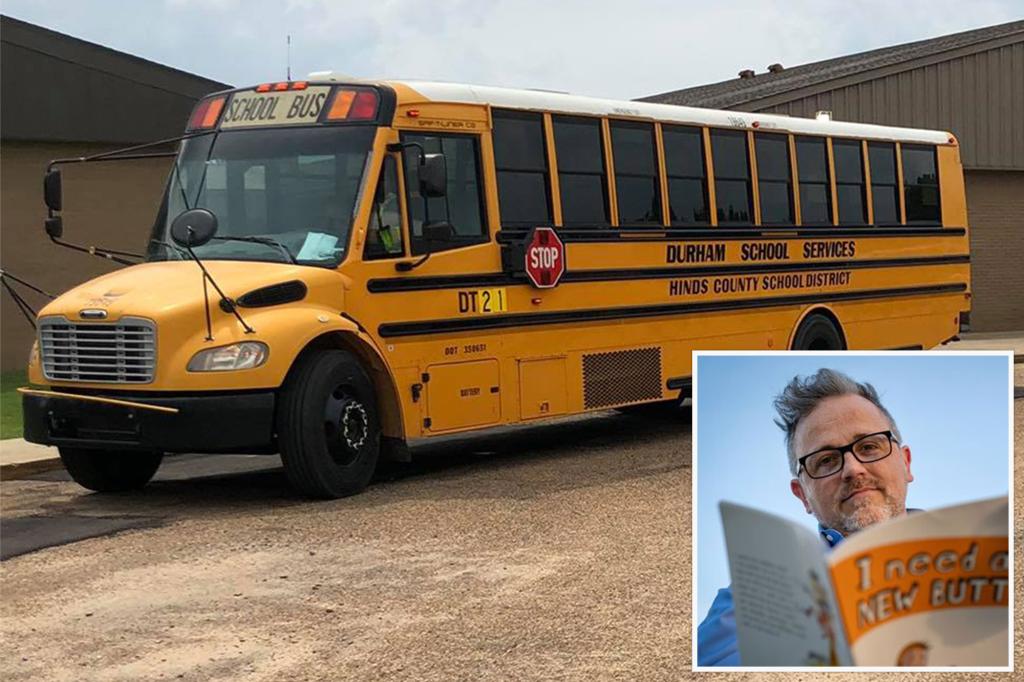 A Mississippi school district upheld a decision to fire an administrator for reading a book titled “I Need a New Butt!” to second-graders – but the custodian swore to take the fight to court.

Toby Price was fired as assistant principal of Gary Road Elementary in Byram in March, but he appealed the decision of the Hinds County superintendent and only learned how the school board voted this week, Clarion-Ledger reported.

Price was reportedly asked to step in and read to young people at a Zoom class after the scheduled reader — the principal — failed to show up.

“I was asked to read … and here we are,” he told the newspaper this week. “I’m just really sad. I don’t think it should have happened this way.”

The veteran of two decades of education told the Ledger he plans to file a lawsuit to get his job back.

Price had said Dawn McMillan’s “silly” book was “one of his favorites,” but Chief Inspector Delesicia Martin said it crossed a line by showing “private parts of the body.”

Members of the Hinds School Board held a hearing on Price’s appeal on April 28, then voted behind closed doors on his fate. The board’s 12-page decision was just handed over to the fired educator Monday, the Ledger reported.

Of the five school board members, only two voted to uphold the resignation, two abstained and one voted against, the paper said.

“He doesn’t see the problems associated with a school administrator desensitizing both adult and child nudity by exposing it to children in his care,” the decision read.

“At the very least, it makes kids believe that all kinds of actions are nothing to worry about — they’re just funny. However, these activities are dangerous for children.”

The board alleged that a child pulled his pants down in class and repeatedly used the word “butt” while knocking on an administrator’s door after reading the story, de Ledger said.

The book traces a young boy’s journey to find a new backside after noticing that “his butt has a massive crack,” according to the publisher’s description.

The description goes on to say that this “quirky tale of a tail” includes rhymes and illustrations and promises that kids and parents will love the book “no ifs, ands, or butts about it!”