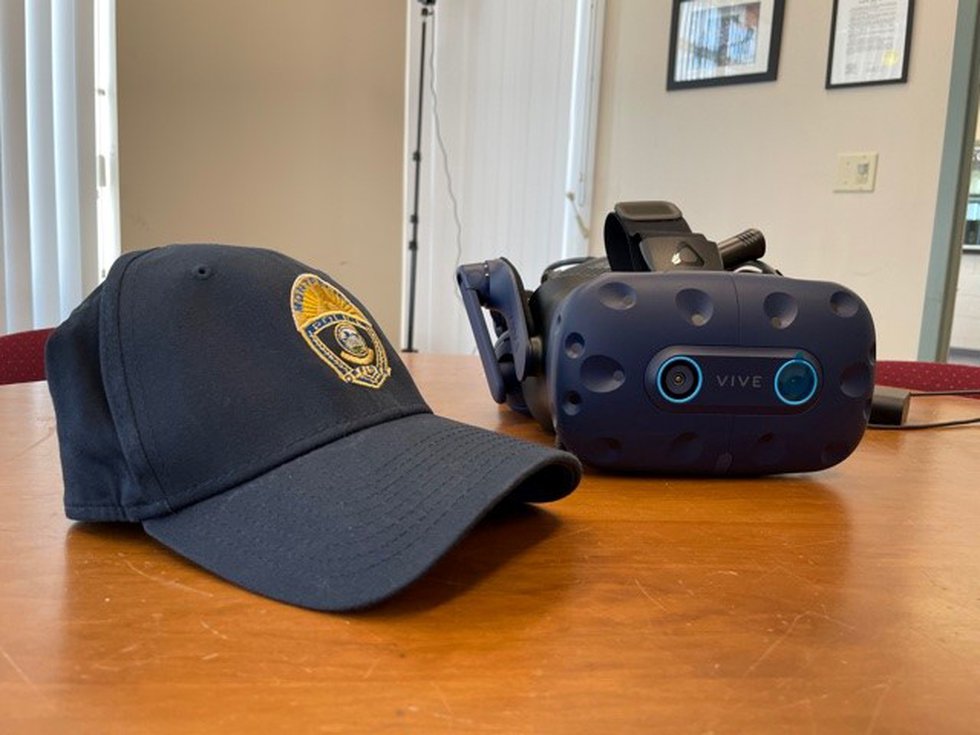 The department has begun using new body cameras and a hands-on, virtual reality approach to training. “It is a very good functional tool. It does more than a typical body-worn camera,” said Montpelier Police Chief Brian Peete

The body-worn cameras are provided by California-based company Visual Labs. They are smartphones that can record agent interactions at the touch of a button. “It’s very easy to operate, it’s very user-friendly and I think it’s something that’s very useful. With the camera systems that are worn on the body, the information is uploaded to the cloud as soon as the camera button goes off,” says Peete.

He says the cameras also serve as backup radio software for officers, and officers can access specific apps and emails used on the job.

In addition to the cameras, the department is trying out virtual reality headsets. “You put on the glasses, you have the tools that you normally do, and then you are immersed in a virtual world. Whether it’s a domestic violence situation, meeting someone who is suffering from a mental illness or a mental crisis at the time, and agents can create the scenarios,” explains Peete.

Both systems were purchased with a subsidy and are being implemented at no cost to the taxpayer. Chief Peete says that as police enforcement laws and policies change in Vermont, these tools will help the department analyze its role in the community. “It helps us assess and find out if we’re doing something right or if we’re doing something wrong, or if there are gaps in our policy that we need to fill,” he said.

The department started rolling out the bodycams earlier this week. Chief Peete says the goal is to take the VR equipment to other departments in the state to give them similar situational training.