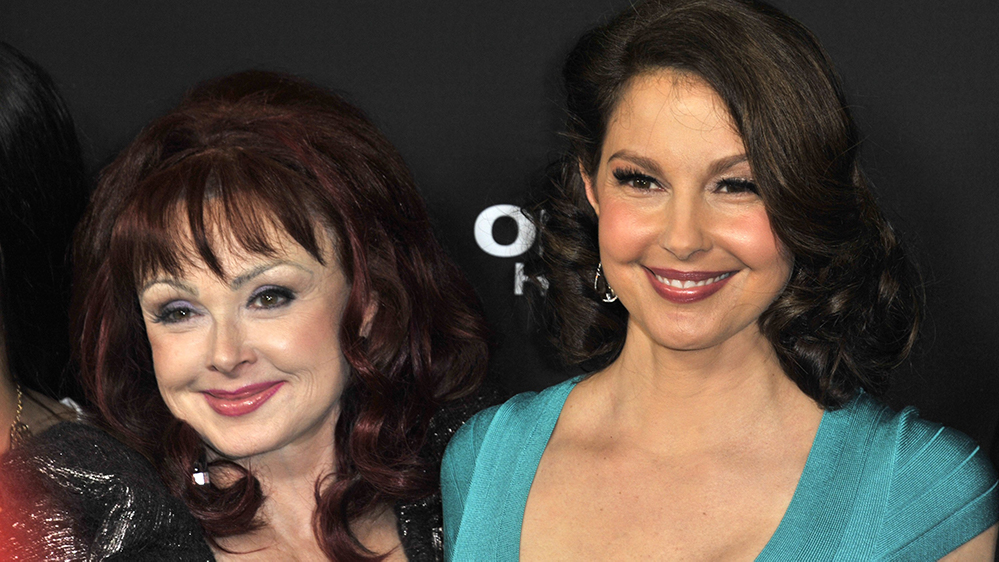 Ashley Judd appeared on “Good Morning America” ​​to talk to Diane Sawyer about her mother’s death and how the Judd family has been coping over the past few weeks. She said her family wanted to check the flow of information about the death before an autopsy was released.

“She used a gun… my mom used a gun,” Ashley told Sawyer. “So that’s the piece of information that we find very inconvenient to share, but we understand we’re in a position that if we don’t say it, someone else will.”

Ashley said she was sent by her family to discuss her mother’s death to shed light on the illness and shed light on a path for fans in need of help.

“My mother knew she was seen and she was heard in her fear, and she was brought home,” she said, adding: “When we talk about mental illness, it’s very important to be clear and distinguish between to make between our loved one and the disease. It is very real, and it lies, it is savage.”

Ashley also said that despite her mother’s imminent induction into the Country Music Hall of Fame, she was unable to continue to face the illness.

“Our mother couldn’t last until she was inducted into the Hall of Fame by her peers,” she said. “That’s the level of the catastrophe of what was going on inside her, because the barrier between the prestige they held her in couldn’t penetrate her heart, and the lie the disease was telling her was so compelling.”

“It was a mixed day,” she says. “I visit my mom and pop every day when I’m home in Tennessee, so I was visiting the house as I am every day. Mom said to me, “Will you stay with me?” and I said, ‘Of course I will.’… I went upstairs to let her know that her good friend was there and I discovered her. I have both grief and trauma from discovering her.”

She also encouraged fans to contact the National Suicide Prevention Lifeline (800-273-8255) if they need help.

In a statement released by Ashley Judd and her sister, Wynonna, immediately after their mother’s death, the two attributed her death to “the illness of mental illness.”

“Today we sisters experienced a tragedy,” the statement said, according to the Associated Press. “We lost our beautiful mother to a mental illness. We are broken. We navigate deep grief and know that as we loved her, she was loved by her audience as well. We are in uncharted territory.”

The day after Naomi Judd’s death, The Judds, a musical duo composed of Wynonna Judd and her mother, were inducted into the Country Music Hall of Fame in a tearful ceremony.

“I didn’t prepare anything tonight because I knew Mom would probably talk the most,” Wynonna told the audience during the introduction. “I’m going to make this soon because my heart is broken and I feel so blessed. It’s a very strange dynamic to be so broken and so blessed… Even though my heart is broken, I will continue to sing, because that’s what we do.”