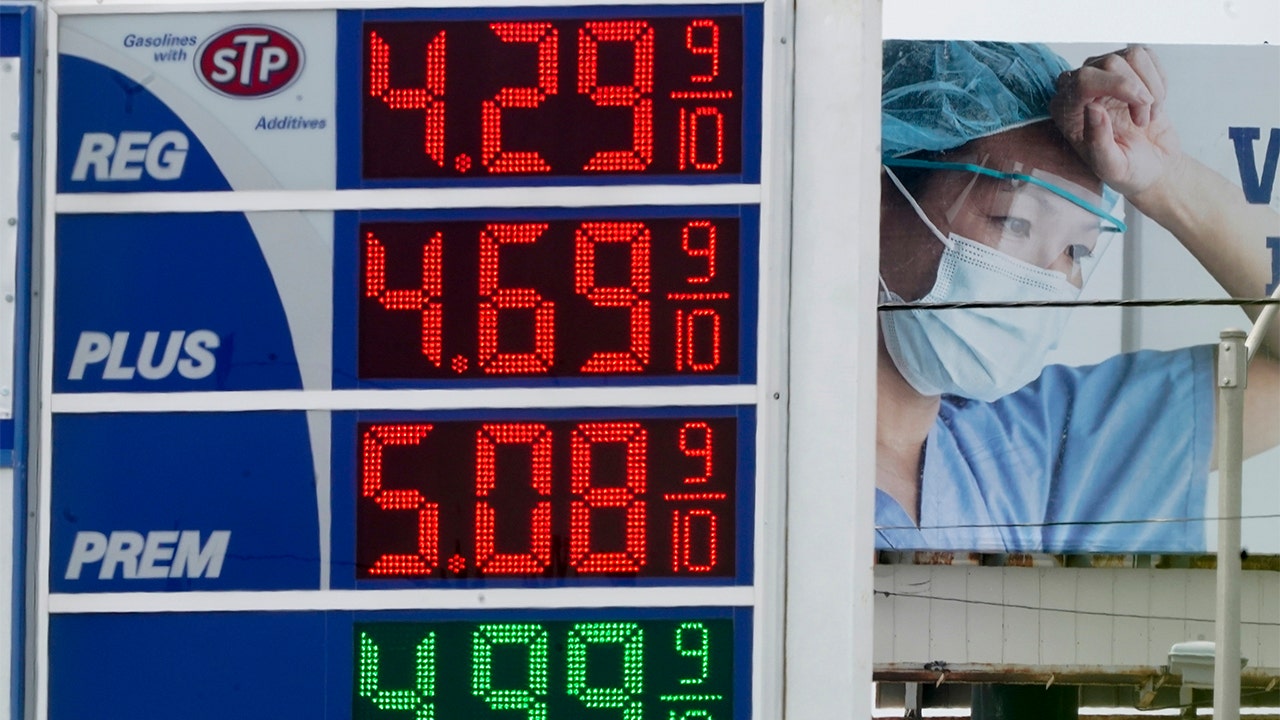 The national average gas price reached an all-time high and is expected to continue rising as the US energy supply crisis continues.

The average price for a gallon of gas reached $4.45 Saturday, according to AAA Gas Prices. Some states with higher-than-average prices are California at $5.92 per gallon and Hawaii at $5.32.

Diesel also hit its own highest recorded price of $5.56.

High gas prices are seen in front of a medical billboard on Wednesday, May 11, 2022 in Milwaukee. (AP Photo/Morry Gash/AP Newsroom)

Before Russia was hit by sanctions for invading Ukraine, threatening the already tight global oil market, the national average was $3.53, according to Lipow.

The Biden administration canceled one of the hottest oil and gas lease sales pending the Department of the Interior, as Americans face record high prices at the pump, according to AAA.

Cars line up for gas outside a Costco on Wednesday, May 11, 2022 in Pewaukee, Wisconsin. The Costco offered gasoline for under $4 a gallon, one of the cheapest in the area. (AP Photo/Morry Gash/AP Newsroom)

In his first week in office, President Biden signed an executive order temporarily suspending new oil and gas leases on federal grounds. The administration resume the new lease last month following lawsuits against the ban. The administration is appealing a ruling in which Trump appointee Judge James Cain lifted the ban.