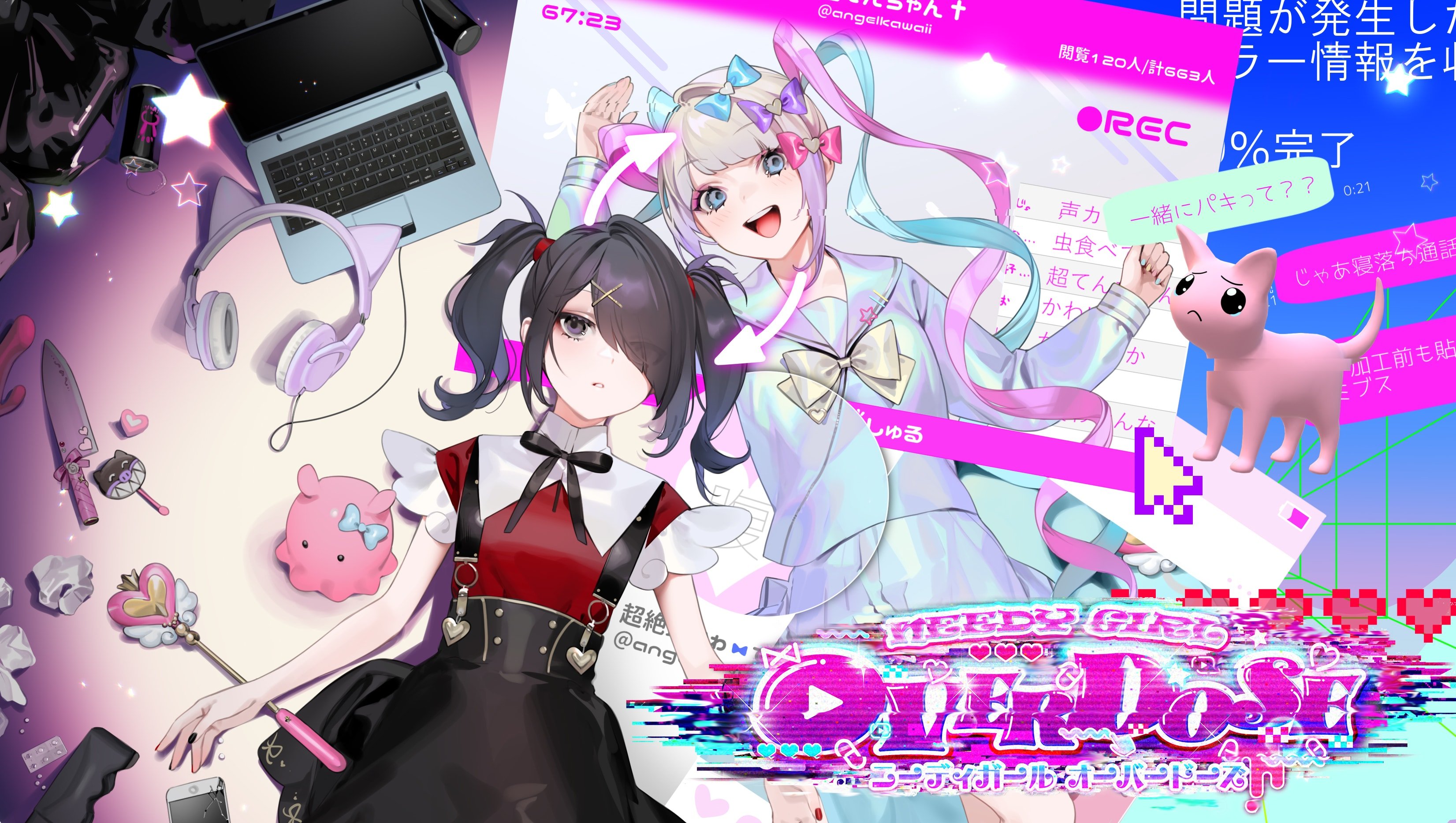 In Japan, the Switch version will be available physically for 4,378 yen and digitally for 2,640 yen. The physical edition includes an A4 fan art book and a soundtrack CD.

Needy Streamer Overload It first launched for PC via Steam on January 21st and has sold over 450,000 copies since then.

Here’s an overview of the game, via WSS Playground:

Needy Streamer Overload is a “multi-ending adventure” depicting everyday life with “OMGkawaiiAngel-chan”, a young girl with a rather extreme need for approval who tries to become the #1 “Internet Angel” (streamer). Gradually build OMGkawaiiAngel-chan’s following as she spends her days streaming, taking various medications and generally feeling a bit confused. Experience all the different crazy ups and downs and see for yourself if this story can even have a happy ending.

Turn “Ame-chan” – a bit of a hot girl mess – into an OMGWTF cute internet angel and start her career as a live streamer for the most hardcore otakus online!

As Ame-chan’s beloved (???) “P-chan”, provide daily commentary and guidance to help her become a top streamer. She’ll start getting few comments and even fewer followers, but under your guidance and guidance she can accumulate more and more devoted listeners/obsessed fans, making her a super popular streamer – thus allowing you to squeeze some stupid amounts of money from her donation-happy otaku followers.

It’s not all about streaming – sometimes you need to take a little break too! Take Ame-chan on dates, give her a little naughtiness now and then, give her a little something – something to take the edge off when she needs to let go of some pent-up stress, and use online dating apps to take her on dates with other guys. to keep her happy and mentally healthy. (Note: This is actually a perfectly healthy game, containing absolutely no explicit sexual references or expressions or illegal substances.)

You can see the results of your daily actions and behavior through social media where Ame-chan will use both public and private accounts to talk about you. People tend to be outwardly supportive and friendly, while chatting and spreading gossip en masse.

Sometimes you get long-winded, nasty criticism and insults, but that’s just part of dealing with a cute girl streaming on the internet. Make sure you take good care of her.

The game has multiple endings and your streamer will do things like get weird and emo for various reasons, damage her trusty P-chan and generally get confused. Start your adventure and see for yourself if a happy ending is really possible for a cute but crazy girl on the modern internet.

Watch a new trailer below.