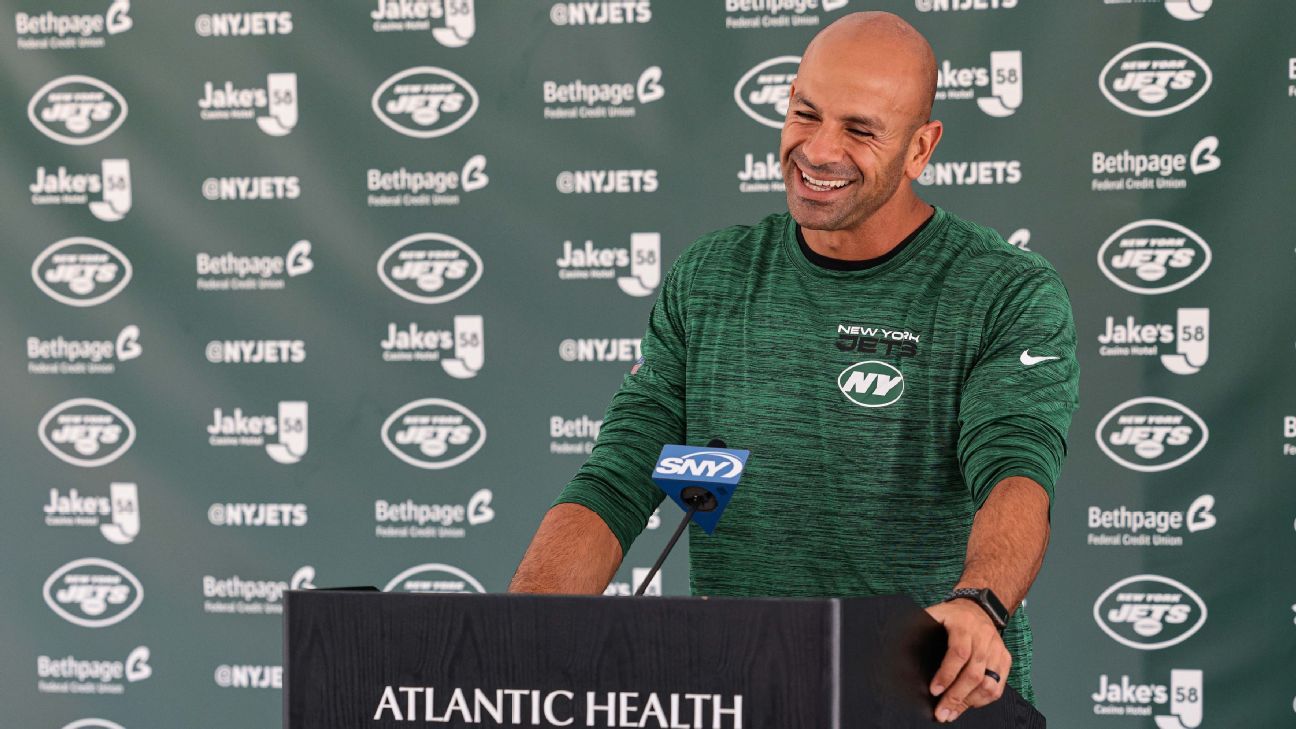 FLORHAM PARK, NJ — The New York Jets, who haven’t done too many things right in the past decade, found themselves in an unusual position near the close of the NFL draw on Saturday.

On the receiving end of universal praise.

Instead of bowing, coach Robert Saleh shook it off.

“I’ve also been to places where we were universally mocked,” Saleh said, recalling his time as an assistant coach for the Seattle Seahawks in 2012. “We took Bruce Irvin, Bobby Wagner and Russell Wilson in the first three rounds and we got a D-class, if I remember correctly.

“It doesn’t matter. We have to develop these young men. They have to come in and they have to perform. In about three years we will know.”

The Jets walked away with seven players, including four of the top 36 picks. They used their original first-round picks on Cincinnati cornerback Ahmad “Sauce” Gardner and Ohio State wide receiver Garrett Wilson, and they traded the bottom of the first round for Florida state defenseman Jermaine Johnson II. to select. They traded for Iowa State in the second round running back Breece Hall.

Gardner, Wilson and Hall were considered by many draft analysts to be the best players in their respective positions.

General Manager Joe Douglas amassed additional draft capital by trading security Jamal Adams and quarterback Sam Darnold in 2020 and 2021, respectively. Speaking about the design, he said the Jets had a chance to do “something special.”

Douglas didn’t want to call it that when it was over, but he was clearly pleased.

“A few things have come our way in terms of the design, but we also took our opportunities to add quality players,” said Douglas, who completed his third draft as GM. “Eventually we will see how it plays out in the coming years.

“Nothing ever goes perfectly with the design, but I feel like for the past two years everything has gone our way and we are making the most of our opportunities.”

The Jets needed an influx of talent after finishing 4-13, their 11th straight season out of the playoffs — the longest active drought of the league.

After the top four picks, the Jets added third-round tight-end Jeremy Ruckert, skipping the draft with a pair of fourth-round picks — tackle Max Mitchell and defensive end Micheal Clemons. They started with nine picks but were left with a total of seven picks after trades that allowed them to advance for Johnson and Hall.

One question that remains is the status of Mekhi Becton from the first round of 2020, who is coming from knee surgery and will not be participating in the off-season program. There has been speculation about him for months. Saleh has publicly lobbied Becton, who has dealt with weight issues, to rejoin the team.

“You want all your boys to be here,” Saleh said of the offensive tackle. “It’s voluntary, but I know he’s doing his very best in Dallas. We’re watching him. We know exactly what he’s doing and we know where he is in his rehab.”

Saleh glanced at a TV camera and said, smiling, “We’d love to have you back here, mate. We’ll take care of you.’

Saleh notified Becton at the end of the season, saying he would have to compete with George Fant to regain the left tackle. On Saturday, he was evasive when asked about the role of Becton, suggesting there’s a chance they can move him into the right tackle.