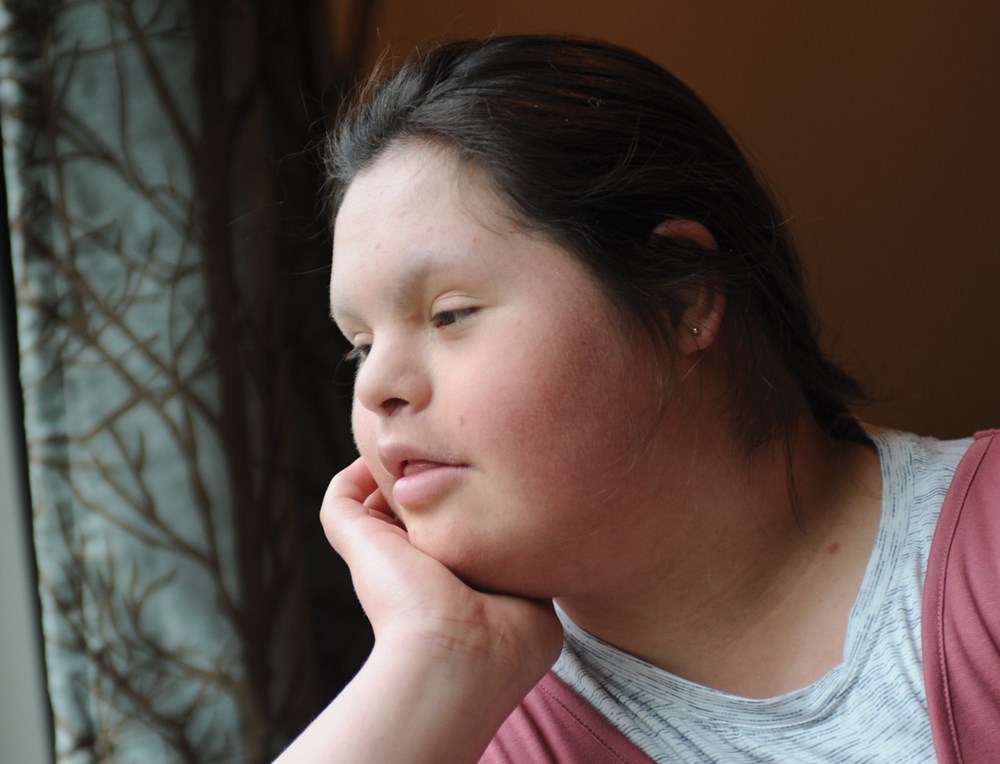 Sixteen-year-old Riley Paul has been allowed to attend school only online in North Vancouver for the past year. According to her family, that is discriminatory.

Parents of a North Vancouver teenage girl with Down syndrome and autism have filed a complaint with both BC’s Human Rights Tribunal and BC’s ombudsperson, saying their daughter has been denied education after being banned from school for most of the past go year.

Tiffany Paul and Ramses Romero say it was cruel and discriminatory to keep their 16-year-old daughter Riley, who has complex needs, out of school for so long, and it affected her physical and mental health.

Paul says their daughter “just wants to be an ordinary kid” in a regular classroom with her peers. “It’s always been where she’s most successful,” says Paul.

But North Vancouver School District staff has spent most of the past year struggling to get Riley back to class, she added.

Paul said if her daughter was more “neurotypical,” she doubts she would have been banned from school that long.

“My daughter asks us daily when she can go back to school and we don’t have an answer for her and that breaks our hearts,” she said.

The family moved to North Vancouver two years ago, Paul said, and Riley settled in Seycove Secondary with the help of a specially trained autism counselor. But when that staff member was reassigned and replaced with another support worker, Riley’s anxiety peaked, Paul said.

In response, she began to behave, culminating in two incidents, including one where Riley broke a window and another where she started hitting objects with a baseball bat.

Paul said it helped the family understand that Riley would be out of school for a while.

She finally returned to school a few months later, in October 2021, part-time, but the support provided was not sufficient and there were no staff specifically trained in autism, Paul said.

Riley’s mental health was also affected by not attending school, she said.

In November, at a time when Riley had been on a new drug that was causing side effects, the most serious incident occurred when Riley was unable to jump out of a second-floor high school window.

Riley’s parents were again told she couldn’t go to school.

After that incident, Paul said Riley’s medication had been changed and her mental health had stabilized.

The family worked with a medical team, including a pediatrician, counselor and a psychiatrist at BC Children’s Hospital, Paul said. In January, that medical team thought Riley was ready to go back to school.

But in the months since, Paul and Romero say they’ve been given a bureaucratic detour from the school district and asked to attend numerous meetings.

But until now, the best thing Riley was offered was online learning or homeschooling with a school district employee for a very limited time, Paul said. “It’s been quite difficult,” she said. “We’re trying to keep her busy.”

Riley still lacks contact with her peers and regular teachers, Paul said, while her family has paid more than $65 an hour for tutoring. Both she and her husband have also had to reduce their own working hours to cope with the coordination of private lessons for Riley and the requests from the school district, she added.

Appeal filed with Ministry of Education

The family also appealed to the Department of Education’s Appeals Inspector after the North Vancouver school board ratified a decision barring Riley from attending class.

Paul said it is very ironic that the same school board recently voted for a policy aimed at ending discrimination against students with disabilities.

The North Vancouver School District declined to comment on the situation or make general comments about circumstances in which students may be asked not to attend school. But co-chair of the North Vancouver District Parents Advisory Council, Jennifer Branston, said it’s not the only case she’s heard about this year.

School district staff also disagreed with the family’s characterization of Riley as having been “suspended” from school, stating in those written documents, “Riley’s educational program has been temporarily moved to an online delivery due to safety and security concerns.” maintaining instructional control.”

Paul said discussions continue and she is still hopeful that Riley will return to school in a meaningful way before the end of the school year.