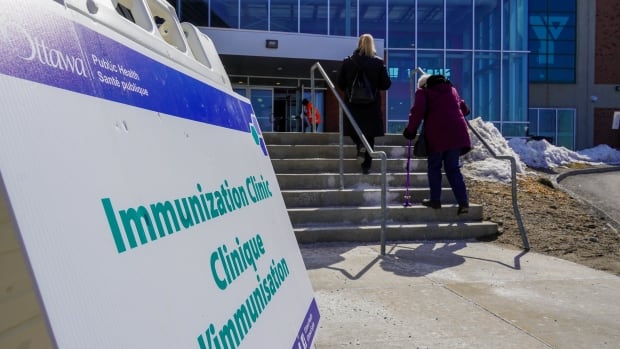 The Ruddy Family YMCA-YWCA building in East Ottawa — better known as the Orléans Y — has been sold and the facility will be closed, city council members say.

Innes Count. Laura Dudas and Orleans Coun. Matthew Luloff both shared a letter on social media from Bob Gallagher, president and CEO of the National Capital Region’s YMCA-YWCA, explaining that the COVID-19 pandemic had taken its toll on the organization.

“Our Y’s way forward will enable us to offer more employment services, newcomer programs, housing, childcare, camps, as well as health, fitness and water programs at our other locations in the National Capital Region.”

The agency’s daycare and city-run vaccination clinic will continue at the Centrum Boulevard location, the letter said.

It gave no closing date for closure. CBC contacted the YMCA-YWCA on Saturday, but received no response.

“I was very saddened and disappointed by the news,” Dudas said in an interview.

“It’s a recreation facility that is very popular in the East. My own family uses it regularly and the closure will leave a gap in recreation services for our growing community.”

In his own Facebook post, Luloff also said it was “with extreme sadness” that he learned of the impending closure, adding that he grew up playing basketball and training at the Orleans Y.

She said she doesn’t know who the new owner is or if they plan to use the building as a private recreation facility, but would try to find out.

“I will work with my Eastside colleagues and city staff to see what the city can do to fill the gap this facility will leave if it closes.” said Dudas.