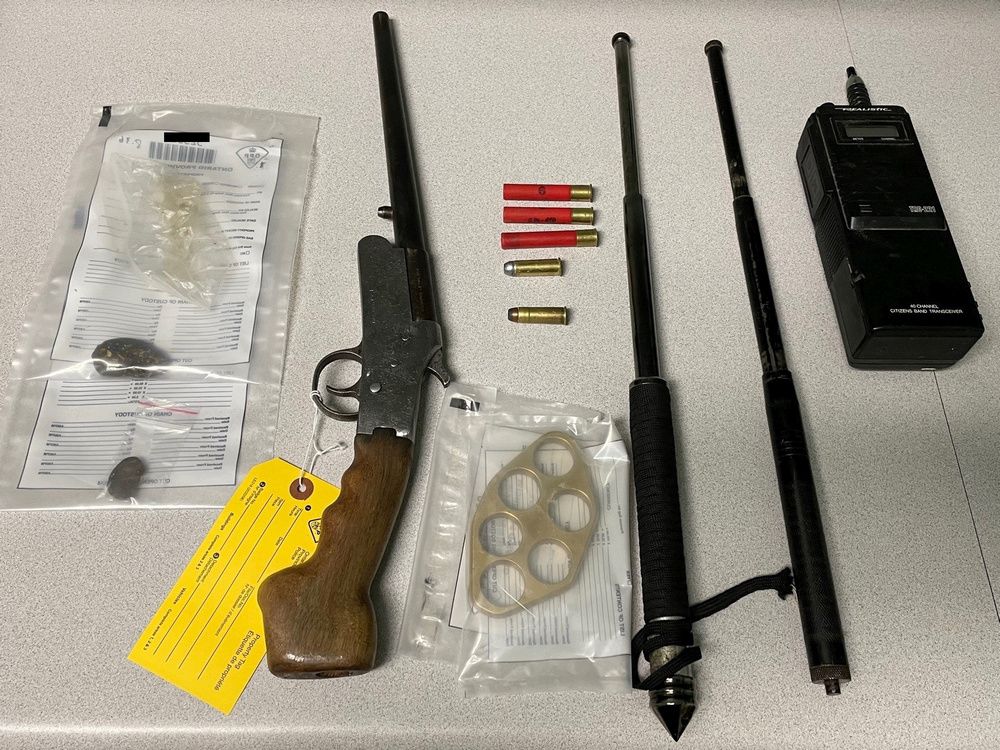 Provincial police arrested a 37-year-old man from Ottawa during a RIDE program shutdown and charged him with numerous weapons and drugs.

Verification of the man at a stop at the intersection of Shanly and Froom roads, north of Cardinal on the Seaway, revealed that the man was wanted on an unspecified warrant.

A search of the vehicle revealed a shotgun, ammunition, two extendable batting batons, brass knuckles, a radio used to intercept private communications and a quantity of suspected synthetic cannabinoid (an illegal street drug).

He is due to appear before the Ontario Court of Justice in Brockville on August 12.

To report information anonymously, call Crime Stoppers at 1-800-222-(TIPS) 8477 or submit your tip online at crimestoppers.ca. Crime Stoppers doesn’t want your name, you won’t go to court and you can earn a monetary reward.