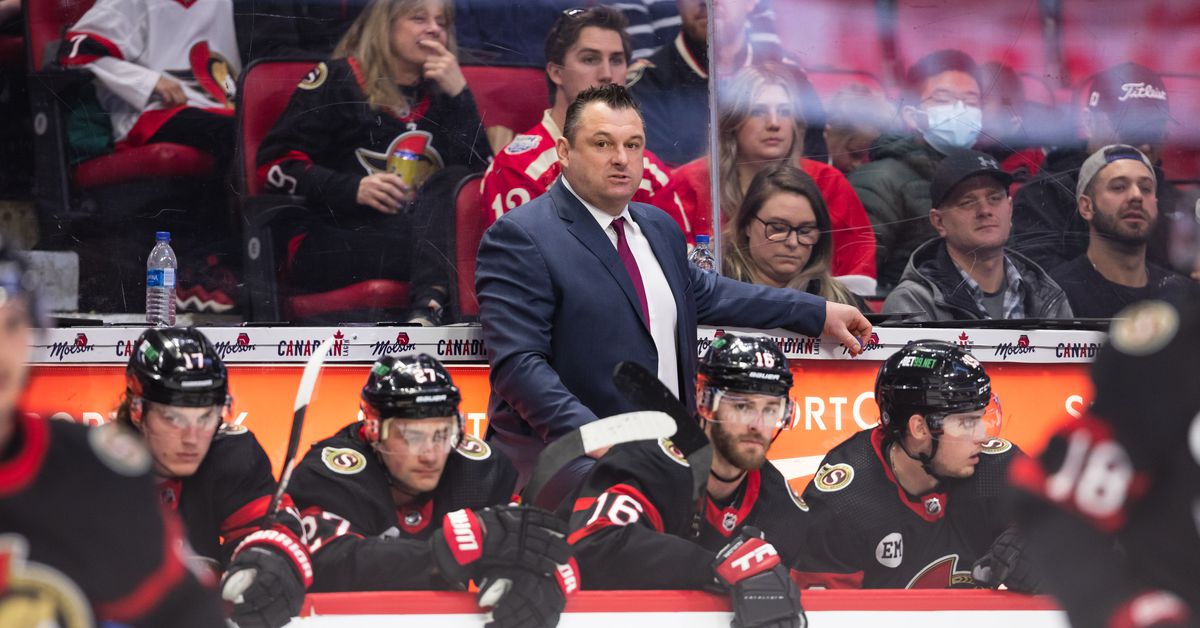 With the skaters and goalkeepers wrapped up, we now move on to the brains behind the operation. Despite their low rankings, the team faced several challenges, not limited to frequent key injuries and a COVID-19 outbreak. How did the staff and readers choose to evaluate the Ottawa Senators’ head coach and general manager? Let’s find out.

The staff and readers agreed on Smith’s performance this year – not bad, but not good enough to make up for existing problems on the roster.

Looking at the team’s lackluster play, it’s hard to judge how much of it is on Smith as opposed to the quality of the staff, but there are a few conclusions we can draw from the available data. For example, their power play was ranked 13th in the league in expected goals per 60 according to NaturalStatTrick, even though their PP% was in 20th place. The weakness here is the inability to finish chances – which makes sense when you consider that throughout the season, the team lacked the staff to set up two high-quality power play units. My guess is that with another strong shot, the system currently in place could become quite lethal.

Another way to evaluate Smith is through his decision-making about his lineup and player deployment. After giving Nikita Zaitsev more than 22 minutes per game last year, he reduced that to about 19 minutes, while keeping Josh Brown’s at about 14 a night. While a better option would have been to play against better players and not rely so much on Thomas Chabot, keeping Lassi Thomson and Jacob Bernard-Docker in the AHL was a priority, so Smith was more or less forced to do what he could with the group he had.

Turning to his work as a development coach, he gave Tim Stützle a sheltered offensive role as the 2C, allowing him to get used to the position in which he is now thriving as a legitimate top six forward. He also entrusted Erik Brännström with a bigger workload after Chabot’s injury at the end of the season – he was constantly improving for 20 minutes per game, sometimes even 23.

Overall, there seems to be some tentative optimism going into next season regarding Smith’s ability to be a successful coach in the NHL. Some may see 2022-23 as his last chance, but in reality it might just be his first real chance to coach a playoff game.

We start with his biggest achievement of the season: Dorion was able to successfully negotiate a seven-year contract with Brady Tkachuk, who would later become the team captain. Perhaps the signing didn’t happen as quickly as we wanted as he missed the team’s first three games, but they did achieve the crucial goal of locking him in before the puck fell on opening night. Unfortunately for Dorion, some other moves (or lack thereof) contributed to another losing season for the Sens. While he did take some steps to improve the team’s defenses, most notably with the acquisition of Nick Holden (while somehow persuading the Vegas Golden Knights to take Evgenii Dadonov’s contract in the process), the right side, two-thirds of which were Zaitsev and Brown, was left unattended. The lack of a top-six attacker was also a huge blunder, as in addition to the team’s poor playing numbers, a lack of finishing was also an issue.

As for the deadline, Dorion gets a pass. It was a solid move to beat Nick Paul in the bottom six and get a comparable player with RFA rights in Mathieu Joseph at the bare minimum, along with a draft pick, although the desperation at his takeover of Travis Hamonic is still is always a headache. scraper.

Despite some decent moves, the lack of meaningful acquisitions for the front corps and right side of defense almost guaranteed the team would struggle to win games this year.