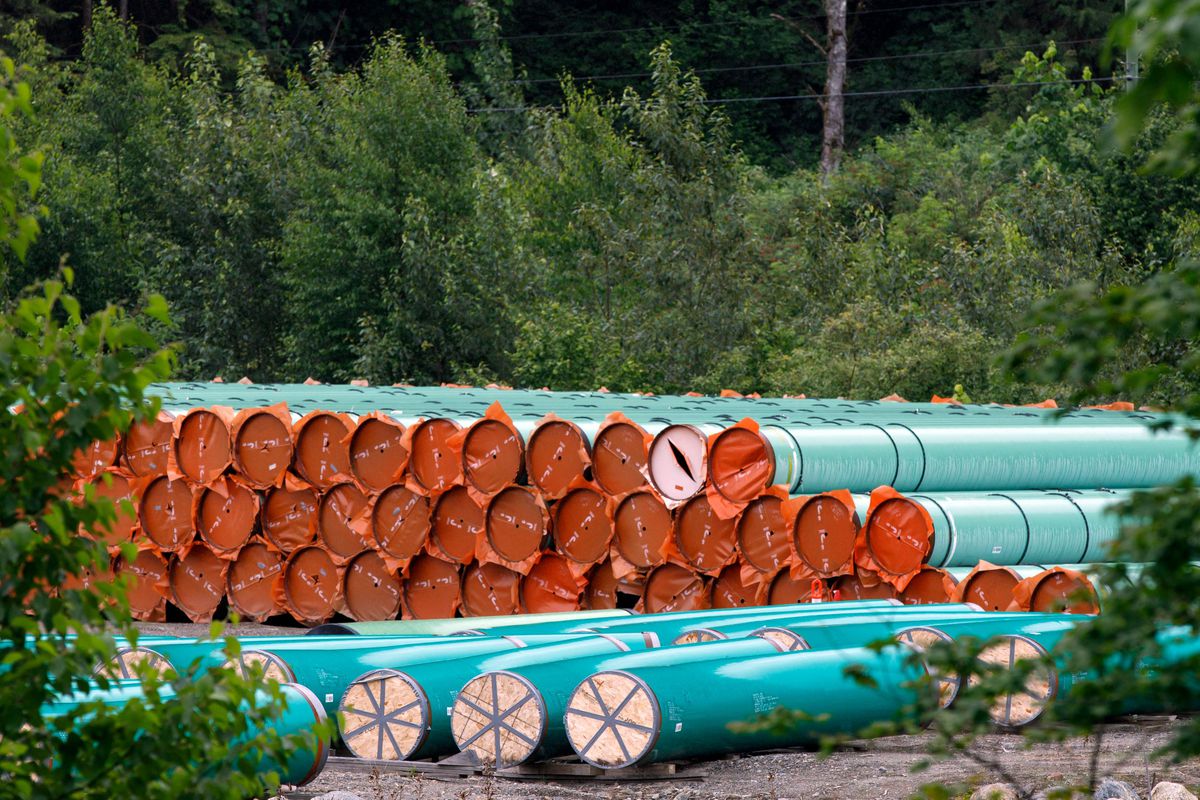 Ottawa’s purchase of the Trans Mountain pipeline extension project is expected to be unprofitable due to construction delays and increased costs, parliamentarian budget officer Yves Giroux says in a new report.

The Liberal government bought the expansion project in 2018 from Kinder Morgan Canada Inc. at a cost of $4.4 billion. The project will form a twin pipeline to address long-standing concerns that Western Canadian crude oil was being sold at a discount due to a lack of capacity needed to ship to export markets.

The purchase has often been criticized by environmentalists and the federal NDP as going against the liberals’ stated desire to cut Canada’s carbon emissions.

A 2020 report from the PBO predicted that, once operational, the government could sell the project for a profit of about $600 million. Wednesday’s report said the forecast has since shifted to an expected loss of $600 million.

“Based on the new developments since the previous report, notably the higher construction costs and the delay in the commissioning date, PBO finds that the government’s decision in 2018 to acquire the Trans Mountain assets to expand, operating and eventually divesting will result in a net loss to the federal government,” the PBO said.

The latest report updates that forecast using the same methodology, but includes two key developments with the project that have occurred since the previous report: much higher construction costs and a one-year delay.

The PBO analysis does not attempt to estimate any other economic costs or benefits associated with the pipeline.

“Alberta crude oil remains an important source of energy for Canada and the world as we continue to build a zero-zero future,” she said. “Albertans expect and trust the completion of TMX.”

The Crown company responsible for the project announced in February that the projected cost of the project had risen from $12.6 billion to $21.4 billion and would not be completed until the third quarter of 2023.

In May, the federal government announced it had approved a $10 billion loan guarantee for the project.

This week’s PBO report also states that in the event that the expansion project was halted and canceled indefinitely, the federal government would have to write off more than $14 billion in assets.

Adrienne Vaupshas, ​​a spokesperson for Finance Minister Chrystia Freeland, said in an emailed statement that the pipeline expansion project is in the national interest and is commercially viable.

“The federal government plans to start a divestment process after the project has been further reduced and economic participation with indigenous groups advanced,” she said.

Keith Stewart, senior energy strategist at Greenpeace Canada, pointed out that Prime Minister Justin Trudeau issued a press release in 2019 swearing that “every dollar” the government earns from the pipeline project will be invested in Canada’s clean energy transition.

“The federal government is losing money on the pipeline whose profits they promised to pay for green energy,” he said, ordering the government to scrap the project and shift the remaining budget to green energy projects.

Mr Stewart said the federal project is “actively undermining” the government’s climate policy and the ultimate costs and expected losses could end up being even higher.

With a report by James Keller in Calgary

For Subscribers: Get exclusive political news and analysis by signing up for the Political briefing†