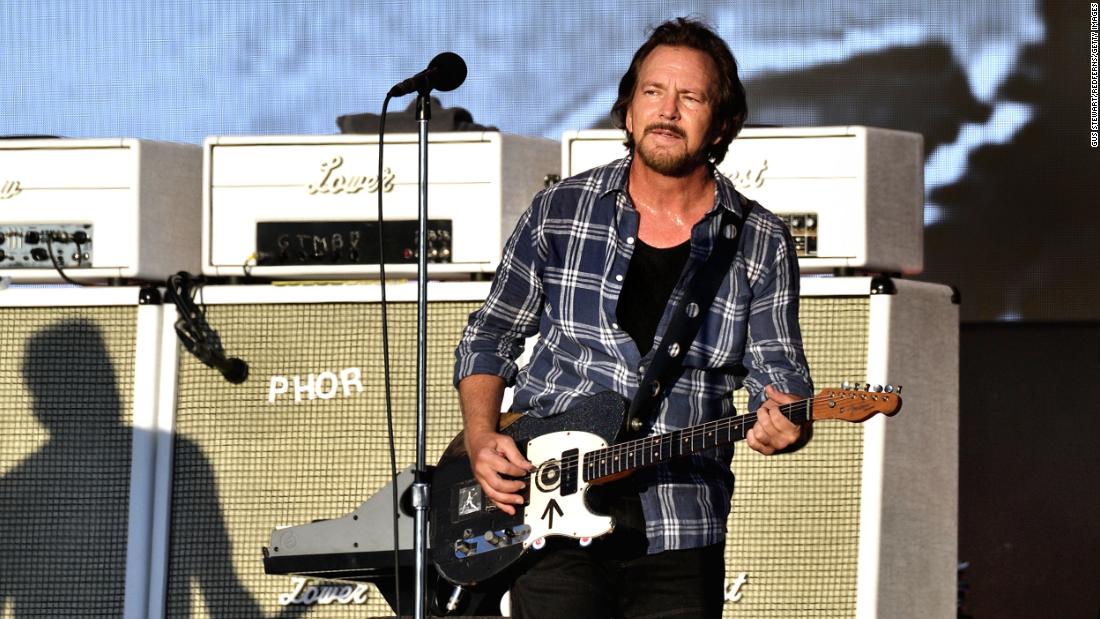 The band told fans on Instagram that lead singer Eddie Vedder’s throat was “damaged” during his last show outside Paris due to heat, dust and smoke from nearby fires.

“To all those who were expecting a great Pearl Jam show in Vienna, so were we. But due to the extreme conditions at the last outdoor venue outside Paris (heat, dust and smoke from the fires), our singer Ed Vedder has left throat damaged the statement said. “He has been to doctors and has been treated, but so far his vocal cords have not recovered.”

High temperatures and wildfires have spread across Europe this week.

In France, forest fires have burned 25 times more land this year than in the same period last year, government spokesman Olivier Veran told reporters on Wednesday. And Austria’s neighbor, Germany, registered its hottest day this year with even more heat ahead.

“This is brutal news and terrible timing… for all involved. Those who work so hard to put on the shows, as well as those who spend their precious time and energy attending,” the band added. “As a band we are very sorry and have tried to find options to play anyway. And Ed wants to play. There is just no throat available at the moment.”

Tickets are refundable at the time of purchase, according to the statement.

Pearl Jam has three more shows to go on this leg of its tour, one in Prague and two nights in Amsterdam. They will kick off the North American leg of their tour in September.