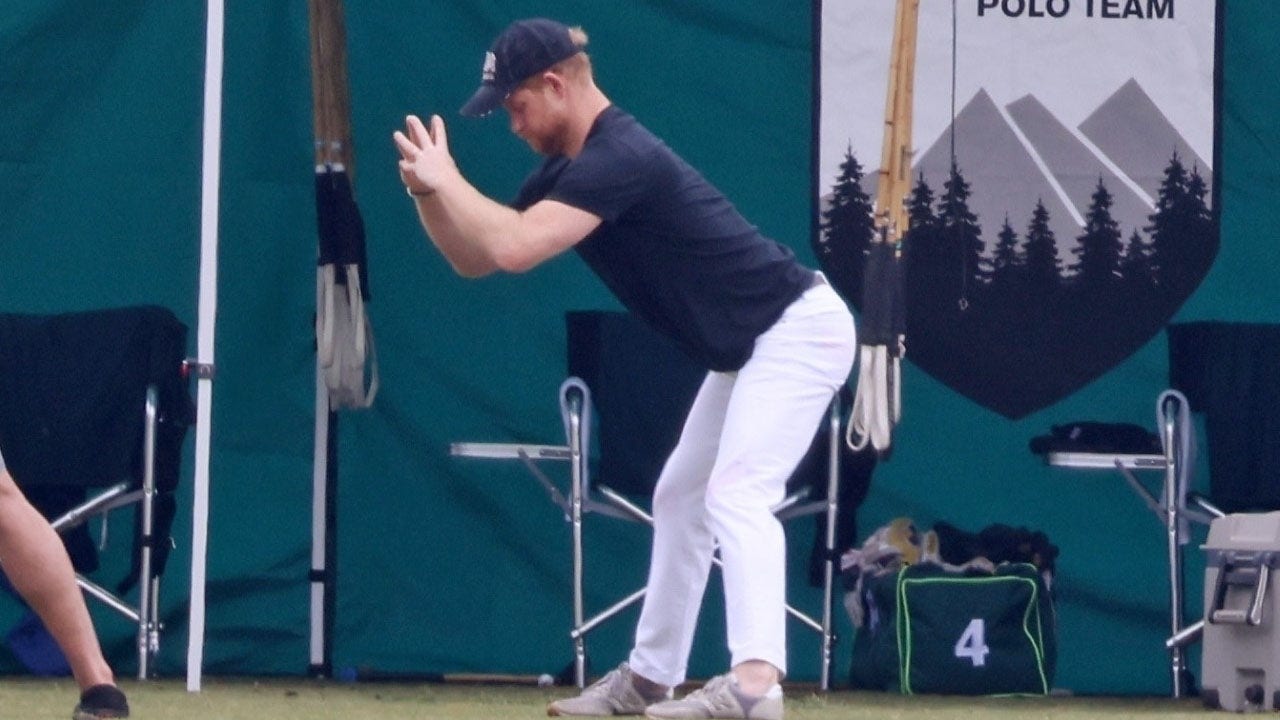 Prince Harry was back with a deep glute stretch for his polo match in Santa Barbara on Friday.

The Duke of Sussex emphasized his stretching techniques before competing with the Los Padres team. The match took place at the Santa Barbara Polo and Racquet Club.

Harry is no stranger to his pre-game stretch as he was caught performing a similar drill before a polo match in early May.

During that match, Harry played with his longtime friend, Argentine champion and model Ignacio “Nacho” Figueras, near his home in Montecito, California.

The 37-year-old’s wife, Meghan Markle, cheered for the British prince as she watched the match with Figueras’ wife Delfina and her close friend Markus Anderson.

Figueras, 45, took to Instagram and shared a snapshot of his team taken by his daughter Aurora.

“I am thrilled to ride alongside my friend Prince Harry and the rest of the Los Padres team at @santabarbarapoloclub’s Harry East Memorial Tournament,” he captioned the photo. “We have ridden together many times over the years and now that we are both parents it is extra special to spend this time together.”

“The Los Padres name was inspired by the field’s proximity to the Los Padres National Forest and also our connection as fathers,” the star added.

Harry grew up playing polo in his home country along with his older brother Prince William. He regularly plays polo with Figueras, who was one of the first to meet Harry’s firstborn Archie.

In 2020, Figueras spoke to Fox News Digital about how, like his close friend, he grew up with the sport.

“I started playing polo on a farm in Argentina when I was little,” he explained. “So I think the great thing about starting polo when you’re a kid is you don’t really think about it. You just like riding horses outside. So I guess it’s having fun on the farm with other kids and just running around not really knowing what you’re doing So I have the best memories of growing up riding horses and playing polo with other kids.”

In April, ahead of the Invictus Games, Harry Hoda told Kotb that he missed his family back home in the UK, but seemingly dodged a question when asked if he specifically missed his brother William and their father Prince Charles.

Harry has lived in California for two years.

“I don’t know how many people feel really peaceful, you know?” he said. “I sometimes feel very peaceful.”

The Duke and Duchess of Sussex’s departure from royal duties began in 2020 due to what they described as British media interference and racist attitudes towards the former ‘Suits’ star, 40. The family now lives in the coastal town of Montecito.

Stephanie Nolasco of Fox News contributed to this report.