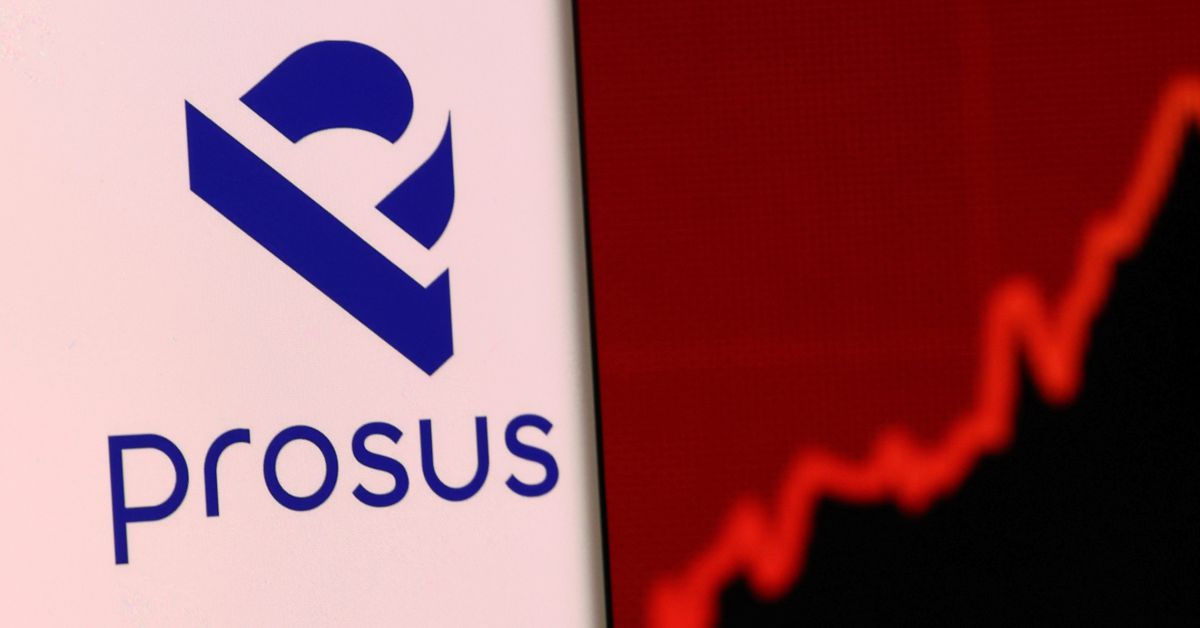 Prosus’ logo is depicted on a smartphone for the stock chart shown in this image, taken Dec. 4, 2021. REUTERS/Dado Ruvic/Illustration

The company plans to release its profit and loss figures later in the day.

Core profit for the fiscal year ended March 31 was $3.7 billion, compared to $4.9 billion a year ago.

“The macroeconomic and severe geopolitical challenges in the second half of the year have created significant headwinds,” Chief Financial Officer Basil Sgourdos said in a statement.

They also announced the sale of a stake in Chinese e-commerce company JD.com, which was distributed to Tencent owners, raising $3.7 billion in revenue.

The key figures were in line with indications the company had given in a June 15 trade statement that it expected underlying profit to fall 14-21% as a result of higher investment costs in the e-commerce businesses it operates and lower dividends from investments such as Tencent.