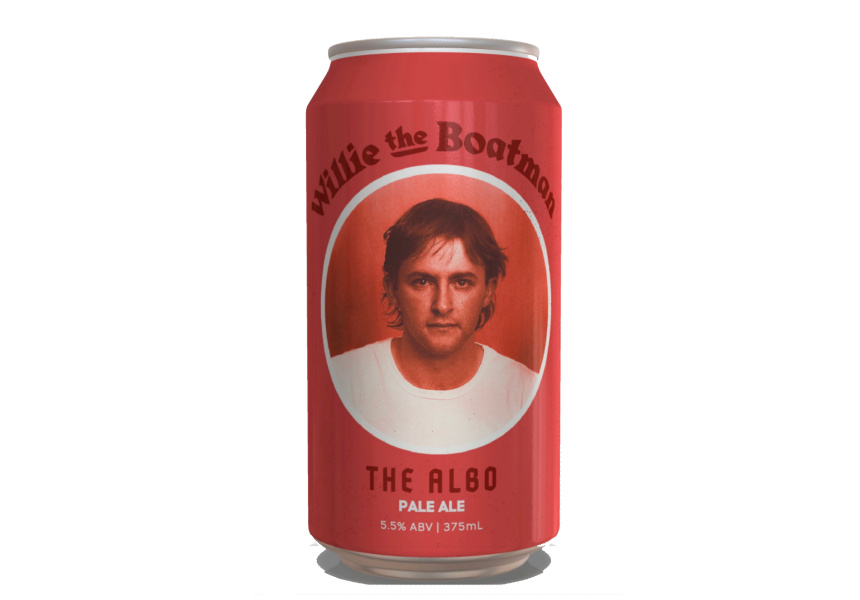 After an excruciatingly long election campaign, Australia has a new Prime Minister in Anthony Albanian. And if you want to celebrate the win, Willie the Boatman brewery in Sydney has the perfect eye-catcher.

In 2015, the brewery released the Albo Corn Ale as a tribute to Prohibition-era America’s beers. But it has been given a facelift for a limited time.

The new limited edition tin features a red tinted photo of the new Prime Minister from the 1980s – you may remember him from the #HotAlbo hashtag of 2013. It shows Albanian in her early twenties – long hair, a single earring, white T-shirt and an intense gaze.

“Hot Albo’s design just seemed appropriate to me. It reminds us of his humble beginnings and it shows a different side of the man himself,” said Willie the Boatman founder Pat McInerney. pamphlet† “In this photo he is young, ambitious and he really wants to change something.”

The brew uses corn and pilsner malt as its base, with delicate fruitiness of Galaxy and Ella hops and a fresh, clean taste. It is currently sold out at the brewery and three quarters of the next round has already been reserved.

A person who misses nothing? Albo of course.

“I made sure he got a few cases of the first batch of cans. We also made sure he also had stock for election night,” said McInerney. “In my opinion, he loves it.”

Located in Sydney’s inner-western suburb of St. Peters, Willie the Boatman is one of Albo’s favorite breweries, and also within his electorate. Just before Sydney came out of its last lockdown, pamphlet asked the then opposition leader and member of Grayndler which location he wanted to visit first.

“I’m excited to go back to Willie the Boatman, one of my favorite breweries,” he told us. “Not only do they make an excellent beer (they even named one after me!), but they consistently support the Inner West community.”

Willie the Boatman’s Young Hot Albo Pale Ale is available for pre-order online, with a release June 1. It costs $22 for a four-pack or $95 for a briefcase.