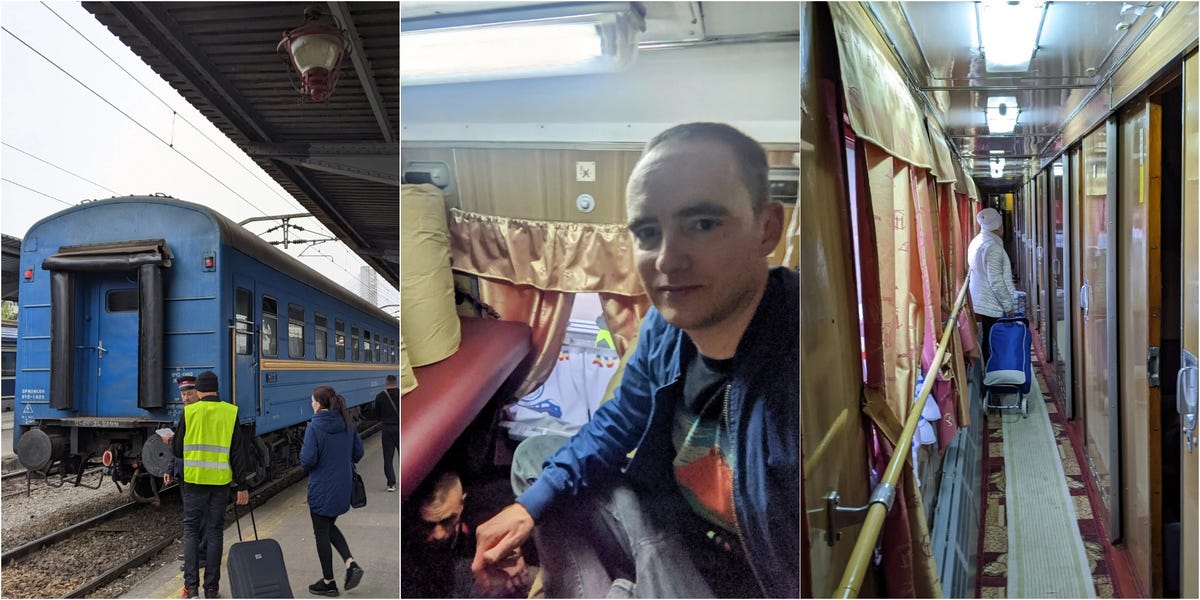 CHIŞINĂU, Moldova — I got on the train in Bucharest, Romania, just after 7:00 PM, and got off in another country at 8:30 AM the next morning.

An experience.” Everyone I’ve told about this ordeal concludes that this is why I would voluntarily choose to spend nearly 14 hours on a train that looks and feels like something that transported dissidents to Siberia in the Josef Stalin’s time to move from the Romanian capital to Chișinău, the capital of Moldova.

The reason you’d choose this mode of transportation, other than storytelling, is to be frugal: a ticket from Romania’s state rail company CFR Călători cost just $32.34, compared to $160 for a 70 minute flight. There is also a bus – stated travel time: eight hours – for just over $26, but I can’t say what that journey might be like.

The “sleeper train” I stumbled on is an old train. “Soviet era” doesn’t really do it justice – it’s, give or take, half a century away from being new. It’s primitive. The ride isn’t as smooth as you might think a vehicle sliding on rails should be. Somehow it feels like there are potholes.

Yet it is not barbaric.

Each car is divided into cozy quarters for four people, in bunk bed style, connected by a narrow hallway. Each bed has two numbers above it – your ticket has one, which ostensibly corresponds to a bed, somewhere. I never found mine. But through negotiation, largely through body language, I finally found a bed that someone else hadn’t yet decided was his.

I got a mattress with stains about which the less said the better; a pillow; and sheets that have the smell of a strong-smelling detergent, that is, they were clean. It is well.

There is a bathroom. That bathroom is fine too, actually. As for the dining car? There is no. Bring your own food and drink, otherwise you will get hungry and thirsty.

The real issues are privacy and sleep — or lack thereof.

If to fall asleep you need peace, quiet and a bed that doesn’t sway and indeed rocks violently as if the train decided to become an off-road jeep driving through the roughest terrain in Eastern Europe, you won’t find it here find.

Pure exhaustion does not subdue you either. After midnight we arrived at the border between Romania, which is a member of the European Union, and Moldova, which is not. A cop got on the train and took everyone’s passport (don’t do what I did and put your passport somewhere you’ve never put it before, frantically searching before the cop shows up at your door, much to the amusement and slight concern of the three adult men sharing your room).

It took about an hour for the agent to reappear with the passports. Inside was a new stamp with a train on it. Cute.

It was now after 1am and I thought I could confidently try to go back to sleep, assuming there would be no interruptions for Chișinău.

false. inaccurate. We have only just left Romania. Now we drove into Moldova.

Another officer boarded the train. They asked a question, “Why are you coming?” They got off the train. An hour later they came back. That’s when I got into the rhythm.

Now you might try to fall asleep again, if you still try on this train.

Just kidding. Now they change the wheels. Yes, trains have wheels that you can change, and not every country has the same width of rails, that’s why you have to change them. The popular explanation is that this was an attempt to hinder foreign invasions and smuggling during Soviet times. I learned this a little after 3 am

How do they actually change the wheels? Who knows. It was dark and I am not an expert on trains. I can only explain that it felt as if the off-road train Jeep had popped its tires and the driver was now, unconsciously, going from edge to stone.

During this ordeal, the twenty-somethings in the room next to mine may have been playing cards, drunken drunk, and listening to a mix of ’80s EDM and pop (“Right Here Waiting for You,” by Richard Marx, comes to mind) .

At 4 o’clock I fell asleep. But before we arrived, a man shook me a bit and told me to get up in Russian or Romanian. I don’t know if he was an employee or a fellow passenger, but I felt like a teenager being late for school.

This was about 40 minutes before our arrival. What does it matter? I hit the snooze button, figuratively. You are not my real father.

This time, a man who definitely worked for the train company woke me up, and he seemed disappointed. I didn’t see the problem – isn’t this the end of the line? – but I hastily gathered my things.

“I thought it would be the new train,” said my translator in Moldova, Andrei Rusu, when I arrived at the station in Chișinău, where he was waiting for me on the platform.

It was definitely not ‘the new train’. It was an experience.

Do you have a news tip? Email this reporter: [email protected]