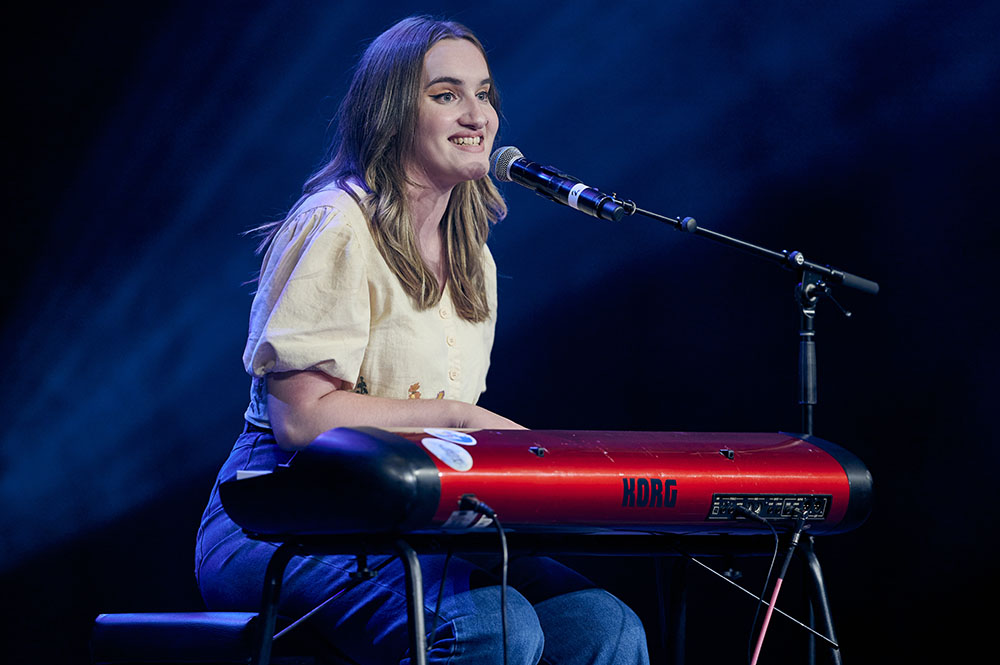 The Sydney Comedy Festival Gala in Het Staatstheater was a preview of some of the acts that will make up this year’s line-up at the festival. Featuring talent from around the world, each act was given 5 minutes to impress the crowd enough to make you buy tickets to their show and give a hint of the hilarity the festival has to offer.

Nikki Britton MC’ed the evening and without a doubt garnered some of the biggest laughs. Her jokes about what it’s like to be a single, childless woman in her mid (to late) 30s were hilarious. Disclaimer – I am a single, childless woman in my mid (late) 30s, so I was clearly her top demographic. Discussing men’s strange and disproportionate pride in their genitals and calling one man’s penis a “hairy flesh chandelier” hanging in front of their asshole, half the crowd got very uncomfortable, and the other half (myself included) doubled down. in laughter. Her skill at driving away from the crowd and her ability to read the room made her one of the best acts of the evening.

Scottish comedian Larry Dean’s story about his partner instructing him to fart in a corner and not in their bed was comic gold, as was Lloyd Langford’s awkward retelling of the time he went to ‘see’ the parents’ room in Myer – without his child. Rhys Nicholson entertained the audience, explaining how he and his partner achieved nothing during COVID lockdown except a drinking habit – a sentiment woven by many throughout the evening.

Kirsty Webeck’s anecdote about first aiders was surprisingly accurate, Floyd Alexander Hunts advice to couples really struck a chord (a violin chord to be exact) and Gabi Bolt’s (header image) tribute to children everywhere through her song ‘Thank Fuck You’re Not Mine’ was both catchy and out loud funny.

The Sydney Comedy Festival Gala is like getting a box of chocolates, but without being told what you’re getting. Some you love, some you hate, some you wish you never opened the box, but at the end of the day it’s still chocolate. And after 2 years of dieting, we could all use some chocolate in our lives.

THREE STARS (OUT OF FIVE)

The Sydney Comedy Festival will run at various locations until May 22, 2022.

For more information and to book, visit the website.

More to discover at the AU: