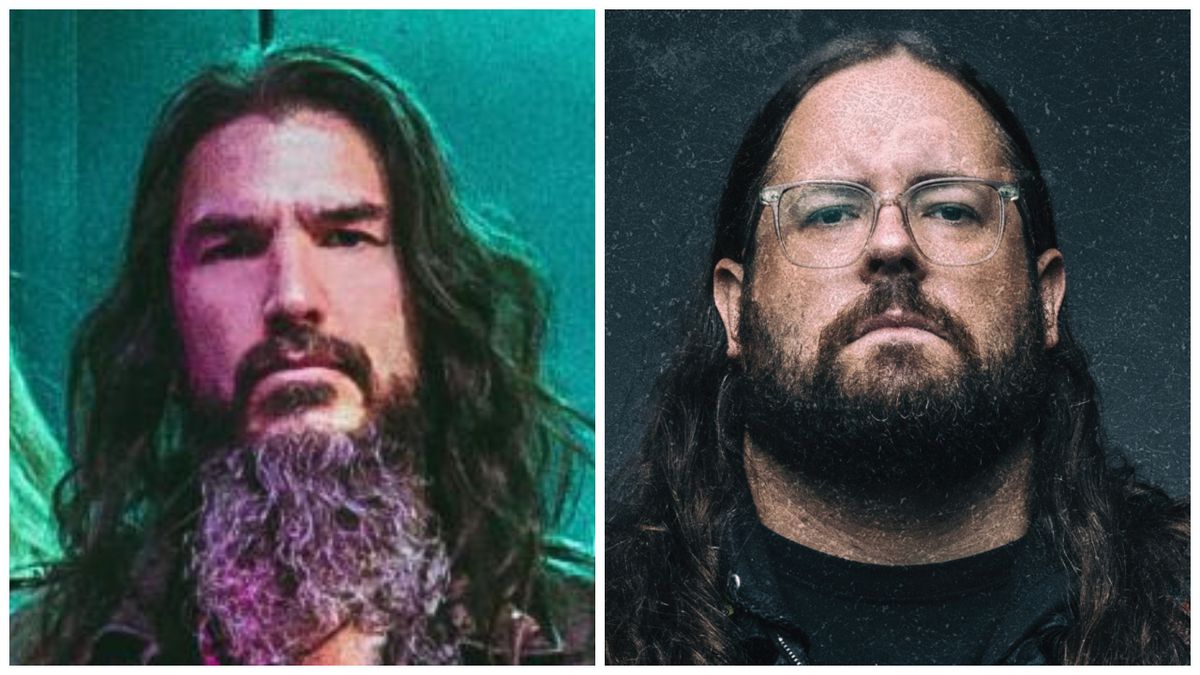 Trevor Strnad was a funny, witty, smart, sweet boy. He was such a huge presence, an incredible front man, a metal maniac. Everyone I know who met him loved him.

The very first time I ever met him was in the mid-2000s. Machine Head was touring the US and we had a day off. Cannibal Corpse was playing a show that night, so we went to see them. The Black Dahlia Murder was on the program, and we caught the end of their set – they sounded great and we ended up hanging out. Municipal Waste played a show that same night at a small club down the street. We were like, “Let’s get fucking mad at municipal waste!” So we all went down and Trevor went with us.

He and I just hit it off. He had a ridiculously hot girl with him, but he ended up staying with me all night. We got a shit face – absolutely destroyed. He threw up on the bar at one point when we were shooting, then kept drinking! This was my first time hanging out with that man and it was like I’d known him for 10 years. I was absolutely furious with him and laughed my ass off. He was the kind of person who could get along with anyone and you would be best friends right away.

We mainly talked about music and about metal. We talked about how our tours went and how amazing municipal waste was. Finally I picked his brain, “Have you heard any good bands that you love now?”

I’ll never forget, because he talked about this band Scarlet, and I’ve never forgotten it. The opening track on their record was called “Obsolete”, man, I must have listened to that track at least 500 times. I listened to it when we were working on The Blackening, and that one song had such an influence on that record – the way I started the record, the way I played some of the songs. And it was all because of Trevor, because he brought me on this tape.

He had more knowledge of metal than most people I know. He was constantly going through YouTube rabbit holes, just listening to demo bands. He was so into it. I don’t know if we could have asked for a better ambassador for metal than him. But he was also a big fan of Motown and R&B. We had a talk about it – if he wasn’t listening to metal, he’d put on some Motown.

Machine Head toured with The Black Dahlia Murder in 2012, and then I realized how good he really was as a singer and as a performer and as a lyricist. Lyrics are the only thing I’m drawn to, and he had some genius lyrics – and some damned ones too. There is one song Christ deformed that is about priests in the catholic church who molested and raped children. It’s so damn primitive, and that’s not an easy topic to write about.

The last time I saw him was when they played in the Bay Area in 2021. We hung out before and after the show, we didn’t get cheated that night – their next show was in Los Angeles, so he didn’t want to be a mess.

I had him on my podcast a few weeks before and we were talking about that. we had spoken [on the podcast] two and a half hours long — it was the kind of conversation you’d never have with anyone on tour or backstage. He’d been in a pretty dark place – he’d done an interview two or three months earlier, and it was brutally honest – he went into great detail about how depressed he’d been and how bad the pandemic had been. We ended up talking about that interview on the podcast and he told me how he had been doing ketamine therapy for depression. He seemed to be in a better place than when he’d done the interview a few months earlier. The feedback I got from that podcast was, “That guy is the nicest, sweetest guy.” And I told him that afterwards, and he was excited about it.

He will be missed by everyone who knew him: his bandmates, his friends, his family. To me he was an icon of the scene. He was just a great guy.