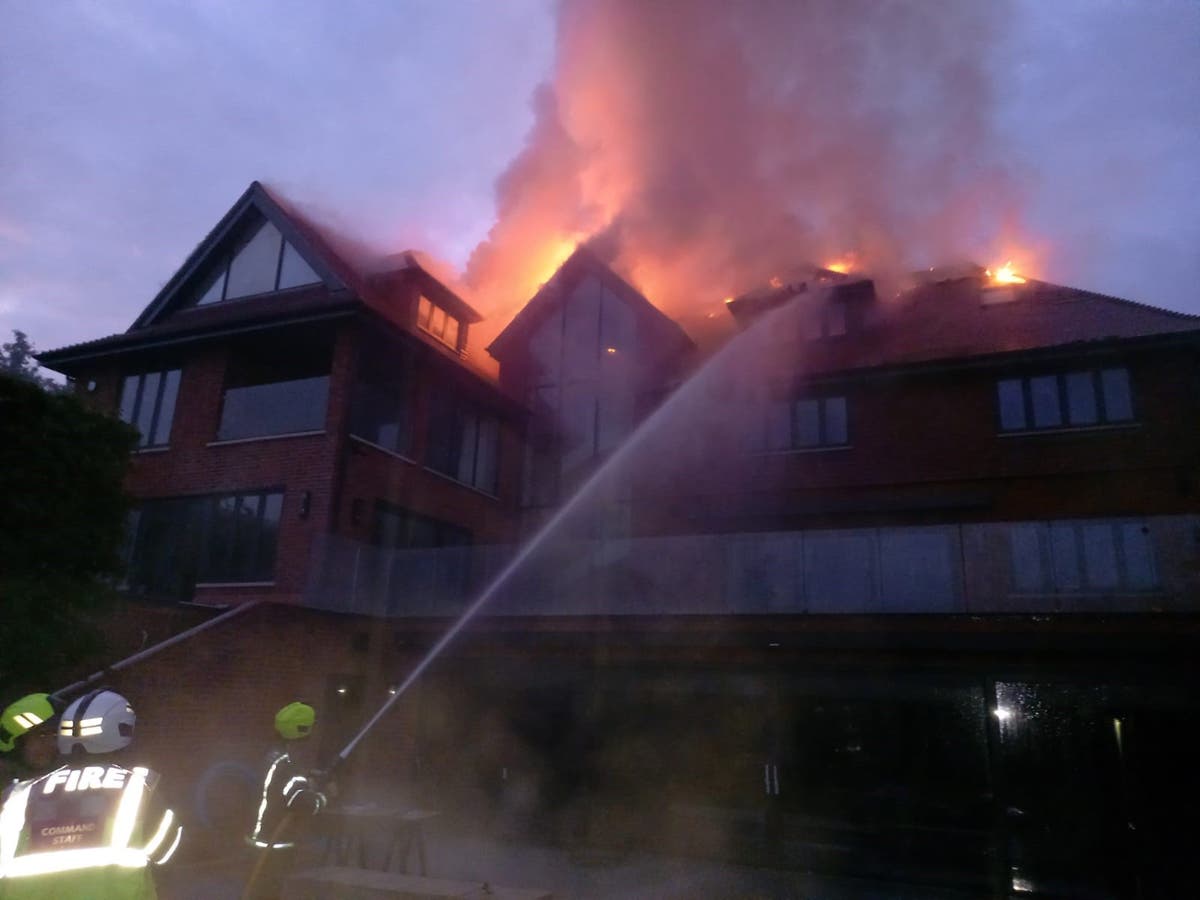 About 70 firefighters rushed to fight a blaze that ripped through a house in south-east London in the early morning hours.

The roof of the house caught fire when 10 fire engines arrived at the scene in Chelsfield Hill, Orpington.

Fire Departments from Orpington, Biggin Hill, Bromley and surrounding stations are on the scene.

London Fire Brigade said there are no reports of injuries at this stage and the cause of the fire is still unknown.

Station commander Clive Robinson, who was on site, said: “The crew has worked extremely hard to bring this major fire under control and are expected to remain on site for some time.

“The fire is causing a lot of smoke and people in the vicinity must keep windows and doors closed.”

The bridage has warned that traffic will be disrupted if the A21 is closed between Rushmore Hill and Hewitts roundabout.

Motorists are advised to avoid the area as much as possible.

It’s because national rail strikes have led to an increase in car commuters due to the lack of train services this week, which has already caused an increase in traffic.