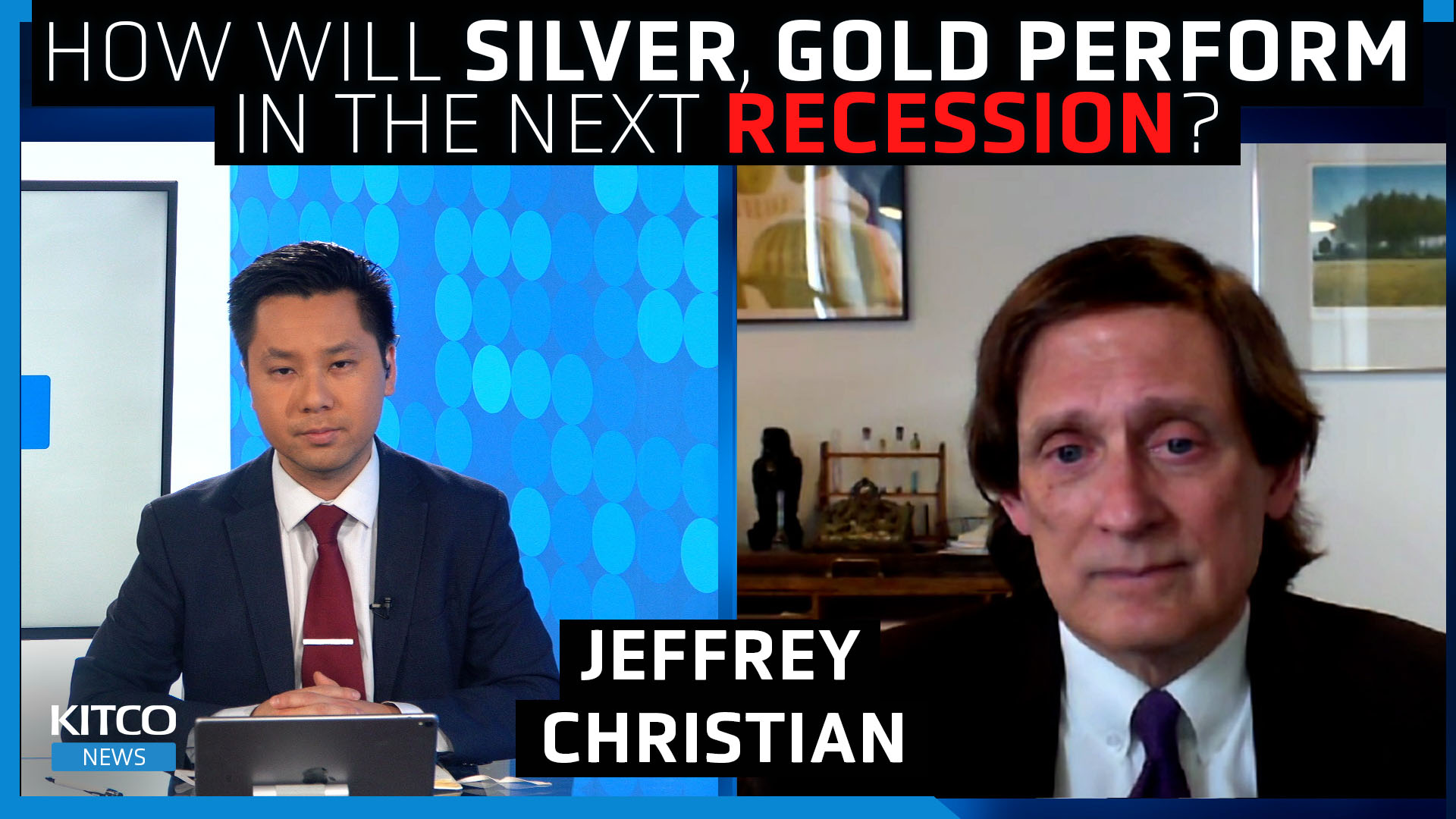 A recession will set in by 2024, but there is a silver lining to precious metals and the US dollar.

So says Jeff Christian, managing partner at the CPM group.

Christian spoke to David Lin, anchor and producer for Kitco News. Christian believes that a recession will likely hit the silver market by 2024.

“You would see less industrial use of the metal in a recession, but that’s a relatively minor factor in terms of price. The price would probably rise sharply due to demand from safe-haven investors… silver prices tend to do well in a recession and early in a recession,” he said.

When it comes to inflation, Christian is not optimistic that the Federal Reserve can lower prices by raising interest rates.

“Well, the Fed has some problems,” he said. “A lot of the inflationary pressures come from the supply side, and supply tends to be less responsive to interest rate changes… and those things have been exacerbated by China’s zero-COVID policy, by the Russian invasion of Ukraine, and by a variety of other things. ”

Christian said Biden’s infrastructure spending will have opposite effects on inflation in the short and long term.

Despite his bleak inflation outlook, Christian suggested that the US dollar will continue to appreciate against other currencies.

“There’s a lot of money flowing into the US dollar to invest in government bonds because they have a higher yield than their competition… It will probably stay that way… So the dollar is rising partly because it has higher interest rates, and partly because other economies are in worse shape than the US economy,” Christian said.

The recent moves by Russia, China and Saudi Arabia to de-dollarize the dollar don’t bother Christian.

“There are a lot of people who in theory would like to get away from the dollar. And… in the next few decades we will probably… move to a multipolar international currency regime. But that takes a lot of international cooperation, which is deteriorating at the moment. like water in the desert,” he said.

Christian stated, “Anyone who invests in the belief that the dollar is about to collapse is destined to lose money.”

If the US dollar rises, Christian believes that gold will also rise in price.

“Gold and the dollar are the two safe havens that people run to in times of uncertainty,” he said. †[T]The reality is gold doesn’t trade against the dollar two-thirds of the time.”

He is also skeptical that China or other countries will create gold-backed digital currencies.

†[The] The Chinese government and the People’s Bank of China have no interest in converting yuan into gold, because that destroyed France, and destroyed England, and that’s what hit the United States,” he said.

Watch the video above to see Jeff Christian’s outlook for silver and gold prices for the coming year.