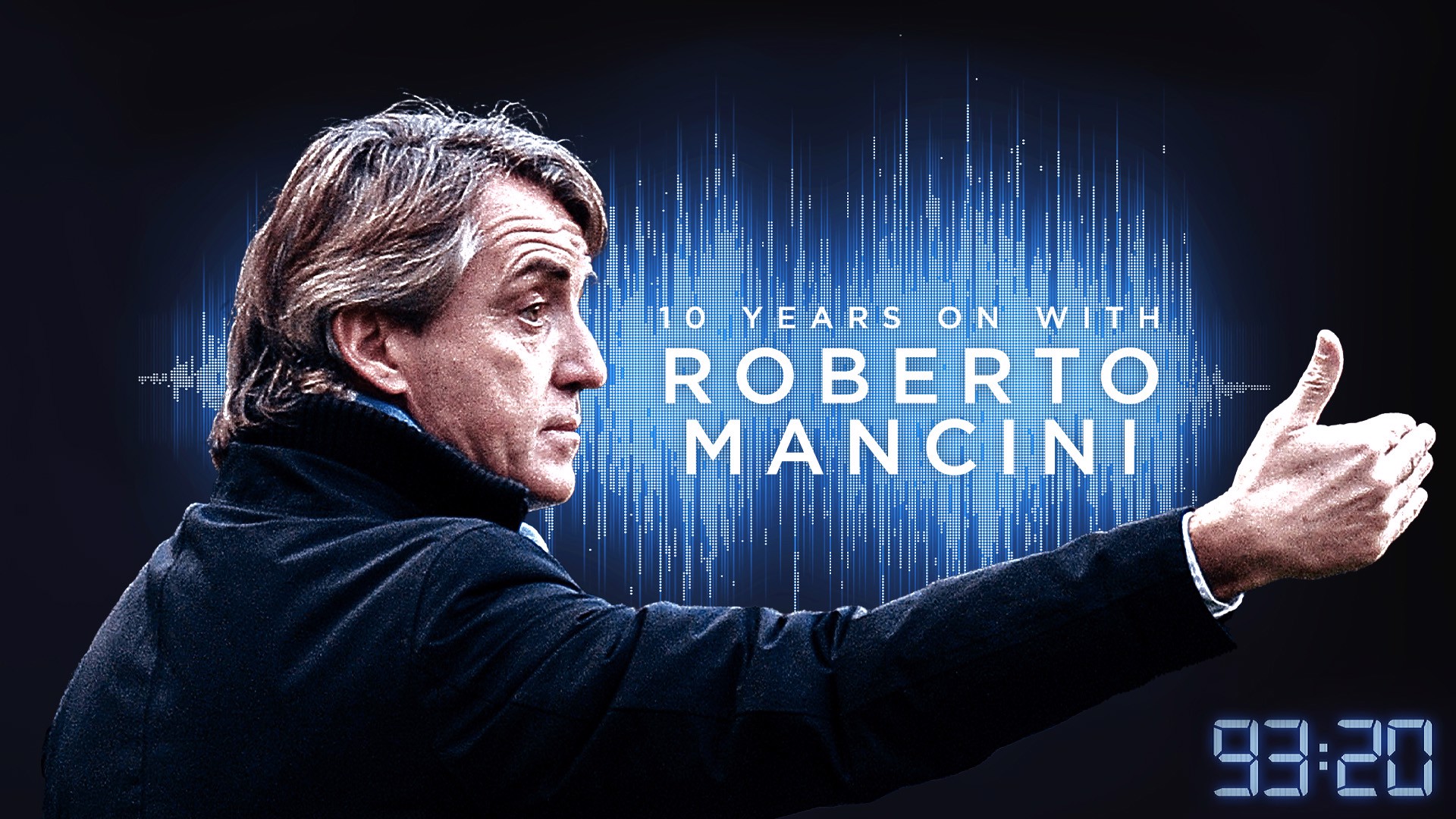 Roberto Mancini believes City’s iconic 1-0 Etihad derby win over Manchester United in 2012 set the club on course not only to win our first Premier League title, but also the course of football history in the city has changed.

Reflecting on the 10th anniversary of our 2011/12 title win in his extensive 93:20 CITY+ interview, the former City boss emphasized the special significance of that memorable Monday night derby at the Etihad.

And he said the symbolism of overcoming the reigning champion in such a big game and suddenly being in charge of our title destiny (after being adrift eight points at one point) was seismic.

“After many weeks we were on top and at that point we had everything in our hands,” recalls Mancini.

“After beating them at the Etihad, we had a great chance of winning (the title).

“We celebrated as usual after United’s game, but we also knew that ‘Okay guys, we have other tough games. We have to have an important concentration, because it is very important.”

“I have a lot of respect for Sir Alex and for what he did in football history in Manchester, and what he did with United.

“But you know, when we played this game, we were both so nervous at the time.

“I also think that at that point something has changed in Manchester after so many years.”

Kompany’s match-winning header that night impressed the pantheon of iconic City goals of all time.

The captain and leader of Mancini’s team, Kompany, has also cemented his reputation as one of the game’s best central defenders during the Italian’s time at the Etihad.

Ironically, in the early stages of his City career, following his move to the Hamburg Etihad in the summer of 2008, the Belgian was often deployed as a defensive midfielder.

But Mancini revealed he had no doubts that central defense was the role in which Kompany’s talent would truly thrive.

And the Italian, now in charge of Italy’s national team, said the influence and impact of our Belgian centre-back on that extremely talented City squad was almost impossible to quantify.

“When I arrived at City in 2009, Vincent played sometimes as a midfielder and sometimes on the bench,” recalls Mancini.

“But I knew Vincent from many years before, as I followed him when he was a young player.

And he also scored that important goal against United!

“With his quality, he could also play as a midfielder, but we had a lot of them in that position.

“And I thought Vincent was a really good central defender. I think probably one of the best.”